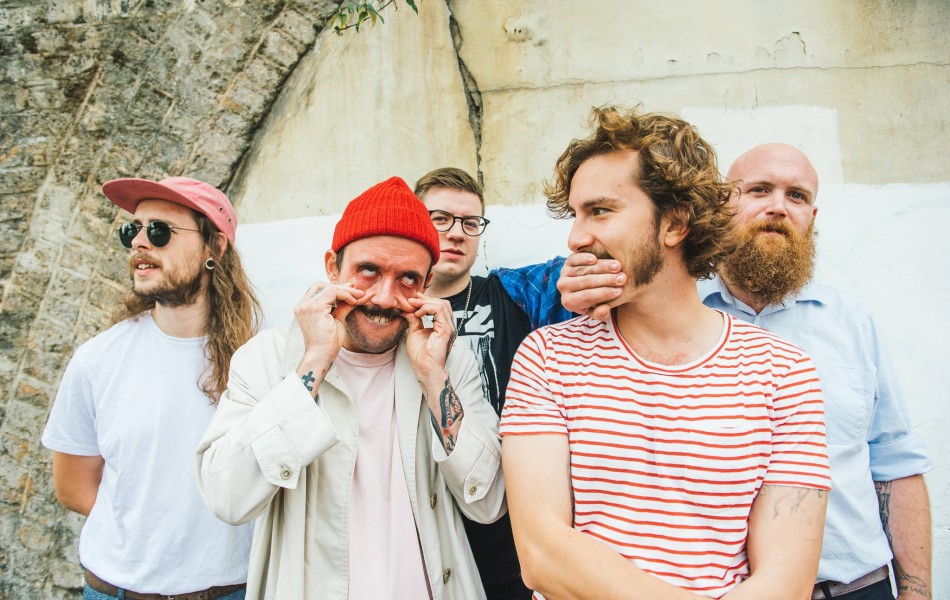 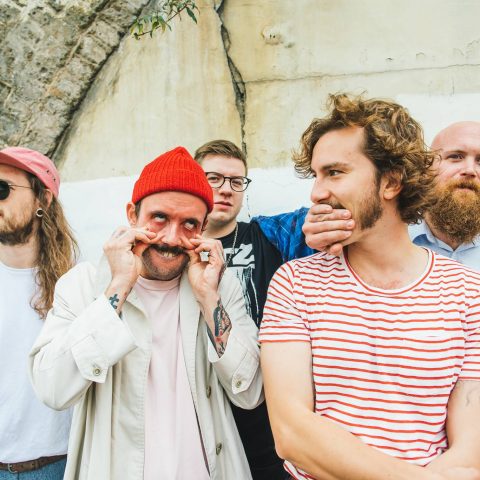 We’re very close now to Christmas and also the end to what has been a cracking 12 months of music. In our second of three end-of-the-year features, we invited some of our favourite Bristol artists to share their highlights and achievements of 2017.

Check them out below and be sure to follow their music in 2018!

“This year has been a dream. Having played our first UK festivals, we’ve seen so many opportunities come our way. 2000 Trees paved the way forward, we were then invited by BBC Introducing to play Reading & Leeds and were later invited to do a live session at Maida Vale. As well as releasing an EP earlier this year and going out on 3 tours, it’s been busy and beautiful. So grateful for everyone’s support. More of that please 2018!”

“GA Tour – Our first major tour experience European or otherwise. A real eye opener and a level of standard with which we’ve set our sights on. An experience from which we all caught the touring bug, along with a few other bad colds along the way…

Festivals, in particular Farmfest and Boomtown – We’ve had a amazing summer of festivals, the reception has been incredible. In particular Farmfest and Boomtown really brought a high octane crowd. Farmfest was pretty special as it’s close in location to Bristol where we live so we had a big crew there with us. Boomtown was something unexpectedly, the tent was totally filled with this electric atmosphere, people were really going for it with the dancing.

Autumn Headline Tour – First headline tour, you’ve got to be nervous about turn out but all shows were a success each with its own charm! Birmingham was Katy’s first homecoming gig, all the love and bristol was as ever a buzz.

Lexington – Always a pleasure to play in London, and the Lexington was no exception. With it sold out the crowd was a sea of smiling, singing, dancing people. Lots of singing which still feels strange but brilliant. It felt like such a smooth enjoyable show, the sound and space there is fantastic, a big thank you to everyone who made it happen.

“My highlights of 2017 include performing at Maida Vale for BBC introducing, it was totally surreal and life affirming to walk in the same place as heroes of mine like David Bowie. Another would have to be Glastonbury, it was unbelievable because I honestly didn’t expect that many people to come and watch the band and I perform, it was a show I will remember for a long time.

The Drums tour which we supported on a bunch of shows was a taste of what its like to not go home and be on the road and to be honest I didn’t want to come back home, I wanted the tour to carry on forever. Finally, releasing ‘Squeeze Me’ this year has been a dream, that song sums up a lot about where I am and what ambitions I have going forward. Looking to the future I am very excited to release more, perform more and get better at my art.”

“Our highlights and achievements of 2017 have consisted of releasing the two singles ‘Petty Child’ (April) and ‘America’ (October), playing Bristol Harbourside festival at a heavily packed out Thekla, ‘America’ featuring on Tom Robinson’s BBC Radio 6 show, a number of features on Adam Walton’s BBC Wales show, and supporting Dream Wife’s sold out show at the Louisiana.”

“Playing and selling out my ‘Frisson’ single launch gig at Cafe Kino was an amazing experience and the most fun I’ve had playing live. I would do it 100 times over if I could, that night was special.

The whole process of the releasing a single with Leisure Records and the small team I seem to have formed around me was a huge learning experience and I think everyone achieved more than what we wanted from it!

Getting on Spotify’s release radar and discover weekly’s playlists alongside being put on FloFilz and Henry Green’s personal playlists were all great moments.

The biggest achievement for this year has got to be getting the news to go and play at Maida Vale with BBC introducing in the West in a few weeks. We are so excited!”

“Releasing our debut album. Genuinely one of the most amazing feelings in the world. We both stayed up until midnight on the night it was released and talked to our fans who were hearing it first. We will probably never ever forget that!

Walking into HMV and seeing our album on the shelf. It’s something we’ve both dreamed of doing since we we first started playing music.

Headlining a Bristol festival. We were fortunate to headline the outdoor stage at The Thekla at this year’s Harbour Festival and played to thousands of people. It was such an incredible feeling!

Playing a sold out headline show in London. This needs no explanation really, it was an amazing night and one we will never forget.“

“In addition to releasing albums and EPs, I’m massively proud of both SLONK and Milo’s Planes, but my highlight of the year so far has been handing in my notice at work. I got a deodorant and shower gel gift pack as my leaving gift and that’s fine. I’m on tour at the moment but I smell much better than someone on tour normally would.”

“This year has been pretty insane and a lot of hard work but really worth it. I feel like I’ve involved myself in a range of really amazing projects that have really helped me grow and learn new things, especially with finding a newfound love and patience with the recording process from making my debut EP Centella. The most important piece of this year has been the amazing and treasured support network of friends and family I’ve felt build around me.”

“2017 has been a great year for us. We had an amazing festival season including opening the John Peel Stage at Glastonbury which was a dream come true. We have also been lucky enough to cross over to central Europe and play shows in Germany and Poland this year. Looking forward to releasing more music and touring more in 2018.”

“Its been a beauty of a year for us, but 4 notable benchmarks were: March – EP Launch party with TRNS at the Anvil, Bournemouth. It was rammed, sweaty and we had footprints on the ceiling by the end. May – Mini tour with Skegss (Leeds, Bournemouth, London). All outrageous nights; with the TRNS funeral party going on until 6am and the following show at the Victoria involving stage invasions, shoeys and holding up speaker stacks because the crowd were on a mad one. August – 1am slot at Bestival. October – Filmed the live video for Bob Ross. We greened up and and had a good time.”

“This year has been great. Highlights for me this year were: putting out my second EP Bala. Surpassing a million plays on Bala on Spotify. Touring with The Japanese House in May. Incorporating visuals into my set and putting out my first music video (for ‘Rare Candy’). Finishing Fenne Lily’s album. Getting close to finishing mine. Can’t wait to share new music in 2018!”

“As ever with Van Zeller, the focus has mainly been on live performances. We did our second headline show in March, at the Louisiana which sold out, that was a crazy night. And on a personal note we played a few shows with one of our favourite bands, Cloud Nothings, around that so that was big for us: just one of many awesome bands we’ve had the pleasure of playing with this year! After that we had a few festivals, but the main focus was on our first headline tour at the end of September, which was probably the best 8 days of our collective lives.

Other than the live shows, this year also saw the first time we’ve ever released any music into the world, including our first 7″ which the folks at Flying Vinyl pressed for us, and then a standalone track, ‘The Coward’, which was the first time any of our music had been available to stream. So yeah, a pretty great year overall; we’re looking forward to more of the same in 2018!”

“Some of our highlights of 2017 – playing on the main stage Cardiff Pride this summer, writing new live songs and finding the right producer for our studio stuff, and when Jarv (drummer) got a bowl cut and tried to convince us all it looked good.”

“We have thought about the year as a whole and feel humbled by the reception our album has had but we have worked hard for it and that has been the highlight for us; working hard all year as a family and learning every day. Maximum effort for what you love yields maximum results no matter the audience. driving through the snow drenched Black Forest was a life changing moment also xx.”