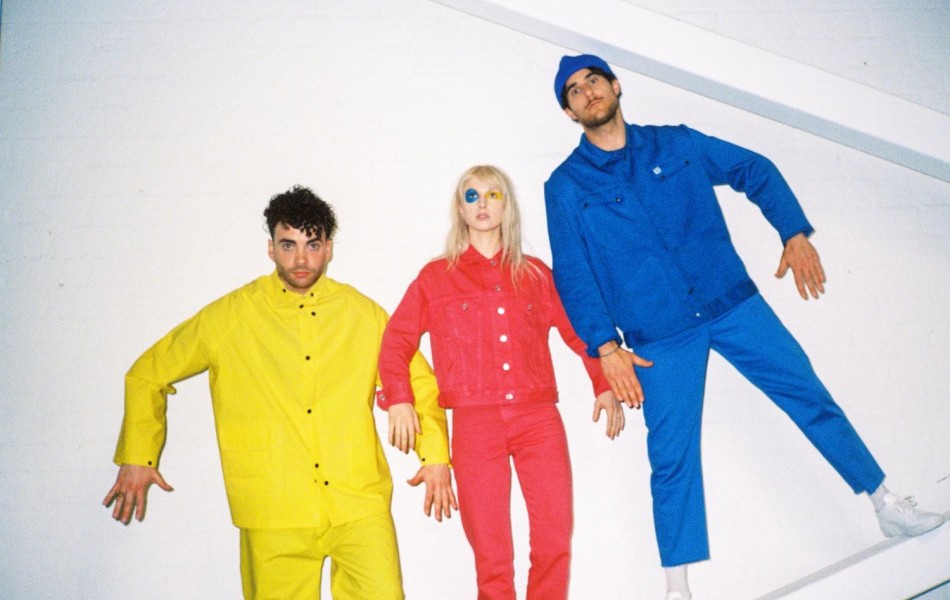 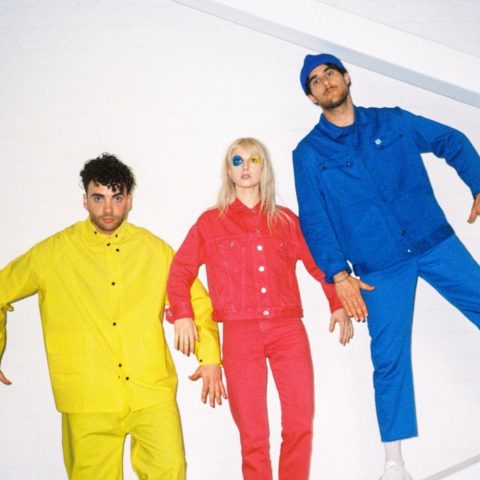 The Feed – your new weekly round-up and digest on all things new music.

We have a confession to make. Our inner child screamed so loud when we heard about the epic return of Paramore this week, and we’ve been playing their new single ‘Hard Times’ ever since – even as we type this. That’s not all, the band are heading to the UK this June and will be stopping by Bristol on 21st June at Colston Hall (say whaaaat!) Yes ecstatic we are and to add more fun to mix, it’s been another brilliant week of new tunes left right and centre. So whether you’re outside in the sunshine, or at your nearest record shop for RSD, dive in and enjoy our sweet round-up of music.

To no surprise we kick things off with Paramore’s new hit ‘Hard Times’. After many changes and struggles, the band have returned with a new lease of life and line-up of Hayley Williams, Taylor York and Zac Farro. The trio announced their fifth studio album After Laughter out on 12th May and ‘Hard Times’ is the first teaser ahead of the release.

Williams as fiery and confident as ever leads the charge in their new sound; one that’s incredible catchy with killer hooks and sugary choruses that’ll have you singing along in no time. Going through hard times and coming out stronger than ever, welcome back Paramore!

Another comeback as well for Erika M. Anderson (EMA) who returns with a strong statement on new track ‘Aryan Nation’. From her forthcoming third album Exile In The Outer Ring out this August, the song’s abrasive rhythmes and Erika’s charging words immediately hit you as the South Dakota native presents a brutal presentation on desertion and alienation in Middle America. With the rippling effects of Trump’s presidency ongoing, EMA’s return couldn’t be more relevant.

Over to Bristol and Body Clocks are building a sturdy reputation for their experimental soundscapes and curated music nights at Take 5 Café. Ahead of their next residency show, the electronic duo have released their third single ‘Dialogue’ with beautifully sequenced beats that elevate them to newer heights. Headphones in and enjoy this one.

Brother-sister duo Ardyn return with new music and are sounding bigger than ever before. Following from 2016’s EP The Valley, the band have shared new song ‘Together’ which expands on their already warming synth pop while not holding back on their traditional roots (folk strings and piano melodies). The end result is something quite special and one that sets the band for greater things in 2017.

More music tackling on current issues and this time it’s Ghostpoet who also makes a return with new single ‘Immigrant Boogie’. The first track since 2013’s Mercury Prize nominated album Shedding Skin delivers a first personal account of the ongoing refugee crisis and the difficult journey across borders. Written in two halves – seeking a brighter future before the chance of hope get’s snatched away by forces beyond your control. A strong piece both on sound and lyrics that makes sense of the truth and judges on what we would do if put in the same situation.

Katie Crutchfield (Waxahatchee) is back and will be releasing her fourth album Out In The Storm this July.The album promises to be just as moving and enticing as ever, self-reflecting both on Katie’s life and songwriting. ‘Silver’ is the first piece from the album which explores self-examination and the different shapes that takes. Listen below.

The king of hip hop right now Kendrick Lamar dropped his third studio album DAMN and we must say it’s pretty damn good. Abrasive, confident, striking and truthful, the album is no doubt some of Kendrick’s best work with many great moments. ‘DNA’ however takes the cake, both resilient and powerful and assures everyone that Kendrick Lamar is the most important rapper of our generation.

Wrapping our round-up is the ever brilliant Stevie Parker who has released another gem with new song ‘Prey’. “a song for when you’re being fucked around – be the hunter not the hunted”, the singer explains. The song taken from her forthcoming debut album The Cure once again showcases Parker’s potent songwriting, ambient pop melodies and beautiful rhythmes which will no doubt whet your appetites ahead of the official release next month. Listen below.