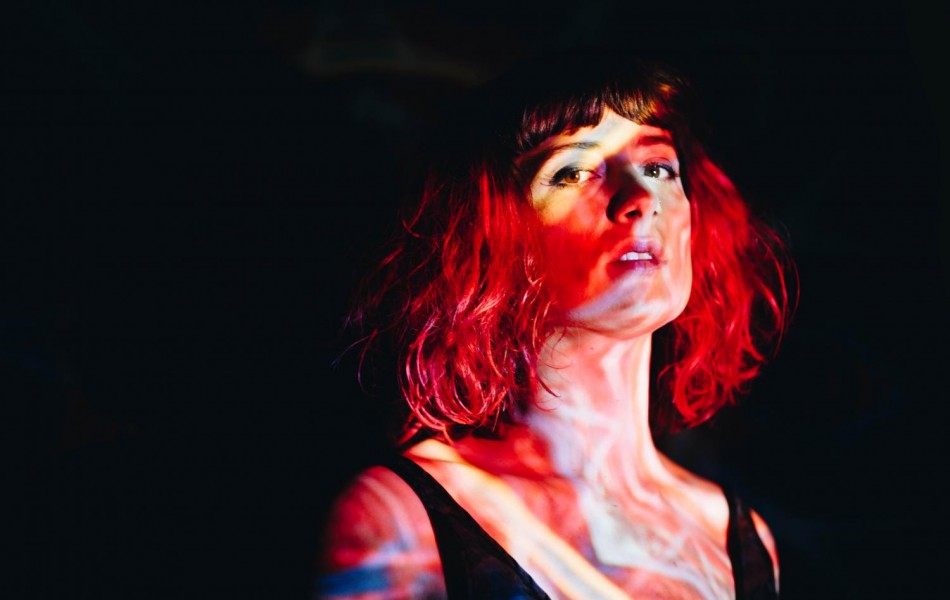 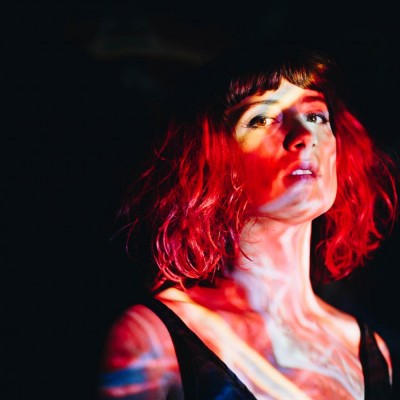 Bristol based artist, Emily Magpie, is a big believer in instinct. Whether it’s adding electronic music to her raw acoustic performance, or picking up and travelling to South America just as her debut EP, Same Stuff, gathered momentum, she pushes herself to take the path less trodden. Having begun her musical career singing in a jazz band, busking and scribbling poems, she has now developed her sound into an ethereal combination of ukulele and electronic music. This is nicely complimented with her charismatic straight talking, bringing her dreamy live performance down to earth.

We caught up with Emily to discuss her new EP, The Witching Hour, her insistence on learning production, her respect for female energy and her critical view on Capitalism.

How did this EP, The Witching Hour, with its distinctive mix of electronic and acoustic music, develop?

It’s been a big experience… I feel like music is all about the journey, for me that’s how songs evolve. I was on an acting tour in Italy and I just started writing on my ukulele because it’s portable and easy, and it felt good to do it. Whilst I was gigging I liked the sound and space of the ukulele and the vocals, but I felt it needed something to it, like a pulse. I was listening to a lot of, James Blake, FKA Twigs, CocoRosie, so a lot of experimental and electronic stuff. I liked it too much to not put it in my music. So I thought “Right. I need so learn to produce.” I’m a big believer in doing things yourself, especially for women. For my live sets I play stuff from my laptop and I play over it, because I don’t have enough hands! But I want to start using loop pedals and building tracks live.

Traditionally I guess you would have felt that need for ‘more’, and put a band together. Why did you opt for DIY?

I couldn’t wait to get a band together! And also I just had such a strong vision on it, I didn’t want to compromise. I like playing with other musicians and jamming. I’ve done that a lot in the past, and it’s something I’d like to do more in Bristol, but for this, for what I wanted to say, I had such a clear idea of how I wanted it to sound.

Tell me about your decision to go travelling in South America between the release of your two EPs.

I finished the last EP, did loads of gigs and then decided I needed to go travelling. It sounds mad, because things were really building and I was gigging a lot, but I’m a big believer in instinct. Being over there is something that influenced a lot of the songs. ‘Leave it to fate’ is about not knowing what the fuck I’m doing, but doing it anyway. There are lyrics “Ernest split the atom, saw his colours in the fusion”. I like the idea that before that, nuclear fusion didn’t exist, and no one had any idea what it was. I’m not saying what I’m doing is nuclear fusion! But I was trying to encourage myself to…some of the things that don’t seem to make that much sense, or are scary, sometimes those are the best things to do because you end up with an outcome that hasn’t been done before. With my music I don’t want to make something that someone else has wrote before, or something I’ve written before. I’m all about pushing boundaries.

Title track of your latest EP, “The Witching Hour”, has a strong theme of reclaiming female power. Was this enhanced by being in South America?

There is a big thing in South America, ‘Pachamama’, Mother Earth. It’s like the whole perspective of life is shifted to the left by a few inches. It doesn’t sound wacky to talk about these things out there. It’s just logical that the earth has an energy and we’re fucking it over at the moment. So I was thinking about that and the oppression of women, and if you think about Western society, it’s a very male energy.

Capitalism, snatching for what you can get, is very testosterone driven, and I don’t think it’s really getting us anywhere. I don’t think it’s any coincidence that within that women are being oppressed world wide, obviously in some places a lot more so than in the west, but I think there’s not so much respect for that more softer feminine energy, that is also very strong. In the West we laugh at these spiritual ideas, whereas in South America they think we’re weird making money our God. So it was cool to come back to a more ancient wisdom, a more feminine wisdom.

How did you get the confidence to talk about this?

It’s more about what I need to hear. I was reading a book about witchcraft, the history and how people were put on trial, and a lot of it was the oppression of women. These women were political figures or outspoken. So it’s kind of the same thing really, I wasn’t going to apologise for this feeling, or shrink myself. I’m going to hold on to it. I like how my music encourages me to express myself more, and the effect that it has. Art mirrors life, or whatever the expression is! I don’t feel strong all the time! But if I’m in a safe space, and if I’m performing and I can really feel these things, that’s the feeling I embrace. If it works for me and makes me feel better, maybe it will work for other people. When I perform I want people to have a shared experience. Because I was an actor before this as well, and so I really believe in that connection with the audience. It’s not just about me having a wank on stage, you know!? People have an opinion on it and take what they want from it, that’s art. In the UK, I still have a bit of a precursor to things like this, or feel a bit embarrassed, but I’m trying not to be because there is a whole country of people who think like this and who are like, “Yeah, standard”.

How do you find being back in the UK now?

I feel my feet are in two places, I don’t think I could do one or the other (South America or the UK). I wouldn’t want to live somewhere like a hippy commune, because I still like going out with my mates! I love London but that is the epicentre of Capitalism, even doing music there. You have to do so much to get by, a lot of places don’t pay you…it just didn’t feel aligned. And leaving really did change things because I didn’t want to go back there. So I moved to Bristol…the music scene is amazing, and people seem to get it more. My music bridges that gap as well. With music I try to convey the ineffable. I feel like I go into quite a trance and that’s what I want to create for other people as well. I try to give other people that sort of space to drift off into somewhere else. To live in the Western world you have to make room for yourself. Yes you can operate on this surface level where you have transactions with money etc, but you have to listen to yourself, connect with yourself and something deeper, otherwise I think you’ll be unhappy, for me anyway, I guess that’s why I do art. I think life is a much bigger weirder experience than we give it credit, sometimes.

Given all we’ve been talking about, how are you feeling about the upcoming election?

If I can advise anything, it is to look at that website that shows you how to tactically vote to get the Tories out. I like Corbyn a lot, and it annoys me that people don’t think he’s strong, because what does that mean? The media has run such a hate campaign on him for so long. His own party are against him, yet membership is higher than it’s ever been. How is he doing that if he’s so weak? I love Green as well. I just want more left. I’ve heard terrible stories about the cuts to Disability Allowance and how corrupt that system is. I think the whole thing is symptomatic of a larger problem of Capitalism, and its become a runaway train. A society can’t be run like a business, like a machine. Yes maybe it works for the economy, but we’re using that as the main aim and the main idea in society, so you’re putting that above people’s lives. Its dehumanising. We shouldn’t value anything over human lives.

The Witching Hour is out now, available on iTunes and Spotify.

The track video will be premiered with Clash Magazine on Friday 26th.