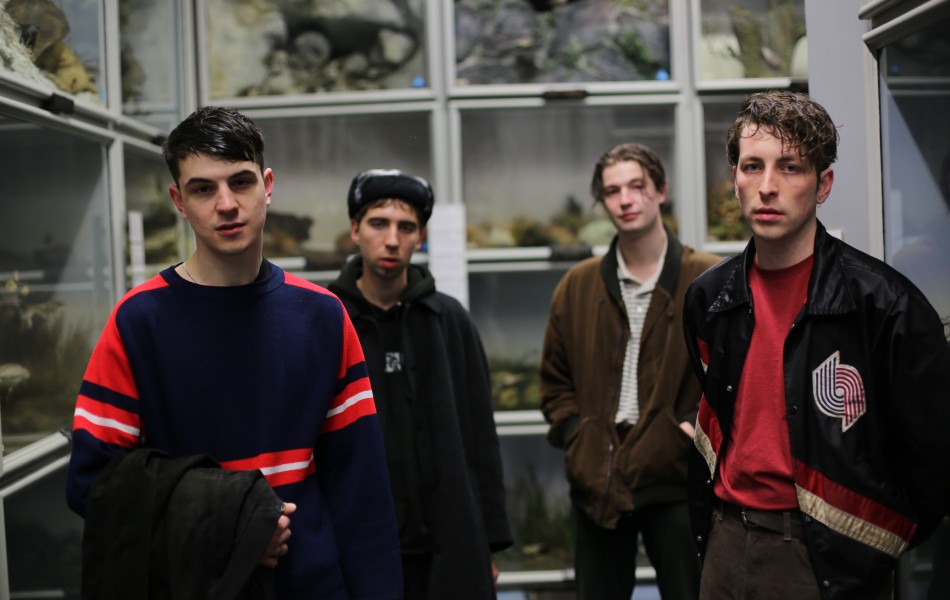 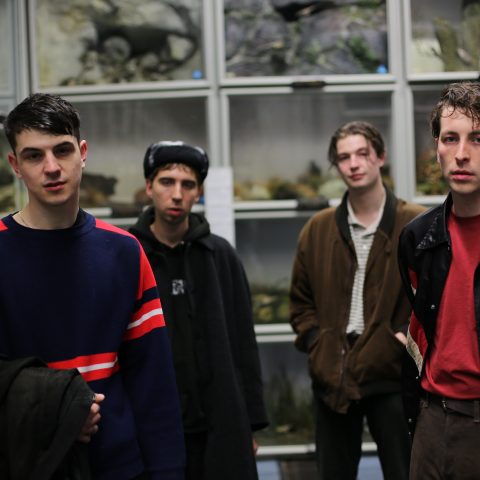 It’s been a week since Brighton-based quartet Egyptian Blue released their debut EP Collateral Damage on Yala! Records and we’re still got it on heavy repeat here at HQ. The band continue their high octane post punk momentum following recent performances at The Great Escape and are currently completing a tour with The Murder Capital. We caught up with the band’s singer/guitarist Leith Ambrose to get to know the band a little bit and why their music should be on everyone’s radar.

With Egyptian Blue, it all started back when Andy and me first became friends in school, so we’ve have been making music together for a while now. We have gone through various natural stages of progression, both musically and with the formation of the band, to get to where it is at present – most recently the acquisition of Isaac on drums earlier this year. Luke is on bass and joined when we were at college back in Colchester. The secret fifth member is Iggy (the cat), he joined us at university!

In terms of music, Gang of Four and Wire are two bands that we will always collectively pin point a shaving an influence on our sound. Lee Ronaldo’s use of prepared guitar techniques is another huge influence, as its really allowed us to think about how we use the guitar, in not so conventional ways. Our sound and artwork is also influenced by our surroundings, we tend to reference a certain urban sprawl of concrete and conversations – with the latter these often feed into our lyrics…especially the things people say at the end of a night out!

What are your thoughts on the Brighton’s music scene? Are there any particular bands/artists that stand out currently?

There are a lot of people in Brighton with a strong artistic vision – it really seems to attract people who want to express that. There is also a support network/structure already in place from good practice rooms, to different size venues, designers, promoters, labels, etc. It’s the combination of these things that leads to so many great artists/bands. Our own recent favourites have been Squid and our good friends Happy Couple. I’ve also been hearing some good things from an artist called Only Total.

The dream collaborator – a classic question. We’ve answered this before with the likes of Wire and what not, but today I will have to go with PIL, as we all know there are certainly some great moments there.

Lastly, any further plans coming up from Egyptian Blue which we should keep an eye out for?

Our debut EP release via Yala! Records. Then we have another run of dates coming up with The Murder Capital (such a great band), before we hit a few festivals including our first trips overseas late summer.

Collateral Damage is out now. Check out the release above and be sure to follow the band here for more music updates.