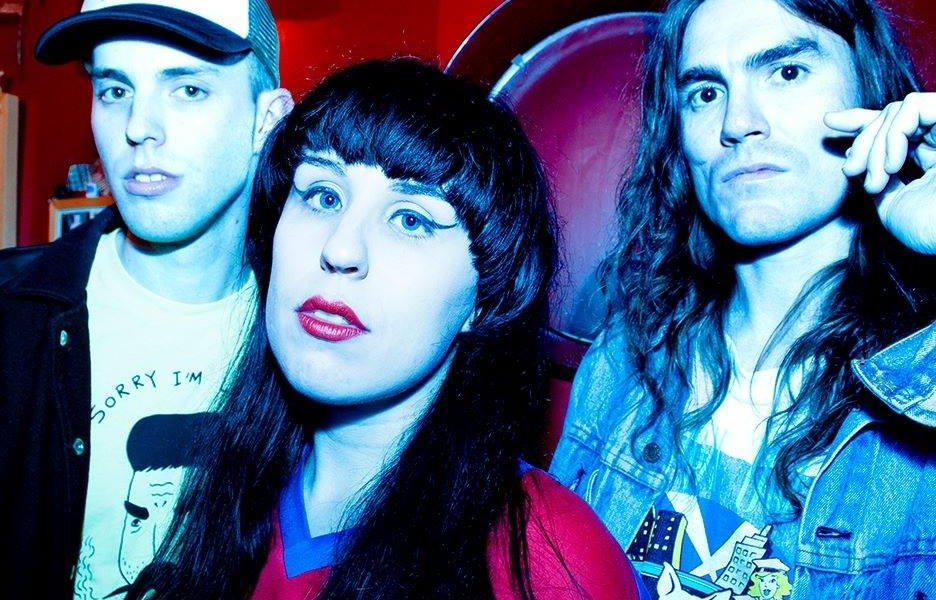 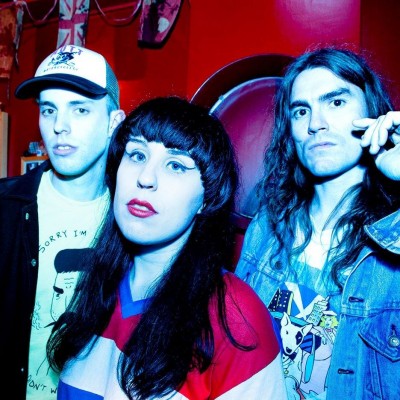 When it comes to belting grunge and kick-ass garage rock, look no further than Birmingham three-piece Table Scraps. The band, who have been making waves in the scene, are releasing their new album Autonomy on Friday which has been lauded across the internet and airwaves; even given a seal of approval from Bristol legends Idles.

Backed with a defiant statement and DIY ethos that’s true to their own, Table Scraps will be unleashing the release in all its glory and on tour next week – including a Bristol show at The Trap on 3rd March. Ahead of the action, our editor Mustafa caught up with bassist Tim Mobbs on their busy few months, new album and upcoming tour.

It’s certainly been a whirlwind few months for you guys, what’s been your highlights?

Being asked to join Black Lips on tour was one off the bucket list. Seeing the album come together and be received with such warmth has been very gratifying too – particularly as it’s been made completely by us. It’s come a long way from its very humble beginnings in our tiny, cold room in Birmingham, for sure. The idea of being on Radio 1 or getting covered in print magazines is still kind of hilarious and weird to a bunch of weirdo obsessives like us.

Your new album Autonomy is out this Friday and has been well received across the board. What’s the story behind the record and are you pleased with the outcome?

For us, Autonomy is a statement of our continual defiance, really. We did everything ourselves (including all the artwork and the videos) and we’re proud of that. It’s for ourselves, first and foremost, and it’s wonderful that people understand and appreciate what we’re doing. There are several layers of self-deprecation and irony and, above all else, an unshakable respect for songwriting that, when sprinkled over our Midlands sensibilities, seems to be becomes greater than the sum of its parts. It is very easy to get in your own head when you self-produce everything, about what you perceive to be imperfections or faults, but then you let it go and people engage with what you’re doing and that blows away a lot of the nagging doubt that is always stalking you.

There’s a lot of raw energy and DIY ethos behind the album and sound. What’s been some of your key influences and how has it shaped your sound?

DIY is as practical as it is preferable artistically to us. Without big budgets (we are in Birmingham, after all) there is no other way. Lots of bands seem to sit around and complain that no massive label will pump money into them so they can rock out forgetting that it hasn’t worked like that for, at the very least, over ten years now and that it doesn’t make for good art.

Inspiration for us goes far and wide, so it can sometimes seem like a challenge to boil down everything we like into something that is as coherent as a band needs to be. In terms of the obvious signposts, you can’t get around Black Sabbath, Black Flag, Nirvana, etc. but, without sounding too wanky, it’s our almost post-modern reinterpretation of rock, punk and metal through today’s climate of boredom and cynicism that dictates what we do. Anyone who likes to do things a little differently whilst ignoring everyone else is always alright by us: John Waters, Ian Svenonius, The Cramps, the list goes on and on!

You’re set to go on tour to support the album. What are you looking forward to the most on the road?

We’re at our most comfortable on stage and it’s where most people really get on board with Table Scraps. We feel a lot of pressure to make it worth people’s time and money, especially when it’s more expensive than ever to go to shows and there is so much stuff competing for your attention. Bristol, in particular, is one of our favourite places to play: it’s probably the city we’ve found that is the most open to bands who aren’t that easily categorised and there is no ego there. Just people that are very open, friendly and who enjoy themselves. Very grateful to the amazing work that Alex Studer does at Stolen Body Records and Bristol Psych Fest. It’s such an amazing and generous asset to the region, if not the whole national music scene.

We’re taking Al’s band, Yo No Se, and our other favourite Bristol band, Captain Süün (who are awesome and enviably young), around with us on a few of the tour dates which is going to be excellent. It’s really nice to spend time together on the road and just focus on playing a great show and enjoying ourselves rather than dealing with real world distractions.

Oh man, it’s the sort of thing that your cynicism convinces you won’t happen and then, suddenly, a weird Facebook message comes through that you want to mark as spam but it changes everything. We’re not really sure how Dave Wyndorf found us but he insisted that we do it so he can watch us every night, which is obviously so flattering. We’ve never played in any of the cities we’re visiting and Europe is always so hospitable. The new Monster Magnet album sounds like it’s going back to their proto-punk roots which is obviously very exciting. Can’t wait!

So much great music in 2018 at the moment. Who are you listening to right now?

All the good shit, ha! I’ve been spending quite a bit of time with that new Ty Segall album and the new Insecure Men LP is a real off-colour treasure. Scott is always spinning the most obscure garage greats and is treating us to a lot of King Giz in the van at the moment. Poppy is getting hyped for the new album from The Garden and new tracks from King Tuff. The recent Dream Wife LP and Silver Dollar Moment from The Orielles are really exciting forward-thinking pop albums driven along by great artists.

And lastly, what’s does the rest of the year hold for Table Scraps?

People are just about starting to catch on to what we’re doing, which means we have to go even further above and beyond when it comes to bringing it. The Monster Magnet tour will be a big one and we’re hoping to have our next LP recorded before the end of March to get out there as soon as we possibly can. It’s already sounding like more of the same: familiar in a “rock” way, but with all sorts of weirdness, references and obsessive levels of depth to it. We will never stop.

Table Scraps play Bristol on 3rd March with Yo No Se and Captain Süün. Tickets available via Headfirst.