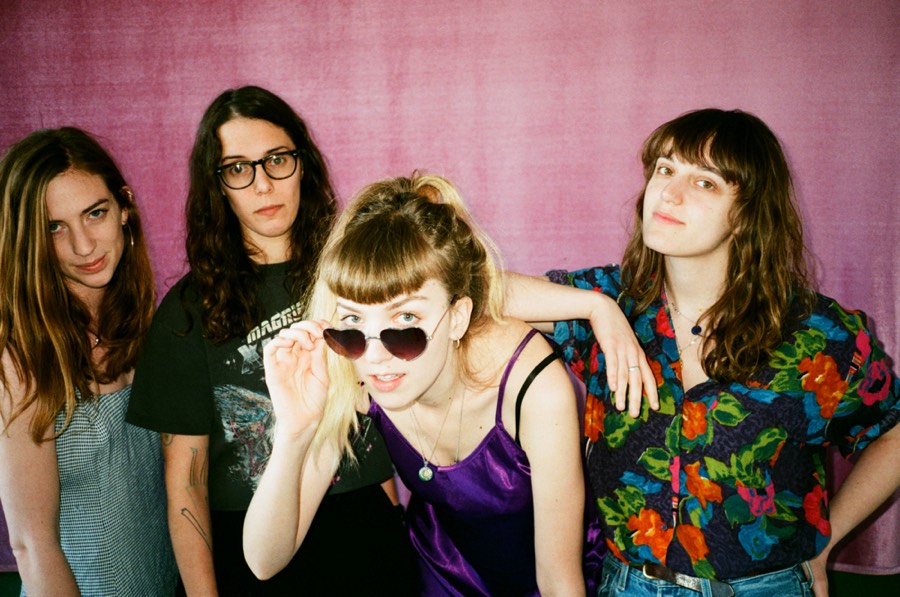 The Big Moon Review – The Loft 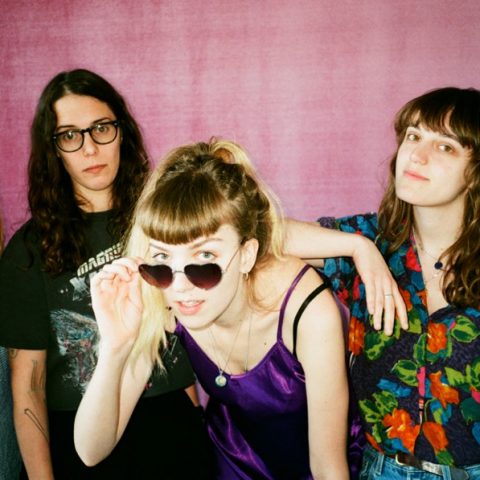 The Big Moon Review – The Loft

Hidden upstairs in the now familiar Southampton venue The Loft, the room is already buzzing for tonight’s bill of Kent boy band Get Inuit and fiery females The Big Moon. Expectations are high for The Big Moon as they steadily rise in the indie music industry, making their way round festivals all summer and touring all winter. With a sold-out show crammed into the cosy low-lit venue, the crowd are shoulder to shoulder ready for a night of quality music.

Having toured with The Big Moon for the last month, unsigned dirty pop Get Inuit kick off the mayhem with infectious melodies and fuzzy guitar. Lead singer Jamie (who resembles a grown version of Sam from Moonrise Kingdom) projects clean strong vocals as he beautifully belts out their recent release ‘All My Friends’ as the already full room fills more. ‘Cutie Pie, I’m Bloated’ gets the crowd moving with a mix of poppy grunge and hints of rock that lean towards Weezer. Whether he’s dancing across the stage or licking the air in his thick rimmed glasses, Jamie is wholly pleasing to watch. The snappy drums and speedy lyrics in ‘Pro Procrastinator’ bring in a touch of punk, broadening their sound even further while keeping the room rowdy and alive.

After a brief cigarette break, the room is rammed once more for the start of headliners The Big Moon. Opening with ‘Silent Movie Suzie’ the crowd are instantly jumping and chanting along. The girls are tight and together, not missing a beat of their well-rehearsed set, while also somehow sounding perfectly messy. Confident lead singer Juliette Jackson climbs into the crowd to join the hectic dancing, while lead guitarist Soph Nathan (who also fronts hazy trio Our Girl) nails every solo with complete ease. Their grungy undertones are brought forward in ‘Happy New Year’, conjuring crowd surfers and flying pints slickly followed by ‘The Road’ and ‘The End’ in which Fern Ford (drummer) swaps skilfully between keyboard and drums.

With Juliette getting the crowd to clap along, the babes kick into contagious pop song ‘Pull The Other One’ from their recent award nominated album Love In The 4th Dimension, which is intertwined with consistently flawless riffs from unfaultable Soph. The mosh bit begins to form as the girls blast out a cover of Bonnie Tyler’s ‘Total Eclipse Of The Heart’, twisted with their signature wavy sound to make a unique hefty rendition. The highlight of the night came from the clear crowd favourite ‘Cupid’, with eager fans clambering onto each other’s shoulders for optimum view before Juliette once again joins them for a boogie along to the thundering track ‘Bonfire’. Pitch perfect harmonies come from fuzzy bass player Celia Archer making every song gorgeously light. The crowd now moshing around her, Juliette laughs that it was a little too scary and quickly hops back onto stage to round off the spotless set with dreamy banger ‘Sucker’.

It’s easy to see how Love In The 4th Dimension has become one of the most talked about indie albums in 2017 when the band get a crowd reaction as strong as this. It’s undoubtable The Big Moon will be going on to bigger and better gigs, so be sure to keep an eye out and get involved.