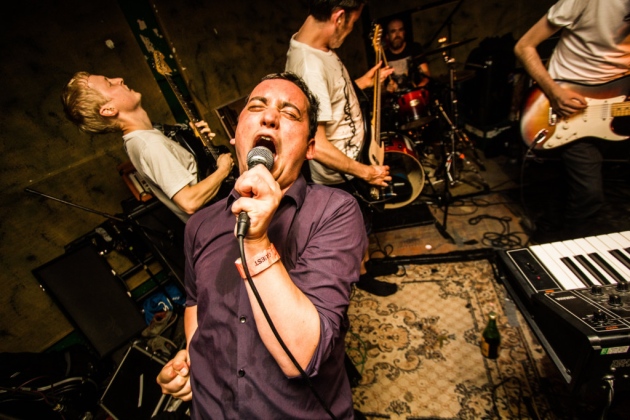 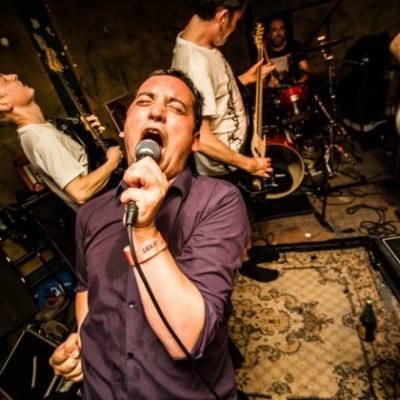 Saturday July 7th carried huge significance for countless people in Bristol and beyond this year. One might wonder how the stars aligned to deliver not one but two festivals on the same day, plus a seminal English quarter-final match in the World Cup. At first it would seem like the 5th annual Bristol Psych Fest would be overshadowed by these other monumental cultural event, but this speculation couldn’t be further from the truth. Tickets shifted fast for their 12-hour, 3-venue psych assault and pulled crowds in from as far as Chicago, to as close as Newport.

Despite being wedged between these other events, the day’s curation served as a retreat away from the chaos of Carnival revelers. Punters were treated to a range of aural delights across stages at The Lanes, SWX and Rough Trade – from the droll and curious to the more propulsive, leveling up on the noise and energy as the evening proceeded.

Edward Penfold was quite clearly a fitting opener, as his whimsically candid pop numbers recalibrated the already heat-stricken minds of a surprisingly sizeable crowd. The cosmic stylings of Dubi Dolczek followed, charming in equal measure but more heavily dosed with ‘ballad brain wipes’ and stories of the multiverse. Soft, playful and beguiling, Dubi and his gang provided just the right dose of escapism on this hot and early afternoon.

SWX boasted high-energy sets from Guili Guili Goulag (Belgian-based kraut doom rock) and Portuguese three-piece Fumaca Preta. Both were rooted in a wildly psyched post-punk, shifting from heavy rock and breakbeat to acapellas reminiscent of Rage Against The Machine.

Rough Trade had the benefit of hosting some of the day’s most impressive acts, starting with Agarimo and Captain Süün and continuing with Portsmouth alternative grunge band Is Bliss. Their live energy was truly captivating; you could sense their improvisational roots but see them play out as controlled and measured. The Cosmic Dead headlined this venue in truly heroic fashion, feeding listens with an aural assault of psychic fuzz and propulsive energy. The Glasgow band’s monstrous live presence was expressed through several breakouts and build ups, throwing in just the right measure of sludge and stoner rock to fuel their cosmic creation. Their final 15 minutes felt all-consuming and powerful, as if the sweaty audience and band were one in the sonic void for that moment in time. Feedback ensued, guitars were hung on wires, and suddenly we were left with only one option: Pigs Pigs Pigs Pigs Pigs Pigs Pigs.

An obvious funnelling effect caused The Lanes to reach full capacity, but those who managed to squeeze into the hot box were treated to the abrasive cacophony that is Pigs. They are furious and wild in their sonic relationship with one another, attempting to both destroy and bring life to their ravenous creation. It was a fitting conclusion to possibly the most epic Bristol Psych Fest to date. Stolen Body Records and the other organisers behind the event are making serious waves around the world, solidifying themselves as iconic sonic purveyors in the process. We can only hope that it will stick around for many years to come.