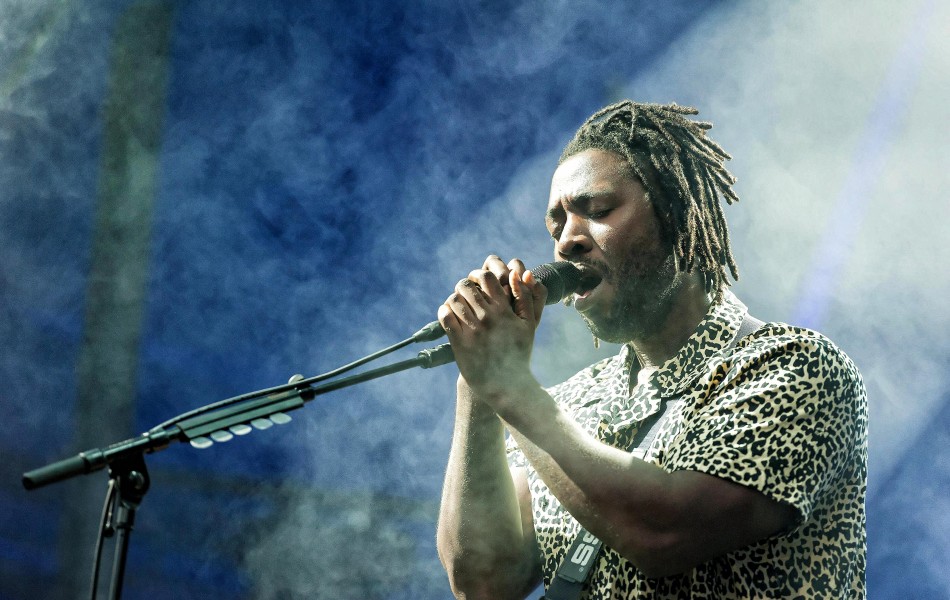 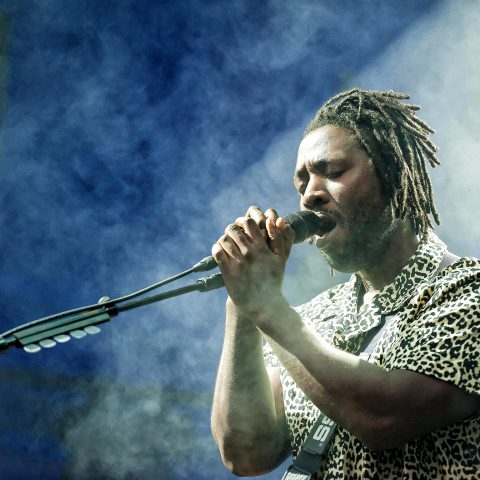 It’s Friday (28th June) and three successful days into Bristol Sounds 2019; the sun is out and so is the sold out crowd, flocking to see Bloc Party in all their Silent Alarm Glory.

Having been harmoniously warmed up by support acts, Liz Laurence and She Drew The Gun, the crowds are growing by the minute and as is the sun soaked in anticipation for the indie originators.

After a few minutes, Kele Okereke and the band bound on stage, the Silent Alarm backdrop bouncing to the roar of the crowd. It’s a basic set up, which we’re sure they will make up for in sound. This is the first time many have seen the band without the original line up and there is a lingering, nervous energy as Justin Harris and Louise Bartle take their place in the new Bloc Party, still welcomed by the cheers of fans, packed in, shoulder to shoulder. The energy lulls a little with odd opener ‘Compliments’. Kele struggles through as a broke pedal ruins ‘Plans’ and he jokes that “someone is going to get a telling off”. This quickly prompts three crew members to run onstage to the frontman’s aid and promptly fix the issue. The show goes on and bassist, Justin Harris’s harmonies serenade us into the rest of the song. A beautiful start, but having two, slower and not as well-known tracks as the opening sequence, is anticlimactic and soon the crowd are looking reminiscent of a Glastonbury Purgatory.

Just as we are starting to worry, the quartet restores faith to fans with bangers ‘Luno’ and ‘So Here We Are Now’ and the band’s energy rockets. The frontman is in full flow by ‘Pioneers’ and reassures the crowd that “if it can be broke, then it can be fixed” as Louise Bartle flourishes on the drums, pounding the beat perfectly to the back of the amphitheatre. Sadly, despite their amazingly tight performance, the crowd take a while to warm up. This luckily, suits the romantic, mellow vibe of next favourite, ‘This Modern Love’. The frontman ushers the onlookers to hold a loved one close; just as his bassist envelopes him in a surprise cuddle; bringing the unwarranted, lifeless crowd back to life. ‘Banquet’ has the festival feasting on nostalgia however, Matt Tong’s shadow is the elephant in the room as the song starts. As the drum heavy intro hits, Louise Bartle exceeds it effortlessly with and shreds stereotypes with perfect execution. Time flies as ‘Helicopter’ and ‘Like Eating Glass’ bring us to the end of the Silent Alarm tribute.

Just when we think this set can’t be topped, we get spoilt to a hefty six song encore which are a surprising plethora of songs over a variety of their best albums. ‘Hunting For Witches’, turns the tone political as Kele explains the modern relevance this song has on the current state of the UK and is a message “to what we’re going through”. Album, Four, is represented by ‘Octopus’ where lead guitarist originator, Russel Lissak truly takes control and sends us all into a technically perfect trance. The band reach their peak with club hit, ‘Flux’. The bridge hits, drums and strings collide into harmonious chaos as Kele belts “we need to talk” into the crowd, who instantly go wild. The sun begins to set over Bristol Sounds and the band humbly, thank their fans “for taking a trip down memory lane with them”. ‘Last song Ratchet’ ends a classic set and ignites a modern love for this version of Bloc Party and a lustre for what’s to come.