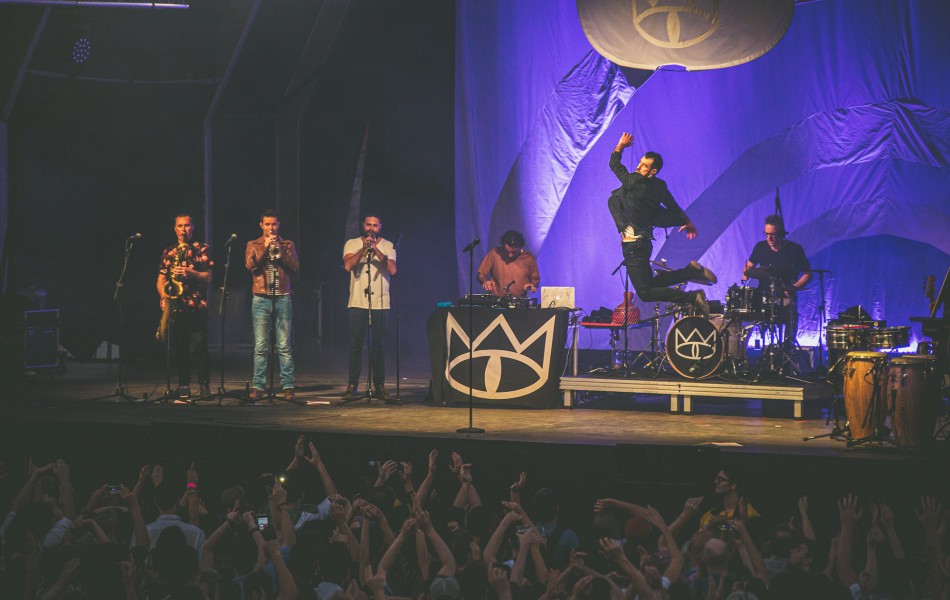 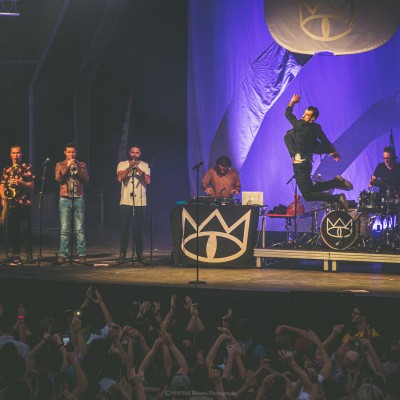 I’ve never been to Glastonbury Festival and I tell myself each year I’m not missing out, however I can never quite convince myself enough to keep the inevitable jealous at bay. Luckily I had Ibibio Sound Machine (ISM) and The Cat Empire (TCE) to liven me out of my FOMO blues.

ISM were up to their usual tricks of being the best afro funk band around, slicing up their tunes with 80s vibes and the coolest percussion. The crowd was on the petite side and whilst a large quantity were clearly anticipating the headline act, ISM did an admirable job of livening everyone up, attracting more and more scattered souls towards the stage. With such a genuine, affable band leader in Eno Williams, it’s hard for anyone to resist joining in with her and the backing vocalists epic moves.

From WOMAD to Disco Inferno feels, ISM had all the power in the bag, driven by the drummer’s shoulder happy playing and the percussionists talent of multi-tasking. The crowd finally fell into the same line of energy as the band; it was clear the evening would be a fun night with the limbs of carefree, buoyant bristolians intermittently flying everywhere.

The interval allowed for the Amphitheatre to fill out with TCE fans old and new, and apart from the story of my friend being teased by a group of men while she waited alone for me, I felt quite at home in a safe environment of loving festival friends. I was a first timer at a TCE gig, and song by song I felt more and more at one with them, like I had been listening to them from day one. That’s the magic of their songwriting; technically brilliant with so much musical warmth you can’t help but fall in love. Dubbed by my mate as ‘Chirpy Reggae,” their music is a beautiful combination of ska, latin, funk and rock there’s always something to latch onto.

Felix Reibal is equally lovable, after ten years of performing as TCE, he clearly feels comfortable befriending the audience, tying us into the experience rather than thinking of us as spectators. His voice follows his personality, shown off particularly in tunes like ‘Brighter Than Gold’; tonally soft and comprehensible. But I was even more struck by Harry James Angus, trumpet and secondary lead vocalist, whose high pitched, soaring vocals put me in a trance. Amongst the ruckus of the band filled with bright brass and Jamshid “Jumps” Khadiwala on decks, he cut through the busy arrangements to bring an extra dose of sunshine.

With fans singing along like a gospel choir, praising their artistry and singing every word, it’s clear TCE produce life anthems that maintain the positivity needed in all of our lives. After one night of skanking amongst barefooted friends, I am equally as addicted.