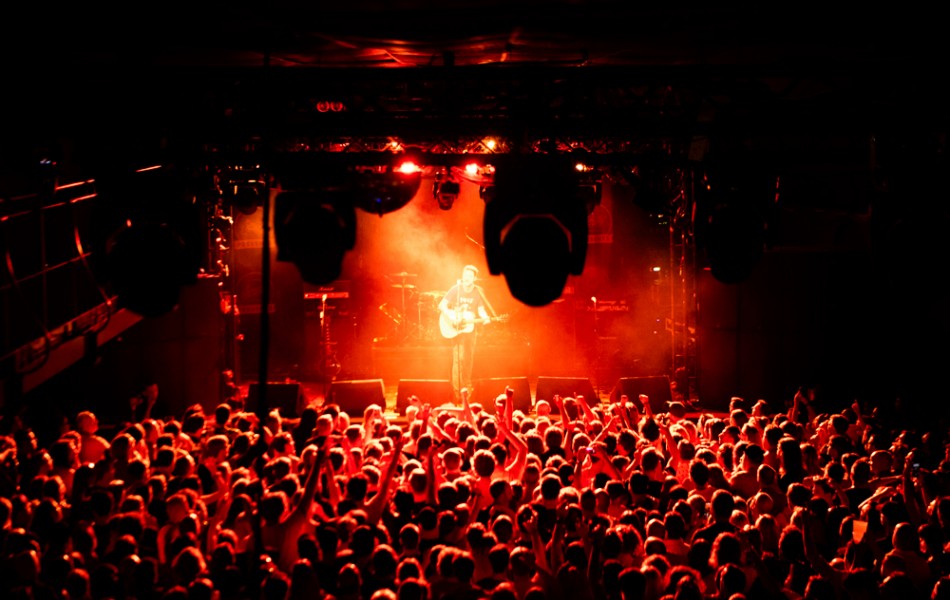 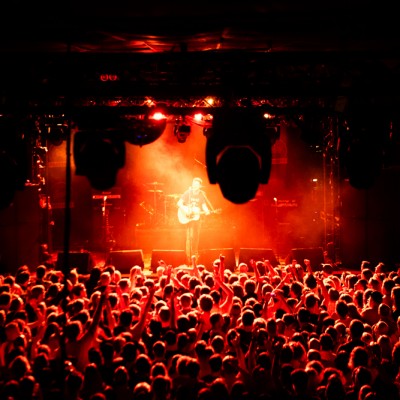 Gathering the best up and coming as well as established artists, Camden Rocks took over Camden this weekend as fans flocked from venue to venue to watch their favourite bands perform.

The Collier kicked things off at The Lyttelton Arms. Although the venue was pretty empty at the start of their set, the sound of their music attracted many festival goers into the pub. It won’t come as a shock to anyone if the band makes it really big in a very small amount of time.

The stage that constantly had lines out the door was the Dr. Martens Boot Room Stage. With a capacity of just 60 people, the iconic stage provided fans with intimate sets from their favourite artists. Bands such as Milk Teeth, Sleaze, and Roe proved to be extremely popular, and lucky fans got to meet their favourite artists straight after the set. An unexpected surprise were White Eskimo. The band overall had great stage presence, and managed to make the small venue feel like a large arena filled with rock music. They certainly know how to put on a show and together with their incredible punk influenced rock songs, they will soon take over the music scene.

The two headliners of the stage were The Pigeon Detectives and Deaf Havana. Only fans who won tickets through a ballot on the festivals website could enter the venue. The vibe inside was completely different in comparison to the other acts. Loyal fans sang each word, especially during Deaf Havana’s set, which saw only front man James playing an acoustic set while the rest of the band watched with the audience. Four hours later, the band headlined Electric Ballroom with an incredible set of old and new songs, with an electric energy that left the whole venue buzzing for the rest of the night.

Electric Ballroom also saw Eliza and The Bear open day two. Once again, festival goers slowly filled the venue, and most certainly left as fans. A set full of songs perfect for summer road trips and good times with friends proved to be loved by everyone inside. Following them was A, a rock band with many fans in the audience. An unexpected surprise was finding out former McFly Guitarist Dougie Poynter was in the band, and most certainly stole the show. Poynter ran and danced around the stage while effortlessly playing the guitar, and charmed the audience with a narcissistic attitude of literally stealing the spotlight from his fellow band members. It was his penultimate show with the band, however, as he prepares for McFly’s comeback in the next few months.

Wheatus and Ash were also popular at the Electric Ballroom, and the whole venue filled up for Frank Turner’s headline set on day one. There was not one song the audience did not know the words to, and he was able to capture the entire audience with just his voice and guitar.

However, the best act by far at the festival were The Blinders. The alternative three-piece took the stage at the legendary Dingwalls; black makeup cascading down front man Thomas’ face certainly added to the mood of their songs. The set also featured some political statements through voice overs and intros, and there was barely space to walk inside the venue. They are definitely a band you need to see live at least once, but you will find yourself going back for more.

Camden Rocks certainly showcased some of the best acts in the spotlight, and the more established artists were given opportunities to play more intimate sets for loyal fans. It truly was a great festival to attend, and also helped tick off iconic bucket list venues in Camden.