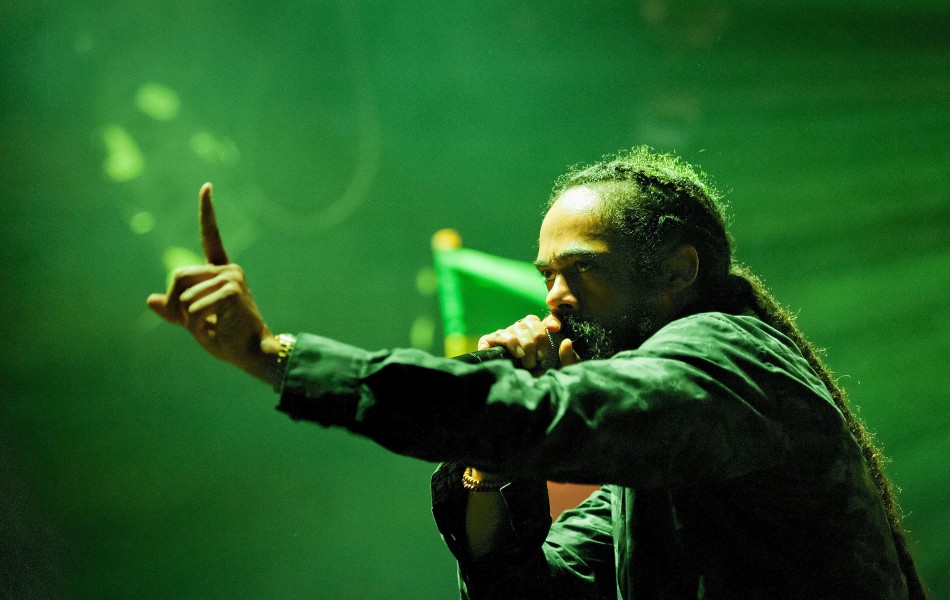 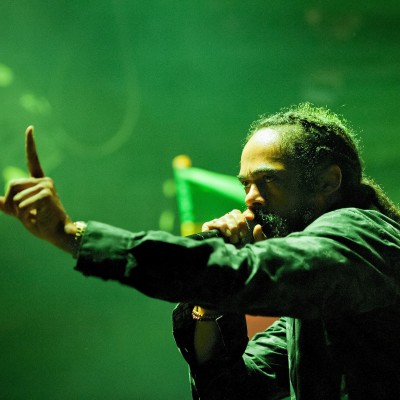 I may have started listening to Damian “Jr Gong” Marley’s music ten years ago, but the wait for him to get on stage on Saturday night lingered for what just felt as long. Fidgety attendees clung to each other in desperation for his arrival, scrapping to the best available “space” in the pit.

Luckily, keeping the peace was none other than Seani B from BBC Radio 1Xtra, schooling the crowd in old school reggae and dancehall, sweet carnival vibes. He was joined for a set from MC Agent Sasco too, who proudly invited us to experience his home country’s musical culture and offered up expression explanations like, “In Jamaica we say ‘an eediyat ting’ like when some men who buy the Hennessy and not the baby food.” He sung out his gratitude through tunes that began with a fast interesting flow but became more mundane and repetitive towards the end of his set.

Marley’s band began to make way to their instruments on stage while Seani B continued to tease us with newer tunes in the final countdown, from Koffee to Burna Boy. Then unexpectedly, the music dipped and our attention was drawn to the backdrop showing clips of Haile Selassie, former emperor of Ethiopia whom rastafarians regard as God. And finally! The band began playing and behind the flag holder swinging the ethiopian flag of Seallassie’s reign appeared Marley. An exhilarating beginning to the set.

Hitting us at 100mph instantly, they began on lively tunes like ‘Upholstery’ and ‘More Justice’. Marley kept the crowd cheering throughout the gig, dancing across the stage and telling us to throw our arms in the air with ease. Several times he told us to hush so he could talk about the benefits of cannabis besides the high and the importance of showing love and having progressive ideas. And kept us locked into his soul with tunes like ‘Affairs of the Heart’ as he performed poised with benevolence.

His band were so slick you almost forgot they were there; the guitarist moved to the front of the stage once or twice to show of his solo skills but other than that they remained stagnant within their respective pockets of the stage. True professionals following Marley’s cues and occasionally seamlessly pulling back tracks producing the same scratchy rewind as a DJ with their instruments. The two backing vocalists were possibly the best I have ever seen, synchronised dancing and I’m not just saying a simple sway side to side. Plus they had incredibly powerful vocals whilst still keeping sweet reggae tones; these women were an inspiration! Meanwhile, the flag bearer swirled the flag on the end of a large pole for the entire set, nearly 2 hours.

Ending on a tribute to his dad he finally gave what many in the crowd had been waiting for with ‘Road To Zion’ and Welcome To Jamrock’ as his finalies. It’s been a long time since I’ve seen someone perform such a long set and this was by far the most impressive show I have seen at the O2, every aspect thought out from the backdrop to the perfected line up and the relationship he built with his audience. Damian Marley goes much further than his music.