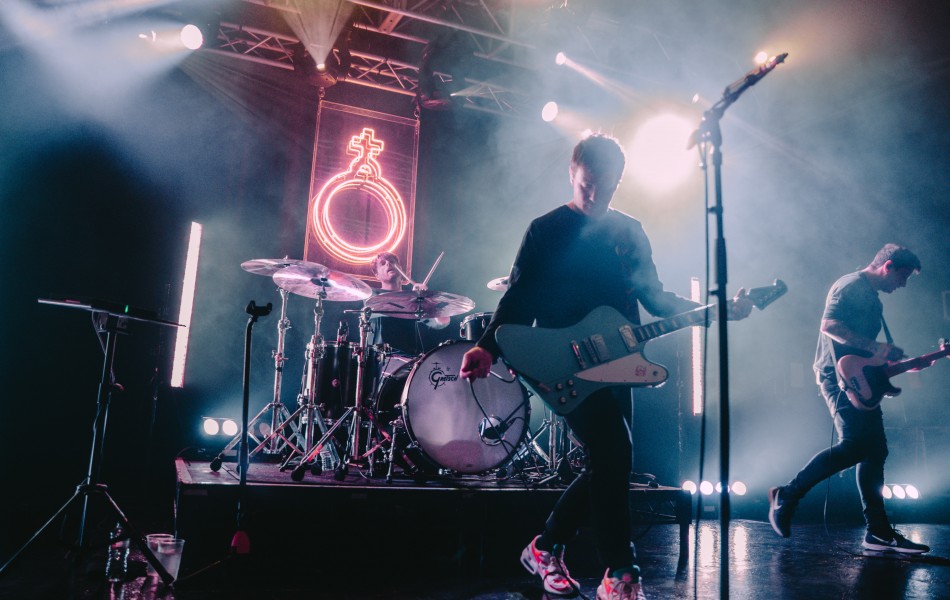 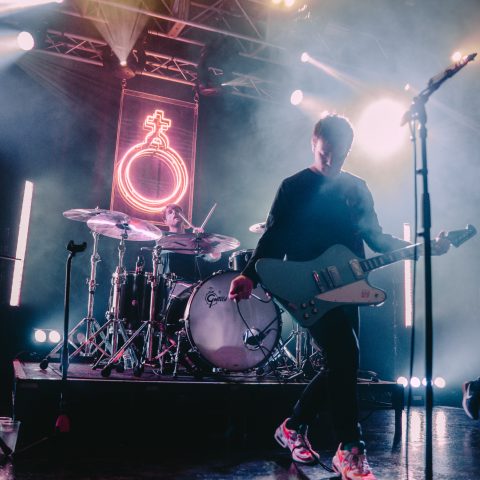 It was St Patrick’s Day. Pubs and clubs around the city were full to the brim with merry crowds, and the O2 Academy was no exception. People were slowly filling up the two- story venue, congregating at the bar and the merch table waiting for the night to begin. Fans could be seen wearing the simple black t- shirts of headline act, Deaf Havana, and the excitement was building throughout.

The night began with support act, Hot Milk, best described as emo powerhouse with a strong female front- woman. Despite the venue only being a third full by this point, they received quite the welcome from the audience who seemed to enjoy the energy and confidence the band were giving off. By the time their set came to an end, the upbeat tunes had noticeably warmed up the ever- increasing crowd.

Next up on the bill was three- piece Scottish rock band The LaFontaines, who combine bass- heavy rock and rap with drum beats that you can’t help but move along to. The frontman, Kerr Okan, radiated nothing but confidence and swag, and his thick Scottish accent would creep through the music in a way that fit perfectly the feel of the band. His rapping was fused with clean vocals from drummer, Jamie Keenan, that brought each track together and had the audience moving to the music. Kerr’s interaction with the audience between songs was well received, and he was certainly successful in getting them riled up for the main act. During their closing number, ‘Asleep’, Kerr leaped off the stage and did a full circuit, even making his way along the upper balcony, a stunt which clearly pleased his fans. All in all, the two support acts fitted well and got people significantly warmed up for the headline act.

By the time Deaf Havana erupted on stage, the venue was about two thirds full, which is how it stayed for the remainder of the night. The crowd ranged from preppy teenage girls to middle aged men, and it was refreshing to see such different types of people all joined to enjoy the same music. They opened with ‘Fever’, greeting the audience with the sound of wonderfully dirty guitar and bass before contrasting that with the clean voice of James Veck-Gilodi. Their sound is very pop- rock, incorporating electronic elements with the traditional rock band setup to create a rather soft feel to the band’s presence. One song which stood out was a slower number, ‘Worship’. From the balcony above, the audience could be seen swaying to the melody, with some passionately singing back to the band through the entirety of the song. The band themselves performed well and had an electric stage presence to match the happy- go- lucky vibe of their songs. However, despite their quality performance, and the number of clear fans in the crowd, audience engagement was rather underwhelming. During most of their set, there was little movement among the crowd, and as the show went on an increasing number of people could be seen distracting themselves with their phones.

Having said that, the band continued to give a convincing performance, and their closing song, ‘Sinner’, brought the energy back into the room. The crowd clapped and cheered them off the stage before rather quickly exiting the venue. It was unexpected to see such a lack of excitement, perhaps it was a case of the Sunday blues, but overall, the band put on a truly great show.