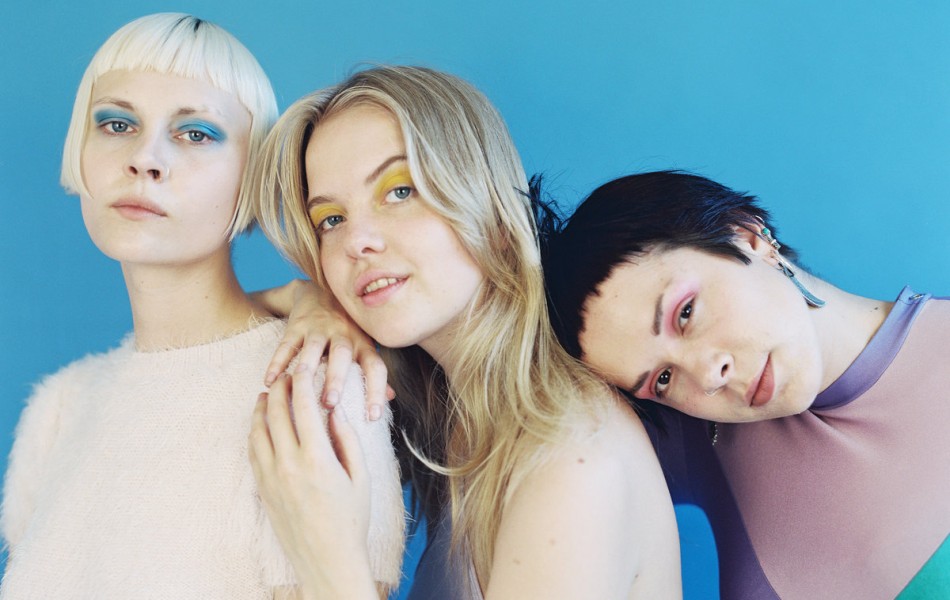 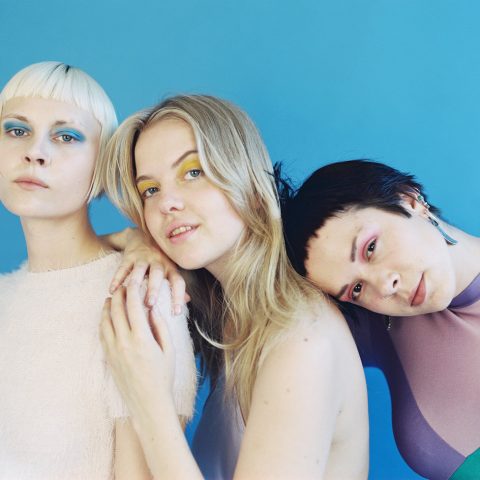 It seemed fitting to go to a punk gig the day after a breakup. Plus this band have a male drummer! Pretty cool…

I walk into a packed black box of a room. A huge disco ball excitedly throwing dots across a pink flooded stage. Through the heads of hipsters and middle aged men (enjoying the throwback?) Dream Wife’s bass is creeping its way into ‘F.U.U’ (10 points if you can guess the acronym). Lead singer, Rakel interrupts the anticipatory stirring base, informing the audience, with cherub-faced, endearing innocence, that she’s going to “cut you up”. Also she’s going to cut your hair…a threat infinitely more scary. The Spice Girls’ “I’ll tell you what I want” is massacred with screams of “I want to F.U.U”. As if this song couldn’t get any cooler, she then melts into Icelandic rap, before dropping a Nirvana-esque slo-mo. Guitar revving under new restraint, ethereal “Bye Bye Bitches” lullabying you back into one last slamming scream fest.

And that was just the first song.

Rakel then cheerfully asks if Big Jeff will help with her mic stand, and would the audience please move their drinks off the stage as she doesn’t want to knock them over. Playing ‘Take it Back’, there is an energetic, newly understated and spacious atmosphere. The audience surrendering to the pulse of sound, the band nonchalantly delivering catchy pop punk. The song builds with Billy’s sharp beats, and guitarist, Alice’s, jagged riffs. The bassist, Bella, committed to her magnetic militant swagger and the height and drop of her howling ‘woo-ooh-ohh-aaaaaah’s’, a feral but controlled sound like nothing I’ve heard before.

Winged by two gritty guitars and the surging rhythm of drums, Rakel is free to happily bounce around the stage, powerfully hammering home lyrics like ‘I am not my body, I am somebody’. She leaves such potent lines to hang, as she stares vacantly above the audience. She’s like a ditsy but fearless child who somehow knows something you don’t.  She plays with her sexuality, not side-lining it, as was necessary for 70s bands like The Slits, but teasing the audience to be so stupid. ‘Lolita’ begins with Bjork-like vocals, before kicking into a tight drumming reminiscent of Franz Ferdinand’s This Fire, a driving reverberating riff to match.

In a closing comment, Rakel contemplates the repercussions of the disco ball falling on the audience, “What we do for rock ‘n’ roll!”. She then revels in in the recognition of the rallying cries “Hey. Hey. Heey!”, before ‘Hey Heartbreaker’ is released with Blondie command.

The night ends with moshing at their feet. The room alight and impassioned, united as they josh around with this ‘Heartbreaker’.  The mad fun and pure happiness in the room reaches a fever pitch, before Dream Wife, all too quickly, put down their instruments and dissolve through the crowd.