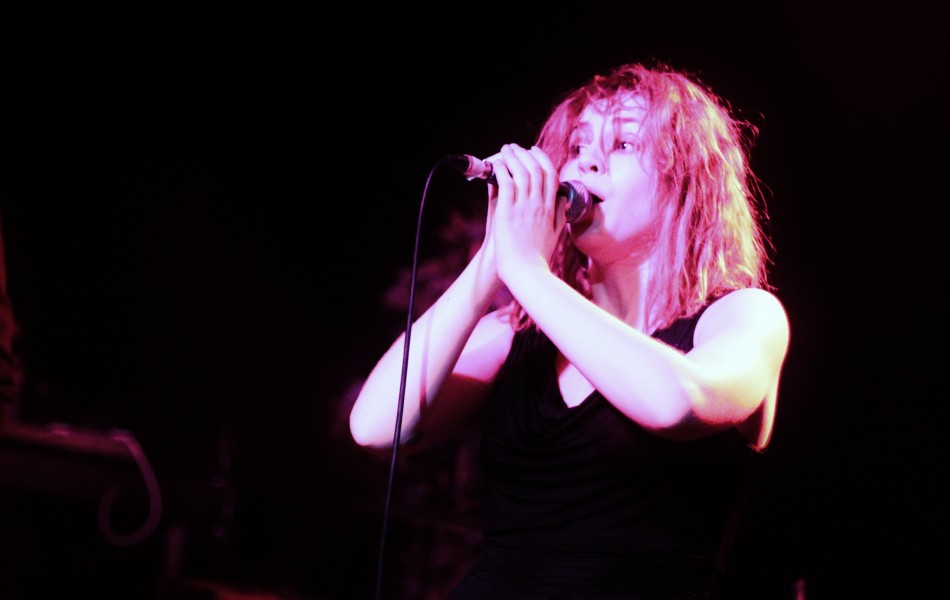 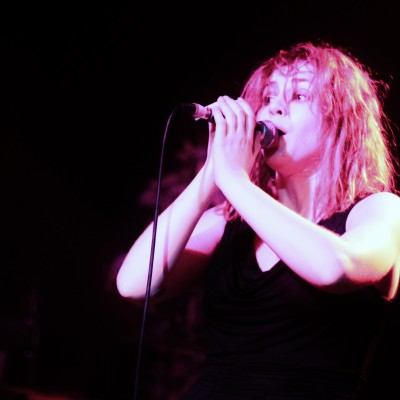 I travel a long way to see my music and sometimes, crawling along through yet another motorway diversion I think to myself “Is it all worth it?” Then I see a gig like this and the question becomes completely irrelevant.

Cardiff outfit Estrons have had a tremendous last year or so. The release of their EP Whoever She Was, was preceded by a series of sizzling singles, supported with some jaw-dropping videos, of which ‘Make A Man’ and ‘Aliens’ are particularly powerful. Finally, they topped the whole lot off with a crunching performance at SXSW in Austin, Texas. The expectation is high.

Firstly though, we have two truly excellent support acts tonight. Firstly Bristolian purveyors of high quality grunge, Sœur tearing off the best gig I’ve ever seen them play, with the aggressive twin guitars and truly wonderful dual vocals of Anya Pulver and Christina Maynard driven on by James Collins’ fearsome percussion. Playing without a bass puts additional responsibilities onto the drummer and he steps up to the plate splendidly. Top band.

I was completely unprepared for the sonic slaughter of London based Italians, Husky Loops – this was a most unusual sound and some of the unearthly squeaks guitarist Pier Danio Forni was coaxing out of what looked like a very standard Telecaster were astonishing. I suppose you could roughly class them as post punk with strong psych elements but that really wouldn’t do justice to the sheer shock value of the music, in which streamed samples were used very imaginatively. Wonderful, original stuff.

The fearsome power with which Estrons launch into their set and maintain for the next 45 minutes or so is astounding. The pace and attack is unrelenting.

The music is abrasive and uncompromising, a heady mix of post-punk and aggressive end alt-rock with Rhodri Daniel’s jagged, angular guitar shapes giving a very distinctive edge to the sound but like all good teams, they build from the back with drummer Toby Bang fully living up to his monicker and Steff Pringle producing the dirtiest bass sounds imaginable.

In singer Taliesyn Kallstrom they have a front woman of real power and charisma. In keeping with the ‘all black’ band clothing scheme tonight, she’s resplendent in posh frock and DM’s protecting a broken toe which is apparently causing her some discomfort – I paraphrase her here. The voice is intensely powerful, particularly during the scathing ‘I Am Not Your Girl’, and even at maximum delivery volume, there’s not a note out of place.

The punky tour de force ‘Belfast’ isn’t actually on the playlist tonight but is delivered by popular demand – the quid pro quo being that the huge venue mirror ball is switched on, bathing us all in shards of light. But I guess we’re all waiting for ‘Make A Man’ and when it does come, after a tantalisingly long build-up, my feet are off the ground as Kallstrom snarls out the ‘nad-shrivelling’ lyrics. Magnificent song.

Finally, an extravagantly noisy version of ‘Drop’ closes what is certainly the best single set I’ve seen so far this year.

This is a band on an unstoppable roll – hitch a ride now!