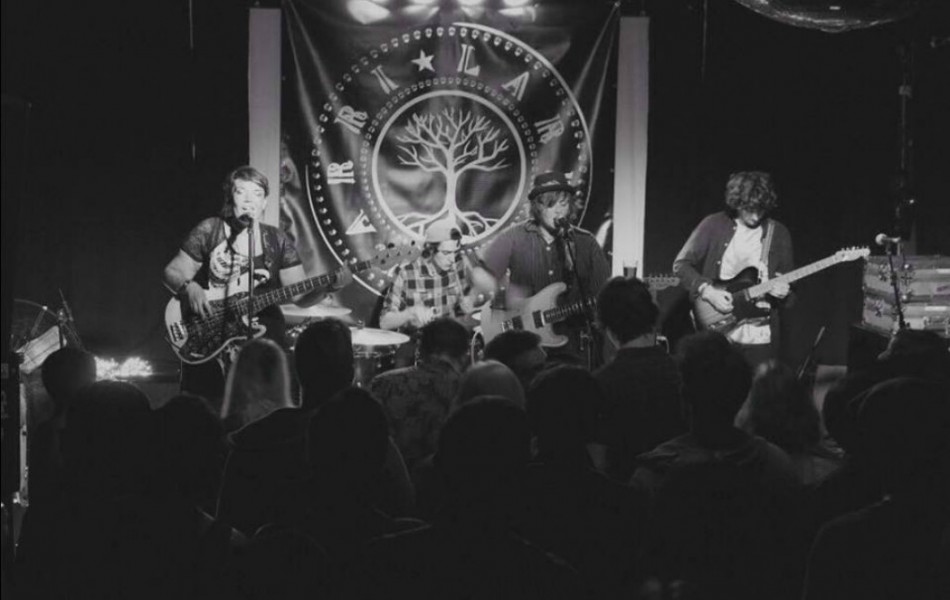 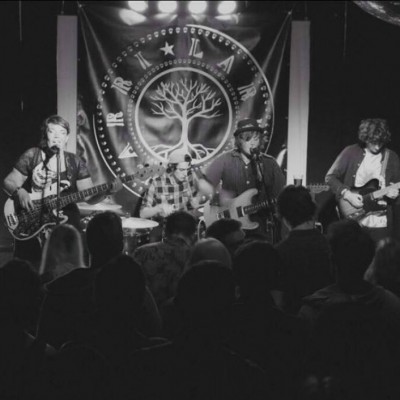 An evening in one of Bristol’s most diverse and blossoming neighbourhoods follows Harri Larkin through the streets of Stokes Croft to the back room of The Crofters Rights. It was in this dark room that Harri, and her recently established band, bring Stokes Croft alive for one night. The independently organised event celebrates the launch of their first EP as a collective – Half-Cut on Super Sick Records.

Much transformed since her solo days, Harri Larkin retains her funky, individual vibe, newly combined with the exceptional flair of three like-minded and equally talented musicians – Zoe, Nic and Dale. The band rule the stage with charisma and whimsical banter, reminiscent of a younger Blink-182, highlighting the affection between the members, and for the music and fans.

If the jokes shared between the band and crowd haven’t captivated you yet, the bubblegum harmonies and ethereal melodies smoothed in relatable lyrics will get you moving. As girls with water pistols filled with rum weave through the crowd intoxicating those in attendance, it becomes incredibly easy to lose oneself in the dancing and cheering. The performance was flawless and captivating from beginning to end.

The headline set was preceded by two capably brilliant bands. Family Jools warm up the stage with their brooding vocals and catchy verses, while Dead Royalties share their undeniable talent through their post punk, yet arty vibe.

Originally proposed to be an album, the ironically named EP Half-Cut consists of five flowing tunes. The band has really tightened up their work over the last year, the outcomes of which can especially be heard in ‘Stuck’ through the carefully placed guitar melodies and foot tapping bass rhythm. The band released the ‘Weetabix and Wine’ music video just a few days before the EP launch, offering a look into Harri and the band’s thriving life in Bristol. The video and the EP itself illuminate the relatability of these young people and their love for music and simple story telling through written lyrics. The approachability and kindliness of this band really sets them apart.

Followed by a stonking after party progressing in to the early hours of the morning, Harri Larkin showed that they are definitely a band Bristol should be proud of.