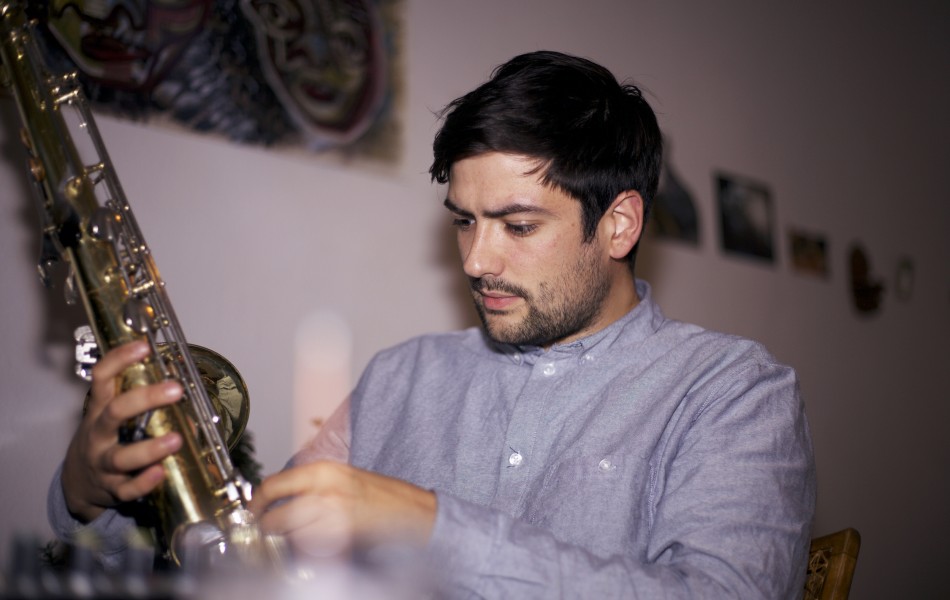 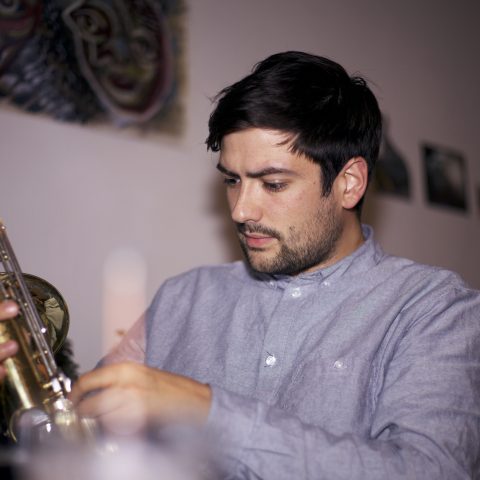 My pre-gig routine normally consists of checking the set times, wolfing down some food and cycling down to the venue. In this case, I didn’t check the set times till much later on and was surprised to see that Run Logan Run were the support for the evening. The dynamic two-piece are impressively loud and their live sets are always pretty wild. I’ve seen them perform a handful of times across Bristol but it had been a while since I last saw them. My earplugs were at the ready for the barbaric collection of tunes that lie in wait.

Starting at just after eight, Andrew Neil Hayes on the sax hollered out to the crowd “if anybody has any mates out there, can you tell them to come in.” Someone from the crowd then went out on the floor of Rough Trade and announced town crier style, that the music was about to begin. I’ve never seen such a civil start to a gig.

Run Logan Run packed a punch, throttling sax parts which were performed on a bed of irregular time signatures and immense drumming. Seamlessly moving between each song with the aid of a loop station, the transition was both hypnotic and soothing. At one point it felt as though I was at a meditation retreat. A theatrical and grandiose opening which was mesmerising to watch.

Ishmael Ensemble were in their stomping ground. It was their first sold-out show and a pretty special one at that. The stage was filled with an impressive amount of gear. I don’t think I’ve ever seen anybody haul on two full guitar pedal cases. These guys weren’t messing around that’s for sure. Ishmael Ensemble all filled their respective places; a flurry of technicolour synths fired up, swirling and manifesting like a beast before the drums kicked in. All four members were deeply invested in their craft, not even making eye contact with the audience. At one point, Pete Cunningham (saxophone) had one hand twisting his synth station and the other nursing his sax.

“We’re Ishmael Ensemble but you already know that, that’s why you came” Cunningham then announced jovially. They then performed ‘Siren!’ from their latest release A State Of Flow, an energetic number which was teetering on the realms of jazz math (if there ever were a genre). Intense and heavy drum sections were complimented by the throbbing bass licks and all in a time signature which made my body jerk. Cunningham spoke about the process of collaboration and how important it was for them as he expressed that “working with Yazz Ahmed was a dream come true”. He then mentioned how Holly Wellington (Holysseus Fly), who features on the new album, couldn’t make it to the gig as she’s currently going through chemotherapy. “Big love to Holly” was only followed with a massive roar of cheers and applause.

Ishmael Ensemble’s set came to the best part of an hour and a half, performing older tunes such as ‘Tunnels’ and ‘Song For Knotty’ and then the epic cover of Radiohead’s ‘Sit Down. Stand Up’. It was oozing with contemporary jazz and galvanized synth sections. I cannot urge you enough to check them out. Somebody please give them a headline slot at Love Supreme festival!