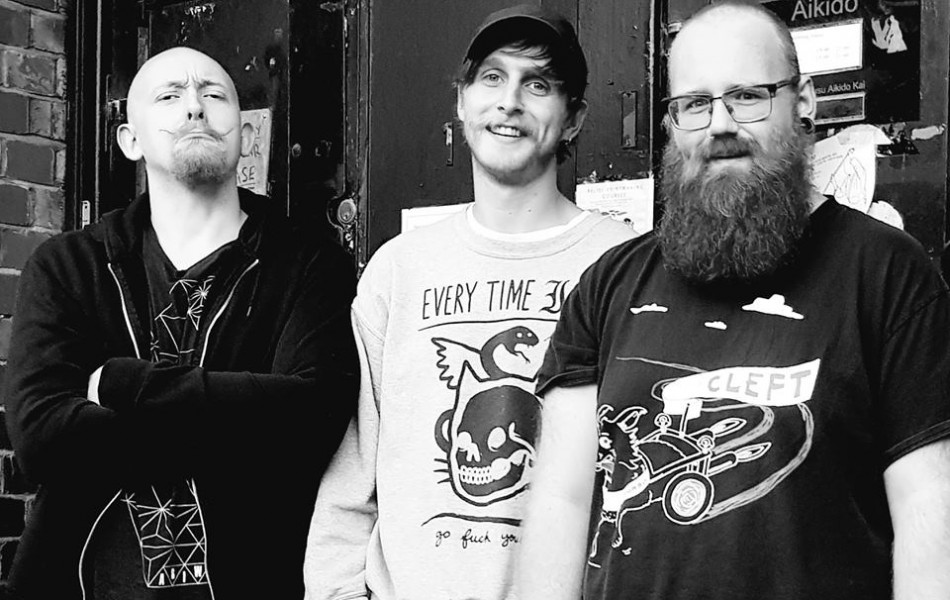 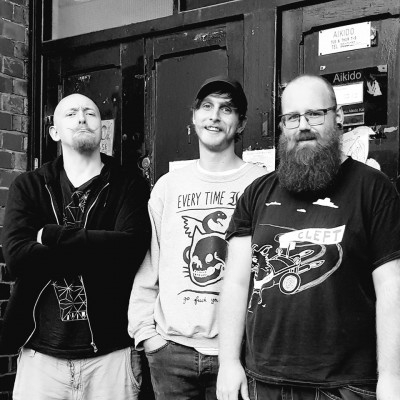 I’d just finished my shift at work and headed straight to the harbourside with some beers. This was to be my pre-drinks before tonight’s gig of choice. The weather was in the mid-twenties and I was basking in the sun, my pasty legs dangling over the harbour’s edge. Soon after, I made my way down to Rough Trade, there was a queue forming outside and everyone was in excitable spirits. I could already hear first band of the night, Last Hyena, long before I even entered the back room. Performing a set which was incredibly difficult to dance along to, their difficultly-timed signatures were dynamic and sharp which kept me in suspense the entire time. If you haven’t had the pleasure of seeing Last Hyena perform, do yourself a favour and check out the charismatic trio – you’ll thank me later.

Next on the bill were three-piece Sugar Horse. The male-dominated crowd were all flailing whilst listening to their set. I wasn’t bowled over by their material, it didn’t push the boundaries by any means. It was incredibly loud though but this doesn’t necessarily mean it was any good. Their tune ‘Richard Branson In The Sky With Diamonds’ featured some questionable screamo-like vocals which was a little unsettling. Overall, their set fell a little short for me and teetered on the edge of hard rock rather than math.

Fresh from releasing their crowdfunded debut album, Beachballin, Memory Of Elephants donned the stage and let me tell you, they were totally basking in how much support was shown. As with most math rock gigs, it can be difficult to distinguish when one song has finished and the next has begun, especially when there is no room for applause. In the case of tonight, I didn’t mind at all as each song flowed seamlessly into the next with very little pauses and interaction with the crowd. Their body language did all the talking, with Ben on bass and Toby on guitar walking up to the edge of the stage and making eye contact with the crowd. This was all the acknowledgement we needed as the music did all the talking.

It was pretty clear that Memory Of Elephants have a diehard fan base. Not only did they managed to crowdfund their new album, the support from their fans was present to the fullest, jerking their heads in time to the beat. The band’s set was verging on rough krautrock meets math rock, it was viceral and almost transcendental at some parts; playing with such might that the floor was reverberating, and even though I’d invested in a set of pretty good earplugs, it wasn’t enough safety for the ferociousness of their set. I think they may have even broken the sound barrier at one point.

The pinnacle of the night came when they performed a gritty version of ‘Tiles, You’re Dead’. I was writing down some notes when the intro began to play and when I then looked up, there were a dozen or so beachballs all being thrown around. It wasn’t long before a mosh pit started to form, peaking when the insane breakdown began.

Memory Of Elephants have cemented their status as one of the city’s most dynamic math rock bands. If you didn’t manage to catch them last night then you’re seriously missing out.