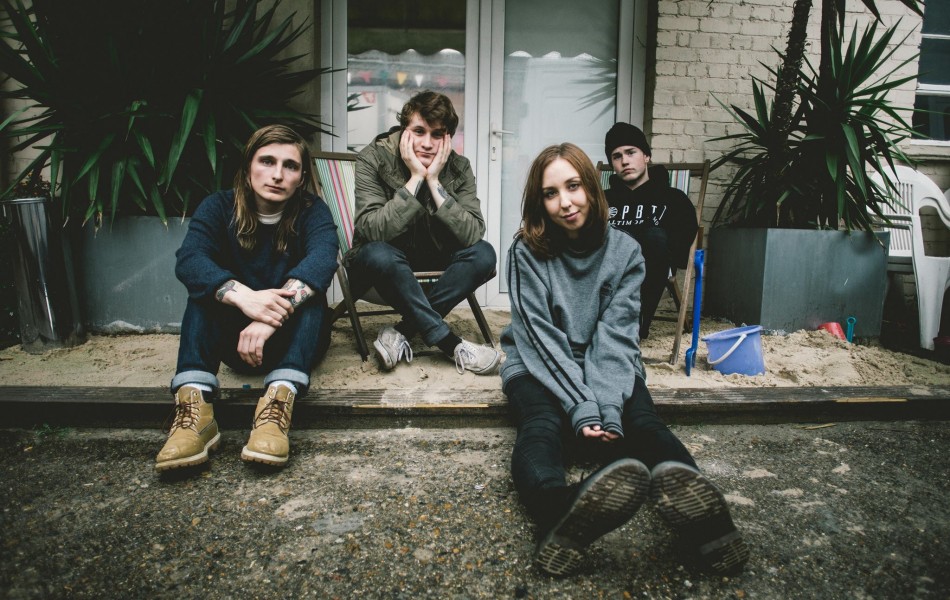 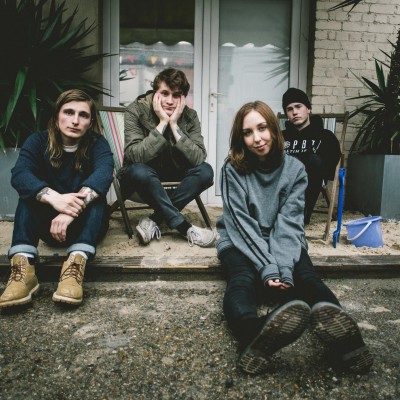 Cheltenham’s 2 Pigs venue was sold-out tonight for Milk Teeth’s debut album launch gig. Not many bands from Gloucestershire make it big these days, but Milk Teeth are a huge exception. They have a solid following of fans from across the UK and beyond who can’t get enough of their alt-rock and punk bangers, teamed with relatable lyrics for today’s 21st century alternative youth.

The crowd was blessed with not one, not two, but three support bands. The first of the night was All Ears Avow, who I unfortunately missed. I’ll definitely be making the effort to see them live in the future, as their own recordings are full of potential.

Eat Me were met to a positive crowd response as the venue started to get packed. I found my way to the front to get a taste (sorry) of the action. Eat Me are easily one of the most promising support bands I’ve seen in a very long time. Their blend of American Pie high school rock and long haired Hanson-ness had me bopping along, absorbed in by their catchy guitar driven melodies. Stand out track ‘Naked’ was my particular highlight – a playful little song that drips with teenage lust. They have an appealing DIY quality, baring resemblance to Pavement.

After the energetic high from Eat Me, trio Pipedream took to the stage. Sadly they weren’t quite on par with Eat Me’s lively set, if they’d performed earlier they would have gathered a bigger reception. It wasn’t that they didn’t stand out, their energy just wasn’t on par with the night’s tone. They do however have a dream like quality to their sound, slightly psychedelic with tones of 80s pop, especially so on track “Imbalance”.

There wasn’t room in sight to walk to the stage for Milk Teeth’s set, 2 Pigs was jam packed and bodies started flying everywhere as they launched into ‘Brain Food’ from their newly released debut album Vile Child. I couldn’t even see the stage by this point, but that didn’t matter because the electricity was bouncing off the walls in the intimate venue.

Their dedicated fan base knew every word to their songs, shouting, pushing and pulling into mosh pits and crowd surfs. ‘Crows Feet’ had the perfect balance of female vocals and harsh instruments, and the bouncy chorus gave the crowd reason to move, as they did with every song. Their performance rounded off a loud and brilliant night at one of the county’s finest small music venues, declaring that 2016 is the year of Milk Teeth.