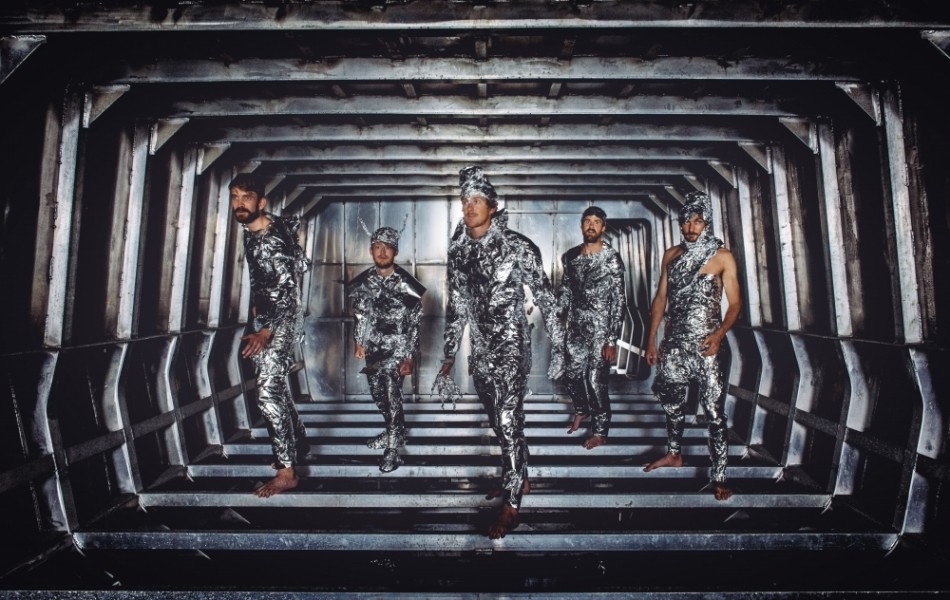 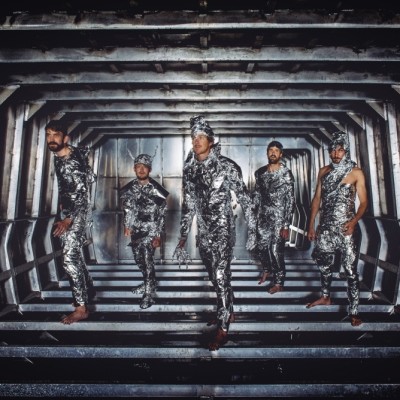 The size of the Exchange and the kit they’ve fitted it with I’ve found can create two particular types of experience. The first, is that of standing directly behind a jet engine until you’re slowly shredded to pieces, and the second, is a more communal feel where the act concocts a little world around everyone with the music. Both have their merits but tonight was certainly the second.

Up first were Two Day Coma. They reminded me very much of The Mountain Goats in the way they’d adopted a very literal narrative style stripped of any kind of poetic hyperbole. The intentionally straight and slightly wounded style of singing had a distinctly emo character to it as the singer invited us to reflect on his hopes, regrets and retrospective melancholy.

Unfortunately they were arranged with the primary vocalist and story teller tucked onto the right side which somewhat overshadowed compared to the other band members. I feel the songs and overall performance are a winning combination but lacked significant punch where necessary. I feel this was just down to confidence and a slightly loose execution at times. I’d love to see them 6 months down the line as I feel they’ve developed something very genuine and articulate.

Rhain arrived on stage with her usual lack of fanfare and perched herself elegantly behind the keyboard with a mischievous smirk. The full reverberating grand piano sounding chords and her smooth swooping voice never fail to make you tingle however many times you’ve experienced it. Her work has a classical backbone with a singer-songwriter type earnestness and intimacy. It did feel as if she was playing to a limited room size compared to other times I’d seen her perform. The Exchange is not huge and the way she held back slightly was very effective at hugging the audience into her world. Her voice has the sophistication and power of the likes of Bjork or Amanda Palmer and much like them, her songs have a blunt emotional honesty to them; the former single ‘Josephine’ being a good example of that.

The shuffling of chatter that rose between tracks gently simmered down as each song began in the manner of an audience attending a concerto. Apologising her slightly hoarse voice, she explained that she was working as caddy at a crazy golf course which included a lot of shouting; but that it was all for a good cause. Saying that, the falsetto at the start of ‘Humdrum Drivel’ still startled everyone in the crowd unfamiliar with its impressive opening. ‘Pavlova’ also stood out for its beauty and rather unsettling undertones. Its combination of lament and nursery rhyme simplicity easily gets under the skin and achieves a tremendous connection within its short duration.

Finally, Plastic Mermaids who have become a pseudo ensemble piece with Rhain in recent times connect their multitude of leads and begin with a simple 80’s sounding electric piano. This is quickly accompanied by a flood of drawn out distorted synths and feathery vocals infused with effects not dissimilar to a Grandaddy track, with its combination of psychedelia and vulnerability. It awkwardly stepped along, gathering speed and pace before slowly transforming into a type of noughties DFA-produced disco punk; in much the same manner as of The Rapture tracks seemed to verge towards dance music while still retaining their indie band persona. Amongst all this ingredients, the synth would let off small explosions of strangled and contorted digital sounds.

One of the key features of the tour was to try out new material; the first came in the form of a country/rockabilly style song akin to ‘Oh De Lay’ era Beck with an underbelly of shuffling drum beats. This was followed by something of a psychedelic theatre with grandiose full chords and Flaming Lips-type organ sounds. The resounding and contagious “It’ll be alright, it’ll be ok” had all makings of an anthem in waiting. The song which followed was full of bizarre harmonies, a disjointed captivating groove and flair which likened it to Ziggy Stardust-type Bowie. All the tracks were intriguing and had a consistent thread despite all the possible influences.

Drawing towards the end they played crowd favourite ‘Alaska’ with it’s hopping palm muted guitar melody and almost prog-rock level of detail. It’s one of those tracks which seemed to endlessly grow in magnitude as it marched along. Rhain made her way back onto the stage to add her operatic contribution to one of the final songs, bringing back memories of Faithless’ ‘Drifting Away’. She pulled off all the majestic melodies and difficult high notes despite her slightly dry throat.

As the evening came to a close, I came with a real feeling of connection with all the artists. They had all played to the space appropriately and with an indisputable passion, relaxing into the environment and creating an intimate and other-worldly bubble of refreshing escapism.