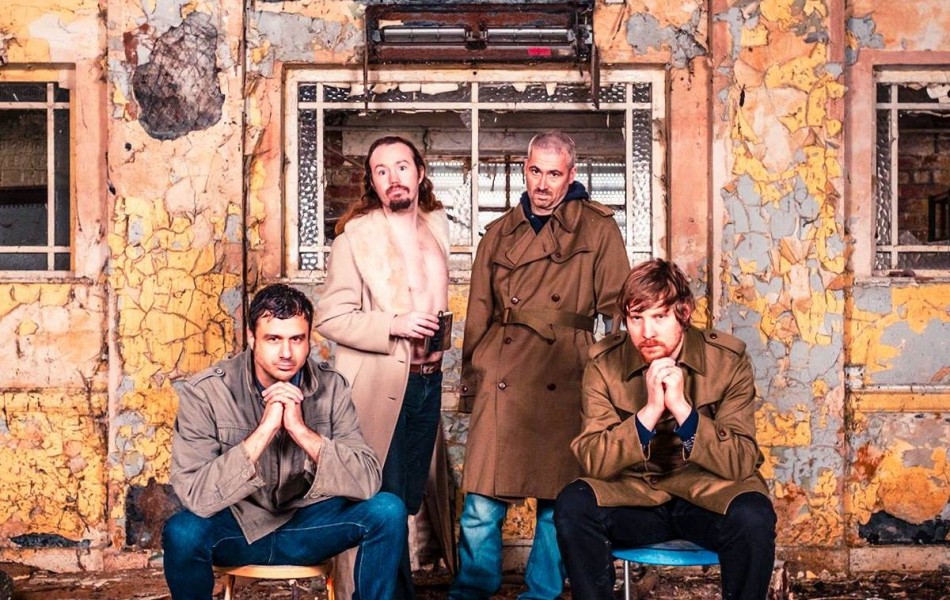 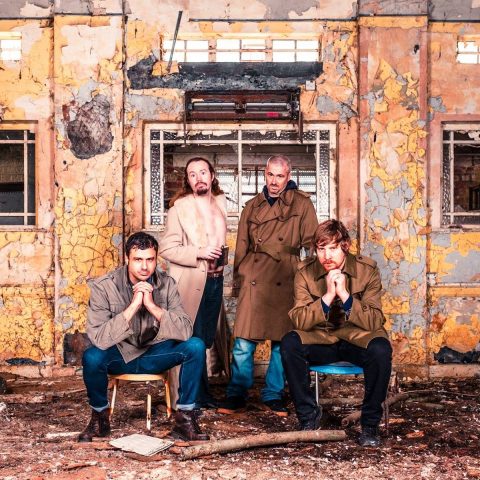 Considering it’s a relatively new venue in Bristol, it’s not entirely surprising that this was my first gig experience at Rough Trade. I had no idea what to expect from seeing live music in a record store, but I was pleasantly surprised by the experience. The bar area was stylish and cosy, which provided the perfect place to wait and chat between performances in the back room. The night kicked off slightly late with Bristol band Radiators. Their sound can’t quite be confined to one genre, bringing together elements of punk, grunge, and psychedelic rock in a way that made me feel like I had been transported back to the 60’s. Their presence on stage was enthusiastic and well put together, and although the room had a limited crowd at this point, the energy was quickly building.

Next up were Twisted Ankle, a trio who could only be described as comedic jazzy grunge. This sounds strange, I know, but you really need to see them for yourself to understand. Again, despite the room being relatively empty their stage presence was eclectic, and their humorous lyrics had the audience laughing and chanting along. The comedy aspect could have been overplayed, but the band had this perfectly balanced with the rest of the performance to create a truly enjoyable experience. Bassist, Bruno León Chávez, was particularly entertaining with his vocals and hectically flailing around the stage. All members, however, performed with such energy that I almost forgot the fact we were in such a small space. Overall, Twisted Ankle were a big surprise and one of the highlights of the night.

Headlining the show were Repo-Man, another Bristol based band bringing elements of post punk and psychedelia. With the room now filled considerably, it was clear that this is who people had come to see. Like with the first two bands, Repo-Man were certainly a pleasant surprise. The somewhat poor acoustics of the room meant that I couldn’t quite pick up the names of songs, but I didn’t mind too much as I was focused on enjoying their performance, as were most others with many audience members seen to be moving to the groove. Arguably the best moment of their performance was when frontman, Bojak, pulled out an incredibly shiny saxophone part way through their set. This was the biggest surprise in a night full of surprises, although it really shouldn’t have been as there were two saxophones stood at the front of the stage. I was simply too enthralled with the band to notice! Immediately I was reminded of Korn when vocalist, Jonathan Davis, cracked out the bagpipes. I applauded enthusiastically as he played, both with technical brilliance and sheer entertainment value.

But that’s not all Bojak had up his sleeve for a few songs later he pulled out yet another strange element: a violin solo. He harmonised flawlessly with the distorted guitar, his talent undeniable. I couldn’t help but burst into a huge grin as I watched his enthusiasm radiate throughout the room like a tidal wave. This would not have been so effective, however, were it not for the chemistry between each band member, which seemed so natural that we could have easily been watching them rehearsing rather than performing in front of a rowdy crowd of fans.

I went into the gig not knowing what to expect from the bands or the venue, and I left wanting to experience all of it again. None of these are bands to miss, so if you haven’t already, check them out. You won’t regret it.