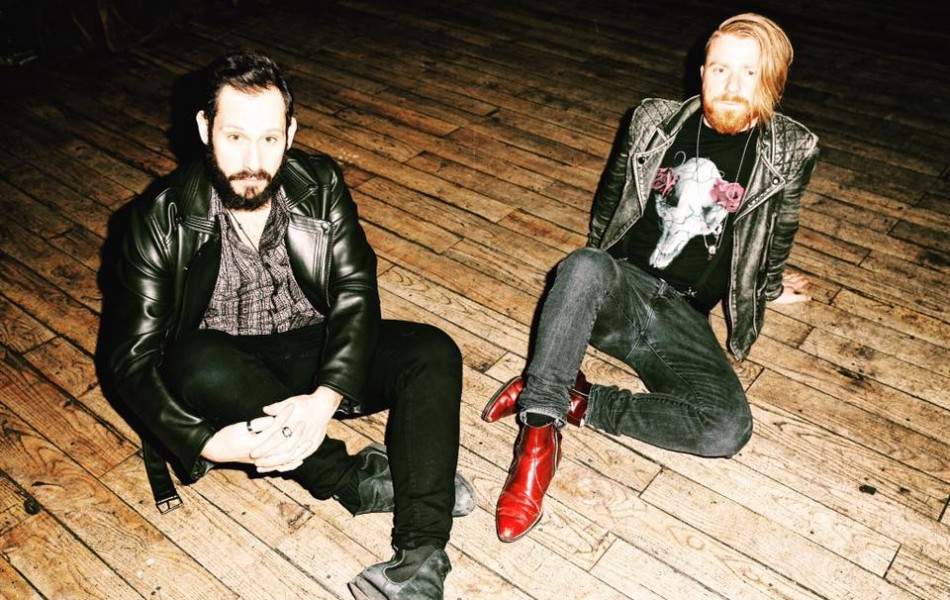 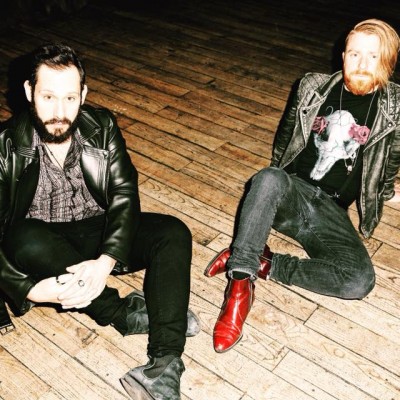 Rival Karma delivered an evening of electrifying ‘ninja rock’ to a delighted crowd at The Thunderbolt. A genre invented by the band, ninja rock comes across as a blend of blues- infused stoner rock and southern rock. Rival Karma’s set was crammed with killer riffs, wildly dynamic drumming and vocals combining just the right amount of grit and smoothness. Martin William Ross and Piergiorgio Ciarla (PJ) more than earned their right to call themselves a power duo that evening.

The pair opened with ‘Go’, a hard-hitting song whose fuzz-laden opening riff had the audience hooked straight away. The punchy guitar tone contrasted beautifully with Ross’s smooth, ‘prettier’ vocal delivery here. It was apparent from the start that one of Rival Karma’s strengths is their excellent use of dynamics and space. One second the atmosphere would be thick with heavy guitar playing and crashing drums, the next, everything would suddenly snatched back with a flourish into something soft and gentle. It was truly intoxicating. The band followed this with ‘Little Something’. Ross’s opening guitar part was menacing yet dreamy, with a nostalgic, bluesy feel. Paired with PJ’s hypnotic drum groove, this made its listeners feel like they were hitting the open road, on a journey somewhere unknown. As the song continued to build and build, the audience went from contentedly bobbing their heads along to gently swaying. By the end, everyone was dancing and cheering.

Another highlight from Rival Karma’s gig was, according to Ross, “a little less PG 13”… ‘Chemical Courage’s opening Drop-D riff was slow raunchy, with Ross seemingly taking all the time in the world over it. PJ’s drumming in the intro was light-handed and wonderfully groovy. Ross’s intermittent guitar licks between vocal phrases would, no doubt, be described by many a guitar-lover as rather ‘tasty’ too. After a perfectly built-up crescendo, the song ended with a short, booming outro which contrasted well with its opening. ‘Wasting Time’ saw PJ use a sound pad clapping effect in his drum part. This could have seemed out of place in Rival Karma’s riff rock context, perhaps being a risky move to some, but it worked, lending the song a swingy feel with a proper boogie.

Once Rival Karma finished their set, an encore was demanded from the audience, who clearly could not get enough. Instead of just playing another song, though, Ross and PJ invited us all onstage for a closing jam. On The Thunderbolt’s small stage, this could have been a recipe for disaster… However, it ended up being heaps of fun for everyone. We were dancing, jumping around, singing and having a wonderful time. PJ even handed a spare pair of drumsticks to one of the support’s drummers. The evening ended with beaming smiles, laughter and warm embraces all around, well and truly proving the power music has to bring people together. On that night, Rival Karma could not have done a better job.