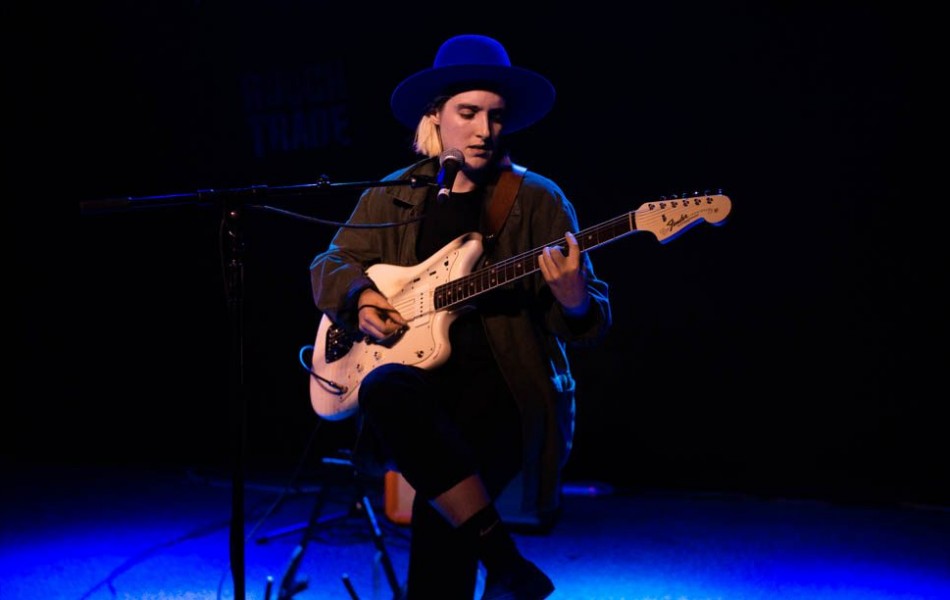 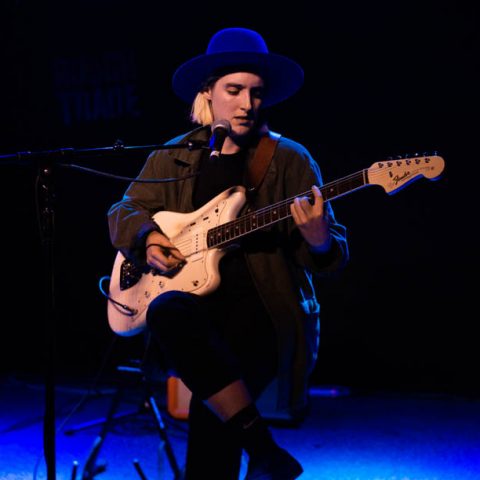 It’s a sunny but chilly summer evening in Bristol and on arriving at Rough Trade, a real-life tiny Shura (Alexsandra Denton) is taking some quick photos with a friend in the black and white photobooth. Shura’s long awaited second album, forevher, released on Secretly Canadian has been out for three days, and I can’t speak for the handful of fans already eagerly waiting in the cafe bar, but I’ve been listening to the new album non-stop since; especially the upbeat disco-vibes of ‘religion (u can lay your hands on me)’ to the dreamy and lo-fi ’skyline, be mine’. It’s also been three years since the release of Nothing’s Real – Shura’s nostalgic, bittersweet debut of unrequited love songs. If Nothing’s Real is an introductory, contemplative exploring of mixed feelings around new and old relationships, then forevher is a more direct, full story of a new relationship taking place over the last three years. The first single, ‘BKLYNLDN’ sets the scene for a second chapter – an exciting and modern long-distance relationship with a woman in the states, framed around Shura’s own personal life since releasing her first album.

The stage is lit blue, matching the new album cover, only a stool, mic and Shura’s signature white Fender grace the stage for some stripped renditions of her upbeat new songs. Carefully navigating the guitar strap around a big rimmed blue hat and starting with new track ‘side effects’, Shura’s sweet voice and soulful chords ring out into the small back room of Rough Trade. The vibe is relaxed, and next we hear ‘forever’ – a song about going on a date in Coney Island – Alexandra compares with a fan in the audience the famous beach amusement park with the UK’s own Blackpool. Her voice rings reminiscent of Kate Bush at times throughout the catchy “together, forever” chorus.

Announcing that ‘religion (you can put your hands on me)’ is the next song gets a gasp from an audience member, and Shura jokingly agrees that a gasp is an appropriate reaction. “religion? *gasp*” The second to last song is an old classic (‘Touch’), and performed just with guitar makes it a more softer, emotional take on the slow dreamy pop number.

The final song is ‘flyin’’, a piece about overcoming fear to be with someone you love. Before beginning, Shura apologises for burping and then stops to tell us about snorting once into a mic and it reverberating around the venue. Wondering aloud to the audience why she had just shared this, she comments that with being an artist you share everything. If you’re familiar with her lyrics you’d have to agree, be it an awkward snort, or singing about checking your phone as soon as the plane lands to check for any messages a lover has sent you, or sharing the growth of a personal relationship through an entire album. It’s a nice thought to end on. The song finishes, and a long queue of fans wait for selfies and signings.