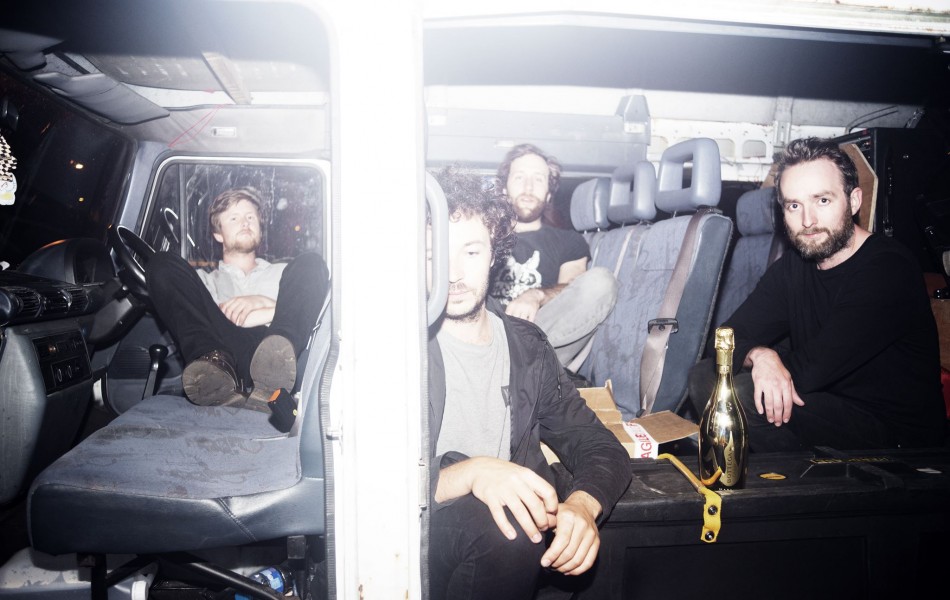 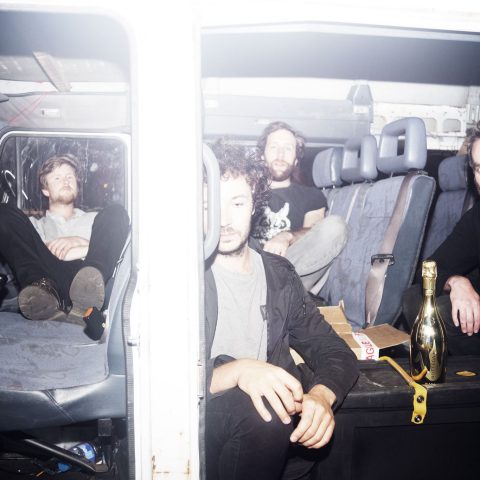 Since the release of their second album Condition, it’s been a quiet year for Spectres. This is easy to forgive however, as half of the band also run Howling Owl Records, which recently hosted an incredible New Year/New Noise show in January. But the Bristol-based four-piece are showing signs of movement with the release of a music video for ‘Welcoming The Flowers’ and now two co-headline shows with Housewives in London’s The Victoria and Bristol’s Rough Trade store.

E B U kicks things off and immediately grabs our attention with her extravagant dress sense and a light touch of face paint, which adds up to look like a character straight from The Fifth Element movie. Performer Ella Paine’s dark and experimental electronic pop songs are often split up by short instrumental interludes and sprinkled with a slightly robotic dancing style that is a delight to watch. The fluid synth lines often amalgamate into sci-fi soundscapes and minimal electronic beats keep a basic pulse, but the vocals are the most striking: With a pitched down vocal effect, she sings with a deep and often unrecognisable vocal style that invokes otherworldly qualities in her music.

Co-headliners Housewives bring the energy levels up a pretty big notch, as their raucous experiments on drums, bass, guitar, synths and saxophone are kinetic and particularly infectious. The London-based 5 piece, all wearing matching white t-shirts this evening, create looped sections from jagged riffs and off-kilter rhythmic motifs. Grounded by bass drones and twangy repetitive guitar, these avant-garde compositions are often looped for minutes on end which begin as harsh sound textures, but culminate in a cathartic wash of noise and energy. The cold, minimalistic approach to the music is reminiscent of Battles and the progressive sound textures occasionally mixed with vocal shouts conjure qualities of a more jazzy Gnod. Each musician moves to the music in their own way, but the saxophonist is most notable in his ability to jump up and down for almost the entirety of the set, often pumping his fists in the air in between short bursts of squeals and melodic improvisation.

Spectres announce their presence immediately with ‘Neck’, a beautifully discordant tune from the album Condition. As the feedback subsides, guitar drenched in reverb introduces ‘Sink’, a more post rock sounding track from their debut album Dying. By this time, the audience have well and truly drowned in epic amounts of feedback and white noise bleeding from the guitar amps. ‘Dissolve’ has a more plodding feel to it, but doesn’t shy away from gut-punching everyone in the room with raw noise. Below this noise though, the meat of the songs – stomping, marching drums and repetitive, yet firm bass lines – continually thrust the music forward, which creates an atmosphere of perpetual motion, seemingly unable to stop.

Heavy distortion on the bass guitar ups the ante in ‘Welcoming The Flowers’, a darker, creepier song than some of the others. As well as old songs, there are several new ones. Each sits perfectly in the set, utilising the cacophonous, penetrating wall of sound this Bristol-based four-piece are known for, delivered with a similar sombre and gothic style. These new tracks are glimpses of what will be a third album from Spectres. The success of previous albums can only mean it will be another sonic treat for fans of noise and silly amounts of distortion.

Although Joe Hatt’s lyrics are often drowned out by the band, the vocal style is consistently minimal and subdued, like an inner monologue that persistently pushes through the confusion and noise. Musically, he sits around notes that help push and pull the tension and resolution that’s produced by conflicting tones in the guitar feedback. There are also occasional quieter moments, rare and unexpected, where tender sounds and words shine through. As an audience member bathing in noise, this attention to detail is easy to overlook, but the haunting qualities of the music instantly turn into a refreshing experience when changes in dynamics are used tastefully and sparingly.

Coming out of the show half deaf and allowing your ears to acclimatise to ‘normal’ sound levels again is a big talking point amongst the crowd. But as the partial hearing loss disappears, the experience of Spectres’ live shows will always remain a memory we won’t want to lose.