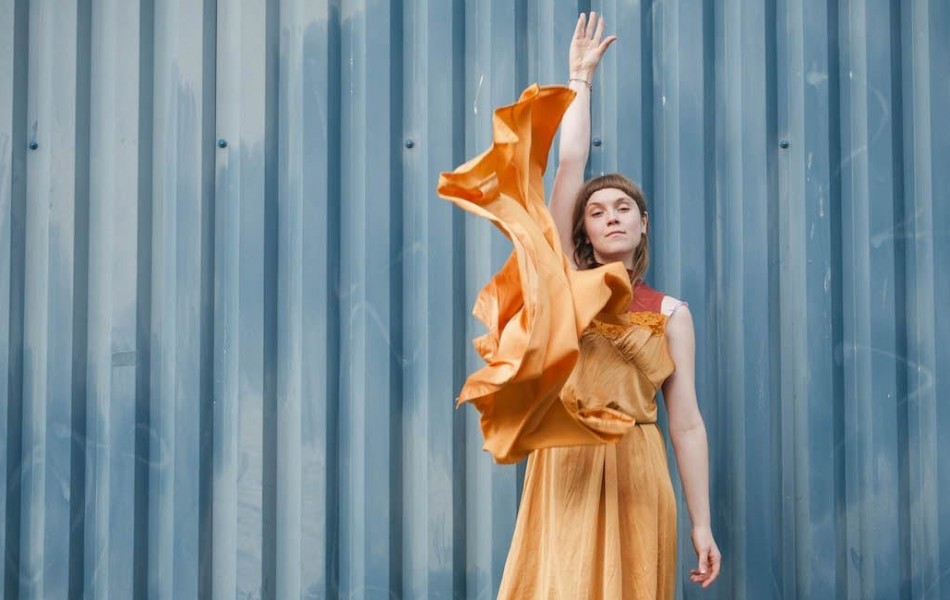 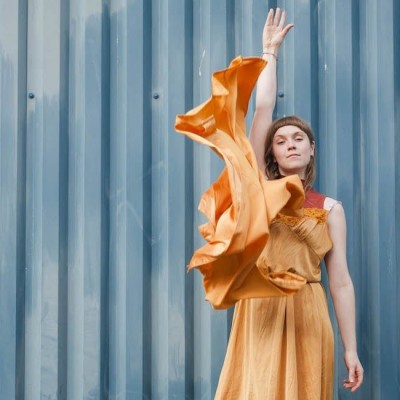 Not many people have their album launch at The Wardrobe Theatre and I could tell from the get-go that it was going to be a spectacle. As soon as I made my way towards the theatre I was greeted by a creature dressed in silver robes and covered in silver bodypaint; we locked eyes and I smiled curiously. The creature then quickly scurried away whimsically down the hallway. Adamant to track down this silver nymph, I then followed them around the corner. I was given an envelope which had the word ‘FATE’ written in cursive on the front. I wasn’t sure if this was part of a mild audience interaction where we would all have to open them in unison during the show. Was there going to be an Oprah moment where we all open our envelopes to find car keys to a brand new Lexus?

Support of the night came from Dublin based trio Alfi. Consisting of the uilleann pipes, banjo and harp, their set was mythical and engaging. Fusing old-time music and appalachian/Irish music their performance was soothing and transfixing to watch. Their contemporary arrangements of old-time originals were captivating. During ‘Bedtime Stories’ a chorus of laughs were heard from the crowd in response to the lyrics ‘there was a little pig and he wasn’t very big’. A thoroughly hearty set.

During the interval, the iron creatures re emerged amongst the crowd, snaking their way through the aisles with platters of miniature cakes on them. Amuse-bouche at a gig? Don’t mind if I do. We all munched on cake whilst Stanlaey set up their gear, nothing could have prepared me for the magic that was about to unfold, or the unpredictability of what could happen during their set. All I wanted to know was ‘am I walking away with a Lexus at the end of the night?’.

The Wardrobe Theatre was the perfect setting for tonight’s gig, I couldn’t imagine Stanlaey performing at any other venue. It was grand, theatrical and performative; all of these elements were intertwined into Stanlaey’s set. Opening the night with ‘Properties of Ice’, Bethany Stenning’s instantly recognisable vocals sit somewhere between Björk and Kate Bush. The string quartet elevated the songs into new territory – it’s grandiose and goosebump inducing. Bethany talks of how the album has been 2 years in the making and that all the songs performed tonight were different arrangements from the studio versions. I couldn’t help but wonder why there were different arrangements as opposed to playing the studio versions – I wasn’t entirely sure it was necessary but it was a spectacle to witness nonetheless.

The rugged performance of ‘The Mountain Collector’ was a highlight for me; mystifying lyrics such as ‘I collect my ecology for my identity’, contorting and stressing on specific words whilst Ben Holyoake went full on Thundercat, hammering at his bass. On drums Oliver Cocup was in complete ecstasy, holding down a dynamically tight beat.

Bethany articulates that The Human Project is an audio/visual album, each comprising of seven different elements with each one having their own music video. I left feeling fulfilled and in awe which doesn’t happen often once I leave a gig. As I was leaving I clocked a few people who were in tears, it was poignant and moving and probably one of the best gigs I’ve been to this year. I did leave Lexus-less though.

If you get the chance, listen to Stanlaey’s latest release The Human Project, a collection of deft and conceptually rich songs.