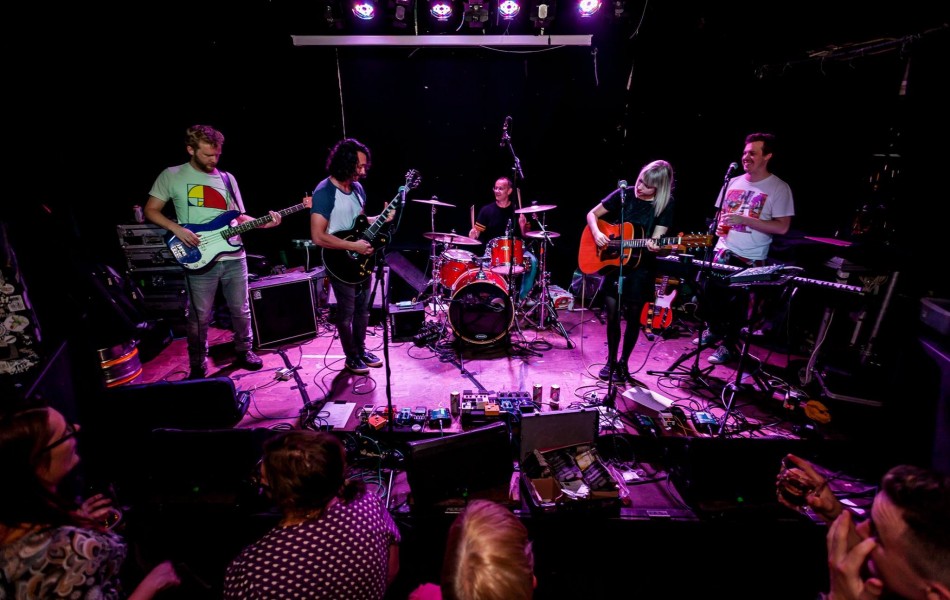 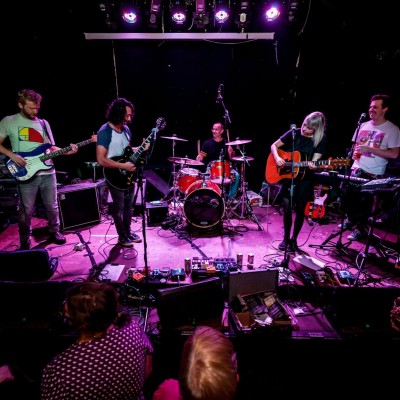 After 10 years of memorable performances around Bristol and beyond, indie/americana outfit The Lasting Days took to The Crofters Rights to mark the release of their fifth record, Typography.
After opening in an unconventional time signature just to make absolutely sure the audience knew they were more than just another indie band, frontman Richard Smith and rhythm guitarist Sarah Proudfoot’s distinctive vocal harmonies were showcased perfectly throughout the set as they performed the new EP in full. The packed room was also treated to the more experimental end of the band’s offering, with one track of plucked and bowed violin, and vocals (through the violin mic), created entirely through a loop pedal. This was where the show really started to grab my attention, though it’s fair to say that they would have benefited from a more informed audience to really get the best out of such a technical piece.

Even on new material, these guys are exactly as tight as you’d expect after a decade of practice. If I had a gripe with the first half of the set it would be that too much of the showmanship is coming from Smith – it would have been great to see the same level of commitment to the art of performance across the stage.

Moving into the second half of the set, loyal fans from the band’s long history on the local scene (and there were clearly plenty of them present) were delighted to see them delve into their extensive back catalogue, making full use of the extra time and space offered by a headline appearance to crack out a wider range of instruments. The room really came alive at this point, with a lot more of the energy and raucousness that The Lasting Days are known for – both on and off the stage.

After shamefully missing most of their set at Bristol Harbour Festival, it was great to see The Lasting Days doing their thing and owning the space. And with the release of this new record, they’ll definitely be one to watch in the coming months.