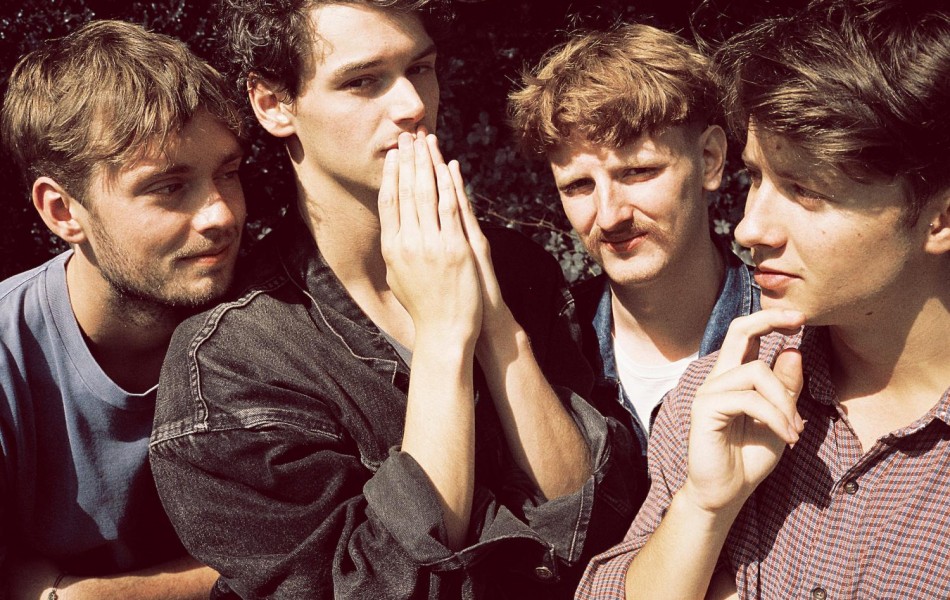 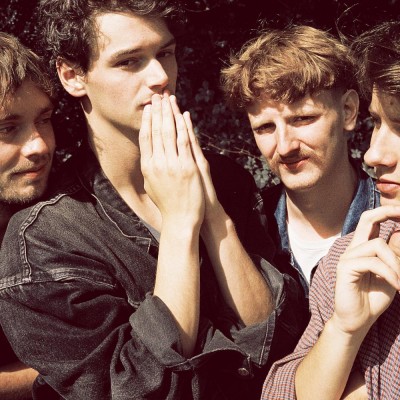 While plenty of successful touring bands roll through every month, there has been something of a lack of momentum for Bristol bands in the last half-decade to really absorb the full support of their home city and propel themselves to greater national heights. But 2017 looks to change that, and following on from the recent success of Idles and Spectres, garage rock four-piece Van Zeller headline a triumphant hometown show at the Louisiana, staking a claim that Bristol is in fact one of the most vital cities in the UK for aspiring indie bands right now.

Tonight’s opening set comes from promising Guildford group Vinyl Staircase, who originally hail from Dorking and surprise everyone with their blend of dazzling shoegaze and cacophonous guitar riffs. Taking cues from DIIV, Toy, Sonic Youth and more, Vinyl Staircase’s set is psychedelic yet urgent, and masterfully played by its young members.

Up next are Bournemouth trio LEECHES, whose sometimes surreal take on indie rock comes as a revelation to tonight’s audience, as well as creating its first mosh pit. Following their hugely well-received EP Strange Bonds released two weeks ago, the band play an mix of distorted garage rock and dreamy indie pop, shape-shifting effortlessly between sounds while still claiming everything as their own. But just when the audience begin to get their heads around their style, vocalist Ben Lowe reveals yet another trick up his sleeve, pulling a virtuosic guitar solo out of thin air. Entertaining and intriguing in equal parts, it’s no wonder the group are beginning to develop such a following in Bristol.

Though both support bands undeniably impress tonight, nothing can take away from the hype surrounding Van Zeller’s headline set. After 18 months or so on the scene, tonight’s sold-out show sees the stars beginning in align for the Bristol band. Van Zeller coincide the gig with the release of their new double A-side single ‘All Or Nothing’/’You Can’t Lose’, and relish the opportunity to play these songs live. The former also boasts the line “take me back to Maidenhead”, a ridiculous lyric that already has the entire room singing along.

Besides their scrappy, uptempo sound, the main thing separating Van Zeller from the support acts is the group’s liveliness. The band storm around the stage, commanding attention at every turn and shredding through songs at the speed of light. Unsurprisingly the set goes down a storm, the group already being treated as local heroes. They may have only released a few songs to date, but the large audience – packed like sardines – go wild for every one.

The show ends with frontman Ben Harbro crowd surfing his way to the back of the room (where unfortunately there is no longer a bar, just a mixing desk), while the rest of the band onstage take a second to humbly bask in the glory of their latest accomplishment. And while the bores of modern music criticism declare daily that rock music is dead, tonight’s show boisterously begs to differ, with three outstanding young bands not only keeping the spirit of guitar music alive, but also reminding us all how truly awesome it can be.