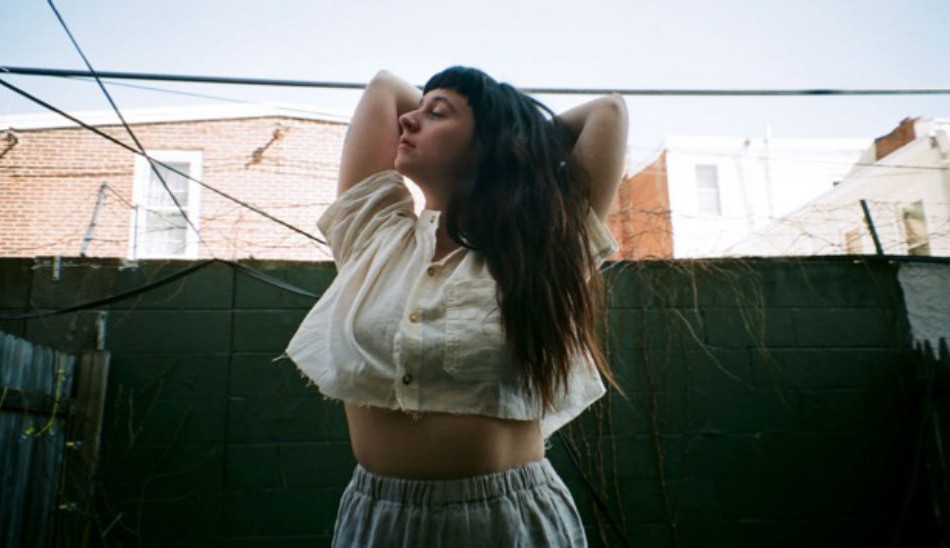 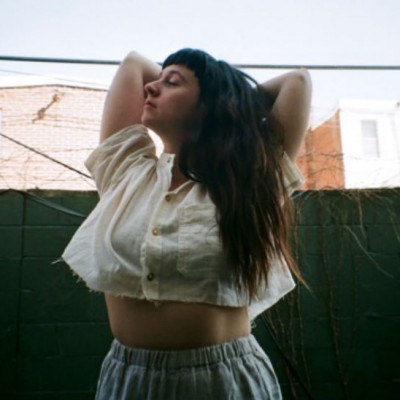 It’s been three years since Waxahatchee last performed in Bristol; a lot can happen in three years – an EP, an album and a few tours later Waxahatchee their performing folk driven tunes with a hint of grunge and punk rawness. Opening the night were Ex-Vöid, a group featuring former members from noise-punk-pop band Joanna Gruesome, already this was going to be a killer show. A powerful and punchy set featuring some fresh tunes from their three-song single which was released this May, definitely check these guys out if you’re a fan of pop-fuelled grunge (and Joanna Gruesome!).

The stage was flooded with green and pink lights, it was only a matter of minutes before frontwoman and all-round babe Katie Crutchfield graced the stage. Wearing a gorgeous orange dress that Stevie Nicks would envy, Katie gives us all a sweet “hello” before picking up her acoustic and performing a folksy opening number. She had us all in the palm of her hand, everyone listening intently to her silvery voice. The band joined on stage (including her twin sister Allison on guitar!) and dived straight into ‘Recite Remorse’, a synth-dream-pop number with plenty of echo and reminiscent of a Beach House bootleg.

Then came punk badass number ‘Silver’, a rock driven riff that packed a punch, combined with Katie’s poetic and delicate songwriting and you’ve got a grand tune. “How’s it going Bristol?” she announced, followed by a roar of cheering and applause. A track from 2015 album followed; ‘Poison’ is a gutsy hard rock riff with dazzling backing vocals. Katie’s elegant stage presence was alluring, saying very little in between the songs, all adding to her mystery. The highlight of the night was the rendition of ‘Sparks Fly’. An absolute gem of a song both lyrically and musically. An indie-folk number which truly showed Katie’s beautiful eye for songwriting, including lines such as ‘and I see myself through my sister’s eyes / I’m a live wire, electrified’. There was a wonderful aura around her performing; it was tantalising and she had me hooked the whole time.

In stark contrast to ‘Sparks Fly’, the gutsy ‘Never Been Wrong’ then followed, a jangle pop-punk tune which could easily be mistaken for a Cranberries number. A tale of two halves, a hard hitting intro which was then demolished by a stunning harmony breakdown taking me on several twists and turns like a white knuckle ride. From poignant goosebump inducing songs to punchy, all-girl-ass-kicking tunes, Waxahatchee became everyone’s favourite band.

Katie announced that this was their final song and entered into acoustic ditty ‘Under A Rock’ – full frontal power, reminiscent of The Corrs meet Courtney Barnett plus some more punk. Naturally this wasn’t their last song as the audience were shouting for an encore and refused to leave unless the people got what they wanted. The silky smooth ‘Swan Dive’ was breathtaking, it was solely Katie on stage with her acoustic, another exquisite example of her observational style of songwriting that clings on, long after the show has ended.

Ending the night with the poignant ‘Fade’, a sweet ode and highlight on her latest album Out Of The Storm. Jangly guitar and wispy vocals make for a moving end to the evening, the final lyric of the song ‘I’m fading away’ echoes throughout The Fleece before Katie leaves the stage to a roaring applause. The night was truly a beautiful affair, touching lyricism along with gritty foot stomping tunes. Let’s just hope that her next visit to Bristol won’t be in another three years, I’m already craving another gig from Waxahatchee.