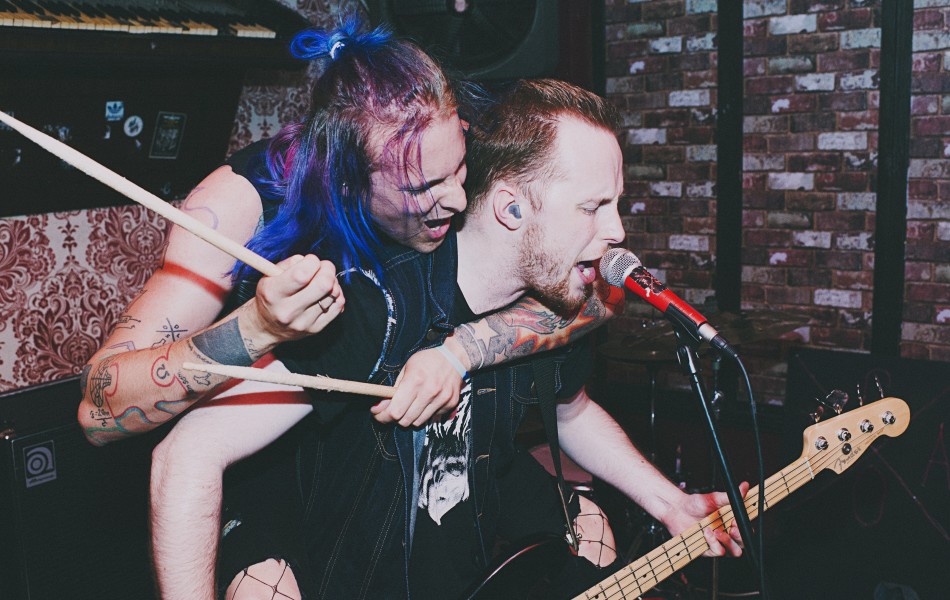 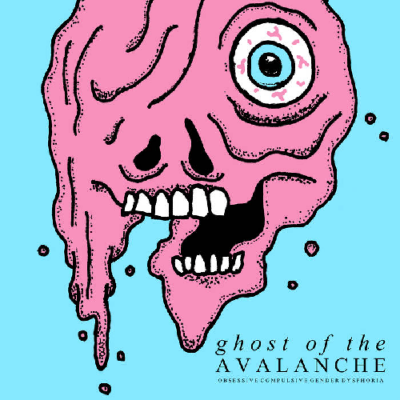 I am not sure if it is just me who finds this, but some of the noisiest and most relevant bands I have had the pleasure of hearing in recent years happen to be the smallest in number. There is a current motherlode of fantastic shouty, screamy, distorted two-piece bands doing the rounds, many of whom are bass and drum outfits that make the likes of Royal Blood sound like safe, preening chart popinjays. These bands tend to have something to say, something they want to get of their chests and they want to make sure you pay attention.

At the vanguard of this movement are Somerset punk outfit Ghost of the Avalanche, a snarling, spitting maelstrom of a duo who really push the sonic boundaries of a bass, stripped down drum set and 2 voices. They have taken this seemingly limited template and produced something that is ear bleeding noisy and in your face, but at the same time has an astonishingly melodic pop sensibility running right through the middle of it, a heart of gold within a rotting zombie corpse.

This, their latest EP, is titled Obsessive Compulsive Gender Dysphoria in a nod to the bands shared battles with anxiety and depression, and drummer Mel Per-Hour’s recent and touching transition to being gender-fluid. Musically, each track has its own identity and sound, a collection of five single-worthy tracks that are the proverbial all killer. The pair have stripped themselves emotionally bare on this record to make a positive out of the negative aspects of their lives and their personal battles. Their loss and struggles have been to our benefit as listeners as the end result is a stunning slab of modern, socially aware and stirring noise-punk that is the perfect example of how all the best music comes from troubled times and minds (when did you ever hear a decent song written by someone who had led a magazine cover perfect life?).

If you are a fan of punch-the-air, aggressive music this is for you. If you like music that stirs the soul as much as the body, then this is also for you. This is a record to make you feel, make you think and make you move. Put this up alongside Idles debut album Brutalism as one of the most important records to come out of the west this year.