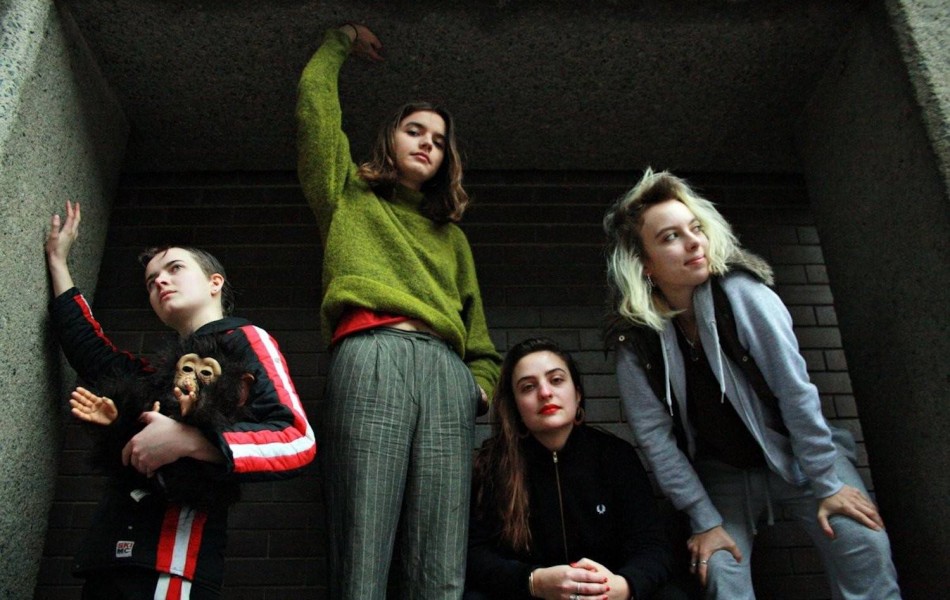 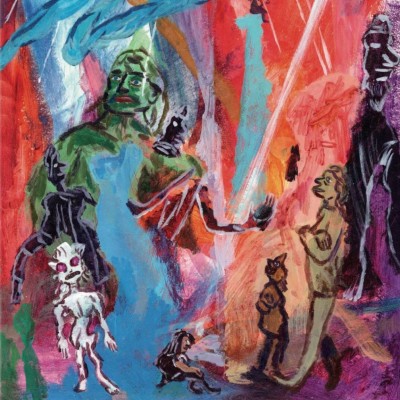 In the past few years, South London has spawned a resurgence of post-punk and garage rock bands, with the likes of Fat White Family, Shame and HMLTD bringing the scene to (inter)national attention. Four-piece Goat Girl are the latest of these groups caught up in the music-media hype machine, but this self-titled debut album doesn’t always impress in its attempts at repugnant lo-fi dirge.

One of the key components working in the album’s favour is the brief running times of its songs (19 tracks in 40 minutes), which compile various moods and stylistic shifts in quick succession to great effect (think The Pixies or Guided by Voices, but with more b-movie cinematic dread).

Opener ‘Salty Sounds’ is a gloomy piano-led interlude that would likely please fans of King Krule, while ‘Burn The Stake’ is a different beast altogether; crushing heaviness and soft vocals playing off each other in welcome disharmony.

‘Creep’ features a tastefully eerie violin accompaniment to its macabre lyrics “Creep on the train, I really want to smash your head in”, while ‘Viper Fish’ boasts a simple, repetitive drum beat and layered vocal harmonies that ominously build to a lively riff, with it’s country-rock guitar sounding like the house band of a particularly seedy dive bar – “Don’t shed a tear, we all feel shame” repeats enough times to drive the feeling of moral ambiguity home.

This willingness to experiment bodes well for the group, but not all the songs here feel as focussed. The bizarre ‘A Swamp Dog’s Tale’ is an interlude featuring half-rapped spoken word poetry in a stereotypical cockney accent that feels more like an inside joke than a necessary addition this early on in the album’s run time, while ‘Cracker Drool’ more-or-less completely steals the bass riff of The Coral’s ‘Dreaming of You’; but again, its Fat White Family-aping guitar twang is too much of a benchmark of the South London sound to stand out from the crowd. (See also: ‘Slowly Reclines’).

What does separate Goat Girl from the rest, however, is Lottie Pendlebury’s astonishing voice. Forceful, calm, seductive, haunting… The versatility shown by the young singer transcends the limitations of the (deliberately?) simple compositions.

Album highlight ‘The Man’ finds Goat Girl playing to their strengths, taking on a more effortless cool as the group strum sexy yet dark rock n roll riffs, with lines like “bite my lips and taste my hips” keeping things hot under the collar. The song also boasts an ingenious video – a gender role-reversal on ‘A Hard Day’s Night’ in which our four female protagonists are chased down the streets of London by a rabble of shrieking men.

Goat Girl are a band who show great promise, especially in the strengths of their lead singer and their willingness to get weird, but Goat Girl is nevertheless an album with perhaps too much invested in the trends currently dominating their hometown, lacking identity as a result.

Goat Girl is out now via Rough Trade Records.