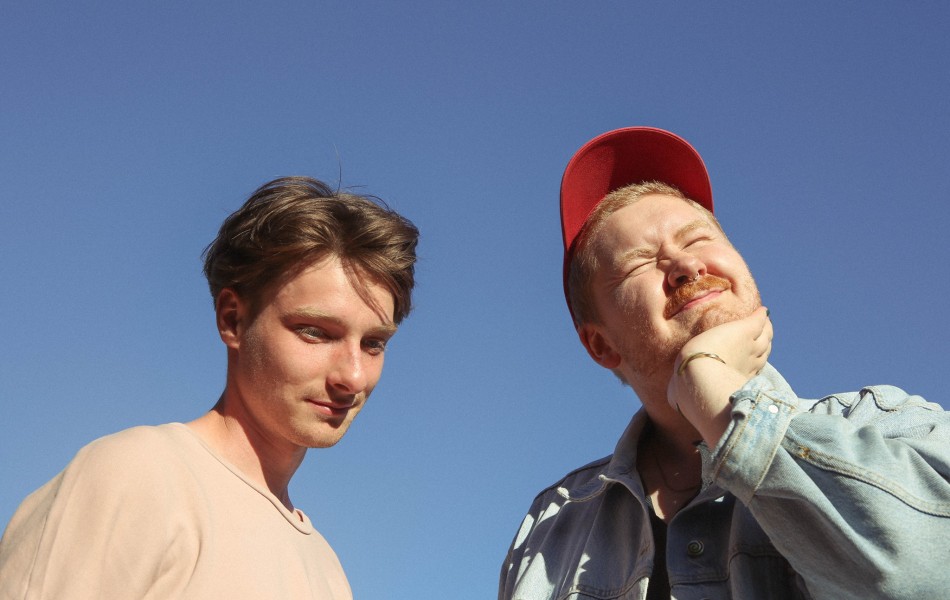 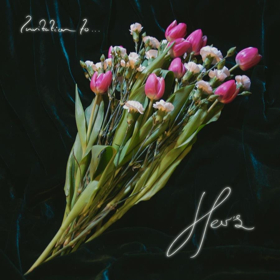 After taking a trip through a technicolour asteroid belt and orbiting a planet drenched in 80’s grooves; the 11-track-jangle-pop odyssey that is Her’s debut album has finally landed. Invitation to Her’s is a follow-up from the duo’s EP which was released last year, and this time round Audun Laading and Stephen Fitzpatrick have graced us with more dreamy pop tunes and calypso stained riffs. Invitation to Her’s is an album which deals with love, bittersweet companionship, and the tale of a biker – trust us, the latter is an absolute banger.

The first few seconds on the opening track could be mistaken for a street musician in Southern Europe, the idyllic sound of an accordian can be heard in the distance, the romantic setting is interrupted with a killer bass line and poppy chords. ‘Harvey’ is a hurdy-gurdy affair with Her’s trademark buoyant beat; a strong opening strack which sets the scene for the next act of shimmering songs.

Next tune ‘Mannie’s Smile’ feels like something straight out of a 80’s TV sitcom – a funky bassline and a feelgood riff that’s coated in spangled goodness. Stand out track ‘If You Know What’s Right’ is a calypso-pop dream, coming out of the gates with a poppy riff and story-like lyricism – ‘how come you’ve hit that final chapter’ / ‘and I’m all for happy ever after’.

Along with playful hits, Her’s also know how to deliver a woozy, crooning odes. ‘Carry The Doubt’, ‘Breathing Easy’ and ‘Blue Lips’ all have a warped-jangle feel to them; imagine if the Beach Boys wrote a lullaby and then The Cure did a mean cover of it.

‘Low Beam’ is the biker song in question, the second single to be released from the album and I’ve had it on repeat ever since. It’s a strong contender for the best hook in a song ever (check out 1:21, you’ll thank me later). A carousel of reverb to start, followed by some slick chord progressions and a bass line that will make your fillings ache. Stephen’s versatile vocal range truly shines on ‘Low Beam’, from a low growl to the high pitched hook he can go from Nick Cave to Barry Gibb.

Each song on the album flows thematically in the traditional sound of Her’s, not one feels out of place, instead each song feeling like a seperate chapter to the same book. ‘Don’t Think It Over’ and ‘She Needs Him’ both have a funky get-up-and-go vibe, the latter having a mystical instrumental outro which would fit perfectly on a Cream album. Closing the album (or the final chapter if you will) is ‘Under Wraps’, sadly not a song about tortillas. A swaying-twang riff and sleepy bass line embellished with twinkle-like sound effects; we’re in a total trance and under their spell. An echoed outro reciting the lyrics as if it were a national anthem, we’re left lingering for part II of this quest.

Invitation to Her’s is a carousel of tropical tunes embedded with shining riffs – a mature and mystical debut from the duo.

Invitation to Her’s is out on 24th August via Heist or Hit Records.