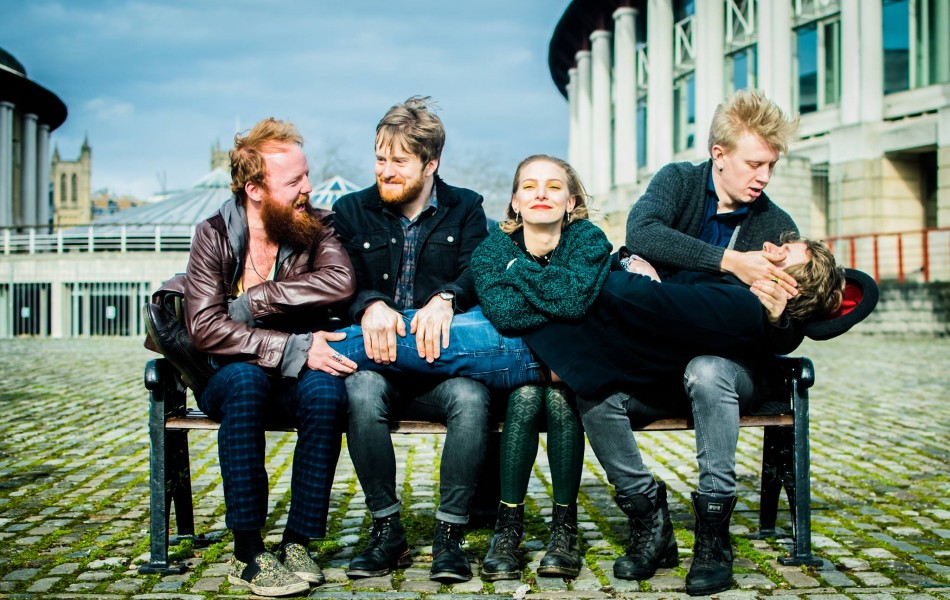 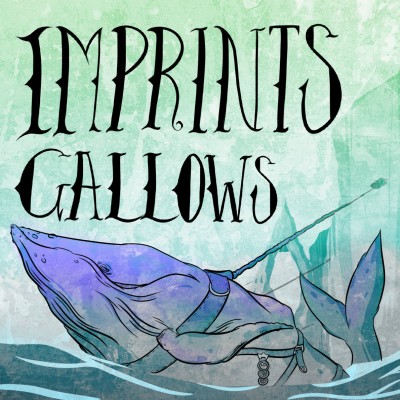 Every time I’ve seen Imprints live, I’m asked about the kind of music they play. I usually say it’s basically…pirate music. People quiz me on just how varied that can be? Well with this band it seems to be ever more varied and imaginative with each step. From mutinies, Ravens and rum to star gazing, ship steering and space pirates (Pirates in space); and with this release it’s the ‘Gallows’.

Starting uncommonly with Annie taking the lead vocal, her feather light textured yet powerful voice has a streak of mournfulness as she begins to spin the tale. She is shortly joined by lead singer Andy at his hyperbolic gypsy folk yelping best as the fiddle injects a degree of melodic mania with it’s jaunty and infectious refrain.

The song rattles along with unrelenting energy and pace busying itself into a frenzy. There’s a scattering of millipede bass lines adding to what is already a gust of jittering layers that would be guaranteed to get any crowd moving their feet. It is a credit to the bands’ repertoire and goes to show once again how they can cram so much activity into a track without blowing its fuses. The crowning moment however has to be the breakdown into a male only chorus which couldn’t sound more like a bunch of sailors lined up along the port side with choral dedication.

This is their first release to feature a video. In it the band seemingly use a bath as portal to various locations. Departing the bathroom they find themselves at the beach and in a forest with some very impressive looking animal onesies before finishing in some highly appropriate gypsy folk garb. The tongue in cheek dramatics which accompany the apparent trans-dimensional journeys add as much colour as the outfits.

‘Gallows’ is available to purchase now via their band’s website.