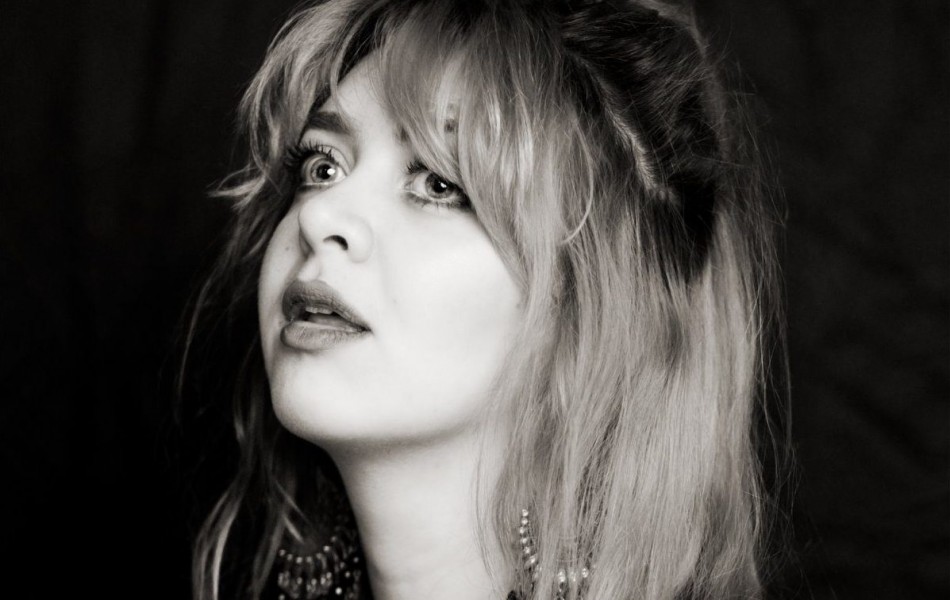 Kate Stapley’s long-awaited EP is finally here and I couldn’t be more excited to give it a listen. The Springbreak frontwoman has been doing a string of glittering live solo performances (along with SLONK’s Joe Sherrin) and gained a hefty following on the way. Her debut EP is a tender and touching masterpiece with goosebump-inducing tunes and poignant lyricism.

The six-track EP Centella begins with ‘Iceland’, the first single to be released from the record. The jangly acoustic intro leaves me lingering, with Kate’s silvery voice shining throughout the track. Her soft backing vocals combined with the spine-tingling slide guitar is totally ethereal and most definitely gave me shivers. Iceland demonstrated Kate’s eye for songwriting, her pure and empirical lyrics such as ‘you showed me photos of snow peaked mountain tops / well I’ve just crawled out of my creased bed sheets’. Her voice reminiscent of Rachel Goswell and Carole King respectively, a beautiful blend of ambient folk and dream pop. The swirling slide guitar and the trumpet parts echoing in the foreground, fusing a hefty sound to compliment Kate’s delicate vocals. ‘Iceland’ is an electrifying tune which sets the tone perfectly for the next few tracks to come.

Kate’s observational storytelling lyrics truly shine once again in ‘Potted History of Mum’. A stunning ode which features lingering bass lines reverberating backing vocals; this song is textured with Kate’s luminous guitar playing and eloquent deliverance of lyrics. The tune will touch your heartstrings for sure. Then comes ‘Irises’, a song that sounds like it’s straight from a Strawbs album with its folksy blues intro and glimmers of violin. This silky number has catchy lyrics and glints of 1970’s bluegrass folk, ending with a churning reverb outro that then follows on to the next track ‘Interlude’.

A tantalizing tune which had me gripped from the start ‘uncle Jack could draw with both hands’ Kate softly sings, her storytelling style leaves me clinging on for more. Layers of echoed backing vocals and slurring guitar strokes, ‘Interlude’ is the shortest track on the EP, however, it certainly packs a punch with a hefty amount of reverb, violin and a dose of folk. Followed by ‘These Planets’, a moving tune with interstellar imagery only intensified by Kate’s graceful delivery. Another great example of her folksy songs incorporating a full band lineup, building up the atmosphere and finishing with a subtle ending.

The final track ‘Stabilisers’ is a happy ditty which tells the story of when Kate’s dad taught her how to ride a bike. Cemented with traditional folk roots however it features jangly riffs and faintly echoed backing vocals which makes for an overall dreamy finale.

Kate Stapley’s EP Centella is out on 25th February along with a sold-out show at The Milk Thistle. Stream the EP above ahead of the release on Sunday.