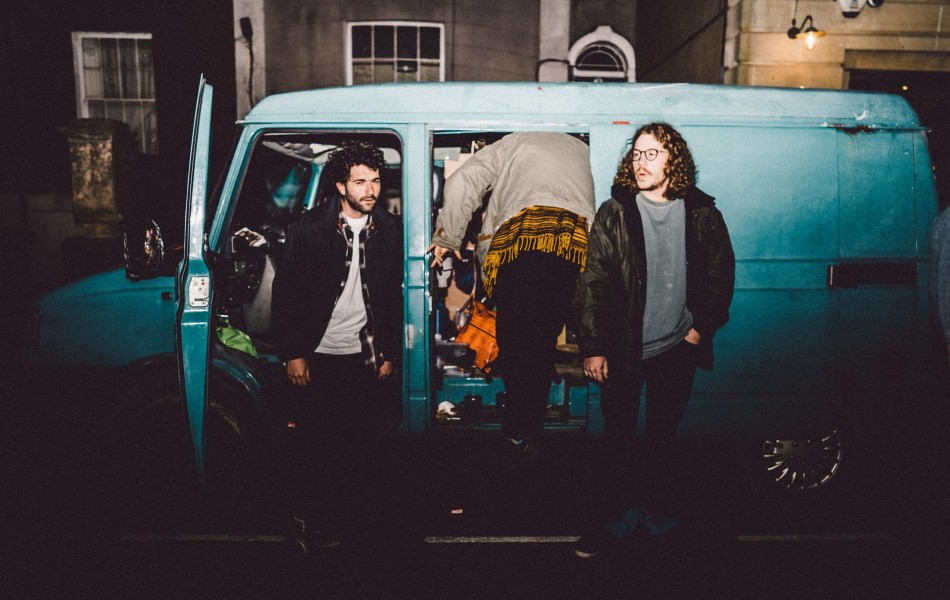 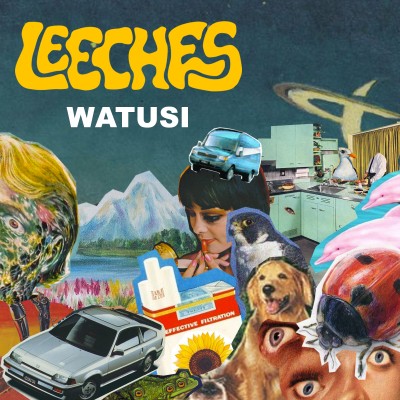 In recent years, the British music press have rather unfairly declared guitar music (rock, indie etc.) to be dead, as there is a notable lack of new bands signing to major labels, headlining festivals and receiving heavy rotation on Radio 1. However, this could not be further from the truth, as the lack of exposure has forced the genre underground, and without the pressure of having to appeal to the widest possible audience, a new generation of DIY groups have emerged and fully embraced their weirdest tendencies.

Coming only ten months after their debut EP, Strange Bonds, LEECHES team-up once again with Bristol-based Leisure Records and producer Alfie Tyson-Brown. On Watusi, the band return with four fully-formed micro-odysseys, full of bizarre atonal riffs and surreal lyrics. Despite the scattershot recording process (drums were recorded in The Louisiana pub, other parts in Tyson-Brown’s flat), the overall sound is crisper, clearer and heavier than before.

Much like Strange Bonds and recent cut ‘Bob Ross’, it’s clear the band are enjoying themselves on Watusi, with riffs, solos and extended drum fills often treading the line between self-indulgent and tongue-in-cheek. Opener ‘All My Fun’ concludes with a last-minute sludge riff that wouldn’t sound out of place in Ty Segall’s fuzz side-project, and is completed with calls of what sounds like “Somebody euthanise me!”

Duel-vocalists Ben Lowe and Jack Pearce trade off whiny/eerie vocal croons that get under the skin and linger in the mind for days. Another outstanding contribution to the EP is Frank Waloszek’s flawless drumming, elevating the group from noisy slacker pop to thunderous stoner rock within a couple of fills.

A new band worth getting excited about, LEECHES are slowly building up an undeniably strong catalogue of tunes and forging a unique identity for themselves. After all, sometimes all you need is one great riff.

Watusi EP is out now via Leisure Records.