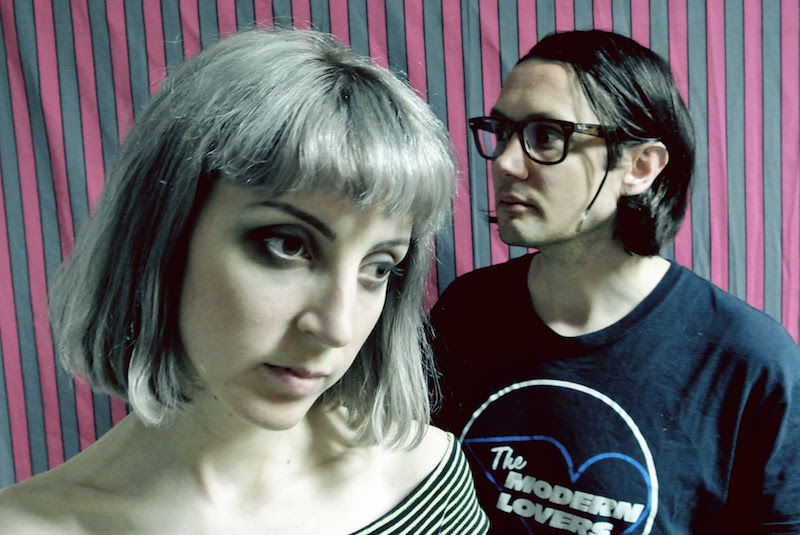 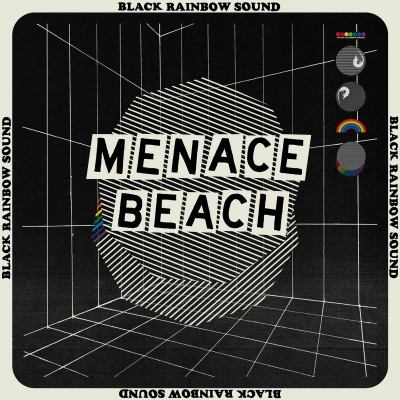 With the release of their debut, Ratworld, in 2016, Menace Beach – consisting of full-time members Liza Violet and Ryan Needham – made a name for themselves in the Leeds DIY scene, brushing shoulders with peers Hookworms, Pulled Apart by Horses and Sky Larkin. However, the group have yet to scaled the same heights as some of their contemporaries. With Black Rainbow Sound, can the band aim for bigger things?

In a word, no, but only because it’s evident the group don’t want to make a bid for the mainstream. Making the most of their shapeshifting line-up, the duo double down on Krautrock influences, analogue drum machines and an array of modular synthesisers to create an album that could soundtrack an 80s children’s horror tv show.

The b-movie spookiness of ‘Satellite’ recalls Sam Coomes’ organ-centric Bugger Me album, while ‘Crawl In Love’ sounds like a recent Pond song as captured by a scuzzy eight-track tape recorder. Half-way through, the band work in a more straightforward angle with Mutator, a song that seems to tie the band’s previous work and their new sound together seamlessly.

One of the only major setbacks facing Menace Beach is that they still don’t quite know their way around a hook, compared to, say, The Wytches – an even more abrasive band who still produce an array of memorable moments on every release – so don’t go expecting too many tunes on Black Rainbow Sound to get stuck in your head.

That said, the use of atmospheric noise and repetition in the riffs makes for an immersive, cosmic experience. ‘On Tongue’, the band sound closer to techno than surf rock, with ‘Hypnotiser Keeps the Ball Rolling’ melding together like a weird hybrid of Simian Mobile Disco and The Cramps. It’s immediately apparent that these new sounds compliment the group well, and inject some new life into the arguably two-dimensional sound of previous records.

Black Rainbow Sound isn’t quite the same watershed moment realised by Hookworms earlier this year in Microshift, but for a band who have always sounded comfortable in their own self-aware, DIY approach, Menace Beach have added welcome new flavours to their spice rack.

Black Rainbow Sound is out on 24th August via Memphis Industries.