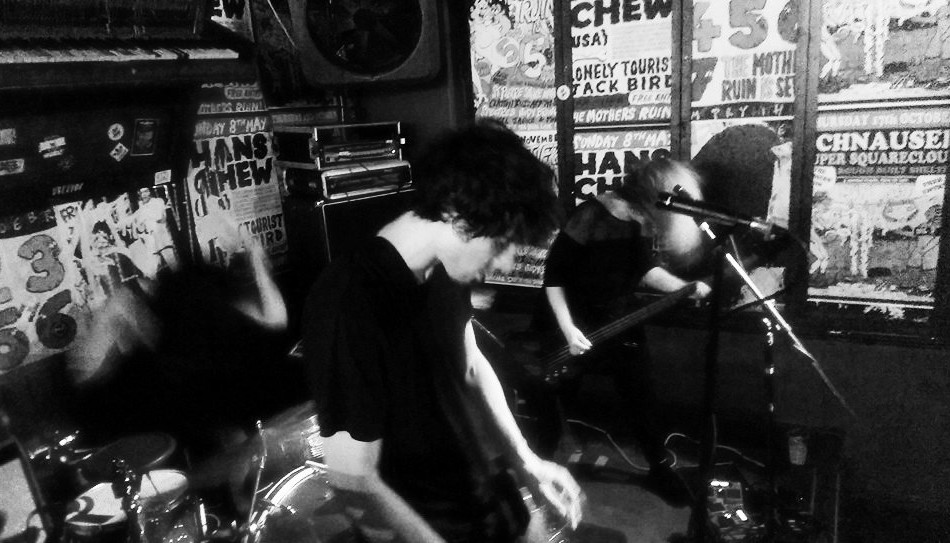 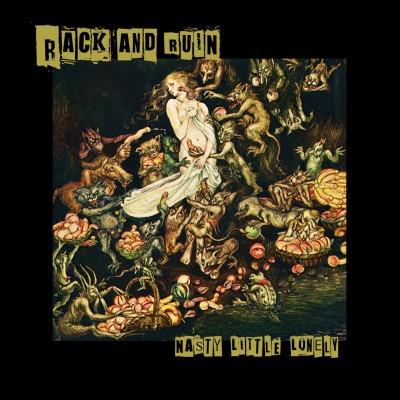 Post-punk and industrial heaviness loom large over Rack and Ruin, the long-awaited debut from Nasty Little Lonely, a three-piece noise outfit from Bristol. The band describe themselves as “the soundtrack to your darkest dreams, of post apocalyptic decadence, discarded trappings of consumerism gone awry, alienation and small furry creatures with very sharp teeth.”

Opener ‘Pound of Flesh’ kicks things off to a punishing start. Industrial noise makes way for a hefty drum beat, with vocalist Charlie B recalling Alison Mosshart of The Dead Weather at her most possessed. The lo-fi recording adds to the murky tone of the song, opening a rift to Nasty Little Lonely’s dark, relentless world. However, though the band’s sound is intentionally confrontational, Charlie B’s vocal shrieks can at times be somewhat grating.

The dissonance continues through the spindly riffs of ‘Say What You Want’ and ‘Lizard Brain’, the latter revealing a gothic horror influence in the vein of Rob Zombie. The menacing ‘Snake Oil’ mixes things up by opting for a quiet, spookier opening; while the digital silence breaks of ‘Machinery’ create an staggeringly heavy presence.

Fans of Shellac, Lydia Lunch or Swans will find plenty to enjoy here, but beyond the realms of noise-punk and industrial there is little accessibility for a wider audience – not that Nasty Little Lonely’s sonic dirge implies that they worry about being a mainstream success. A visceral live show has kept the band’s reputation elevated thus far, but this component is only hinted at on Rack and Ruin, most noticeably in the sludgy solo section of ‘Lick By Lick’. Rack and Ruin boasts a broad knowledge of the aforementioned genres, but does little to further them in the long run.

Rack and Ruin is out on 22nd April and available to pre-order over on bandcamp.