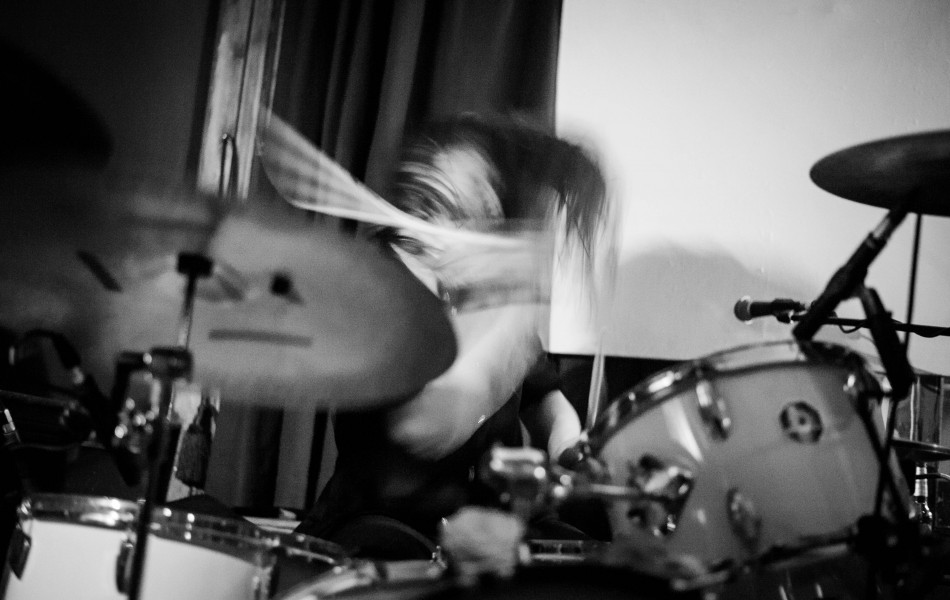 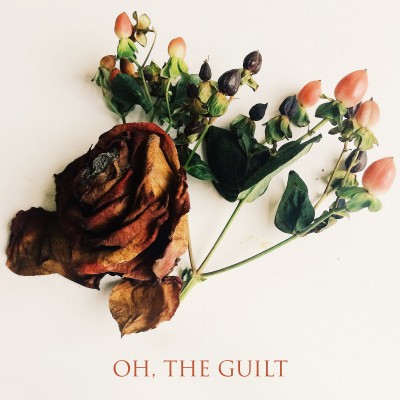 Despite being classed as post-punk, Bristol three-piece Oh, The Guilt successfully avoid the loosely defined genre’s clunkier aspects. Post-punk as a term is something of a misnomer for much of the music described as such. It is often employed to describe certain artistic sensibilities, even though they may not deemed as avant-garde as their tradition breaking origins. Instead of the blind experimentalism and scratchy lo-fi aesthetics synonymous with early post-punk, Oh, The Guilt’s approach wields a more atmospheric sound, that incorporates the melodic sheen of shoegaze with heavier post-rock textures.

The four songs captured on Oh, The Guilt’s self-titled debut EP were recorded towards the end of 2015 – the same year that the band formed, with ‘Wired Jaws’ having recently received airtime on BBC Introducing. The song has a distinct New York art-rock feel, due in part to its coldly distant reverb effect and the faint echoes of Sonic Youth’s ‘Wish Fulfilment’ in the vocal delivery. The track contains just as much reflective space as it does sound, with the music deadening halfway through before a vicious attack of noise punctures through. This outburst is a genuinely startling moment which – unlike the dynamics in Mogwai’s ‘King Herod’ to give an example – leaves little room for anticipation.

Amy Martin’s overdriven vocals and Chris Nicholls’ gothic verses on ‘Watch Yrself’, ratchet up the tension further. The track is a hauntingly bleak piece of music; its aggressive guitar climax dissipates the song’s growing dread. ‘Watch Yrself’, much like EP opener ‘A Gesture of Moral Support’ highlights the striking loud/quiet dynamics that Oh, The Guilt possess in their live performances; songs that develop from minimalist melodies into intense waves of distortion.

The violent recurring riff of closing track ‘White Car’ is propelled by the turbulent cymbal crashes of Hannah Layhe’s industrious drumming. Although the vocals here are more monotonic compared to Kurt Cobain’s caterwauling, this is Nirvana’s brand of punk-rock, low-note riffs that border on the chaotic. The song’s accompanying video released last year, captures the sinister nature depicted in the lyrics – “parked there every night like a mobile motel / your lovers don’t return calls and they’ll never tell / in your white car.”

Oh, The Guilt have a keen design aesthetic which threads through much of their visual output, but  their music sounds far from stylistic – it contains grit and emotion. The EP’s production gives a sense of the space in which the songs were recorded – a rejection of common sheen for something more genuine and it’s those raw glimpses within the compositions that appeal here. As a coherent band Oh, The Guilt clearly have chemistry, their ability to write songs of this quality so shortly after their formation is reason enough to pay attention.

Oh, The Guilt’s self-titled EP is available to pre-order over at Bandcamp and will be released on 19th March.