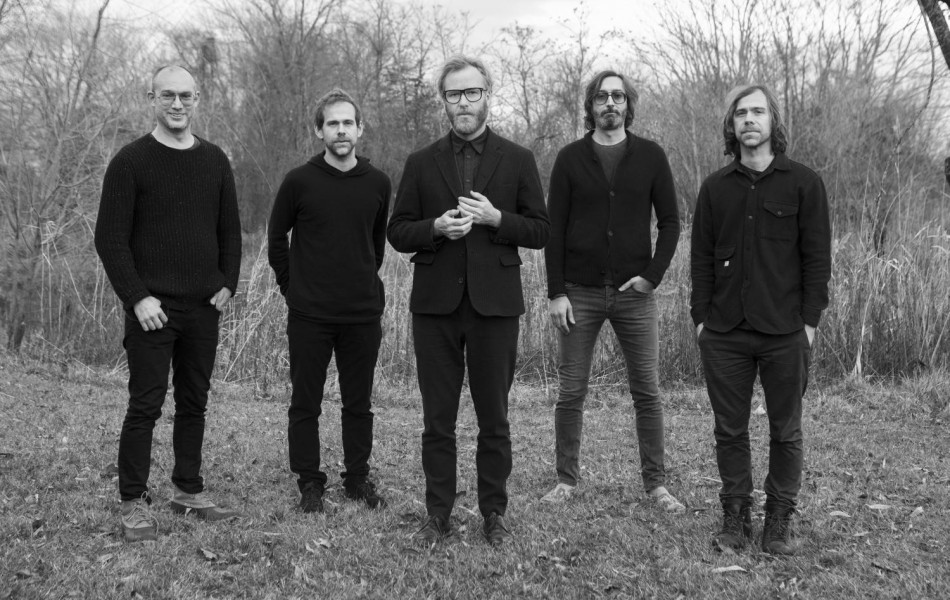 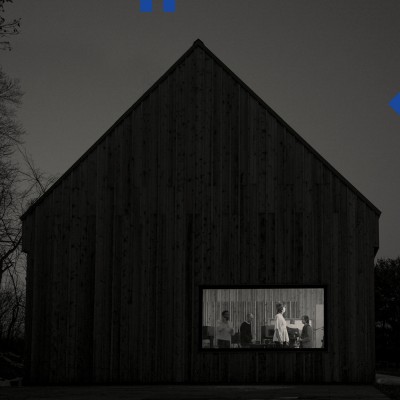 For some of you (myself included) it has felt like a long four years since The National last graced us with an album. As with all of their releases Trouble Will Find Me kept giving and giving, while not as immediate High Violet, the global mark making predecessor, still there were times when you almost feared there would not be another The National long player.

The National released their 7th studio album Sleep Well Beast and I have been lucky enough to live with the release for the last few days. It’s an album that feels like a wonderful embrace, where days can still be filled with colour and sunshine, but you start to wrap up, curl up together a little more. Opener ‘Nobody Else will be There’ gently rolls in on almost latter day Portishead beat, before a rich piano floods the sound ahead of Beringer’s hushed, unhurried vocals. It feels like stretching out after a hibernation, rubbing the sleep from your eyes. It is an elegant, elegiac entrance, and those four years vanish in a heartbeat.

‘Day I Die’ is the brightest and most immediate song on Sleep Well Beast. Edge-esque flashes chime across your cortex propelled upon an addictive drum tattoo. Then as always with The National there is a perfect sense of grace, where peers such as The Killers or U2 would bluster into some coca-cola chorus, we are kept waiting, building on Marr like lines, which flick around meanwhile the drums becoming more and more insistent. Berginer delivers one of his masterful lines mid way of ‘let’s just get high enough to see your problems’ as the song soars around him. ‘Day I Die’ is an easy and early highlight, then as always the band want you to work for their rewards.

Stepping down on lysergic electronica ‘Walk It Back’ stumbles into view. It’s full of naked candor from Beringer while the electronics swirl and twinkle around one of Dessener’s crystal clear refrains. Soulless vocal samples mentioning reality and ‘history’s actors’ step out briefly before we are taken back into the warmth. ‘Walk it Back’ is a kaleidoscope that has a new facet every time you return.

The lead single ‘The System only Dreams in Total Darkness’ is weakened slightly by its sense of familiarity, perhaps here the closest to a ‘stereotypical’ song of theirs. By no means poor, it has a somewhat toothless bite. That said the guitar line is vicious and cutting and scythes the song out of the ordinary. Follower ‘Born to Beg’ has a hymnal quality. The band’s home of New York is mentioned again, as the song pours you a drink and makes you realise it is a love song wrapped in a dark blanket.

‘Guilty Party’ was where the excitement really peaked and made the long wait for the album near unbearable. It may not be as fresh on the ears as the others here, but it is no less beatific. All restrained and torn introduction, filled with a sense of regret and wasted time. It takes you by the hand, pulls you close, you feel the tear on your cheek. A lament of encroaching age and not learning from mistakes. ‘Guilty Party’ doesn’t fall into the power chord trap and rewards us for it’s lack of bombast and it’s simplicity.

And so we wind down. Exhale. Finish the drink and think about home. ‘Carin at the Liquor Store’ is a bar room waltz, dancing around a mirror ball guitar and effortless piano. Now we are walking the quiet streets, our companions the odd fox and street cleaner. ‘Dark side of the Gym’ adds sound to those thoughts of love and what could of been. It has a loose ’80’s feel,
like a outtake from the Breakfast Club or Less Than Zero. Then it all takes a Sigor Ros via Aphex Twin twist with a stuttering fanfare of stirring strings.

To the end with title track ‘Sleep Well Beast’. It is the coming of the dawn, watching the world awaken again, rich hues, start to rise with more earthly electronica and exquisite flashes of guitar all under pinned by a beat, a rhythm so perfect it feels like a heartbeat. Berniger is barely audible, yet somehow each word has a crystalline clarity as ‘Sleep Well Beast’ ebbs and flows around the sky.

I have only spent one week with Sleep Well Beast and it is already a breathtaking piece. Each listen gives and rewards, you find new corners and riches on every spin. We can only hope that it’s not another four years before they gift us again. But then if it’s this good, maybe we could wait.

Sleep Well Beast is out now via 4AD.