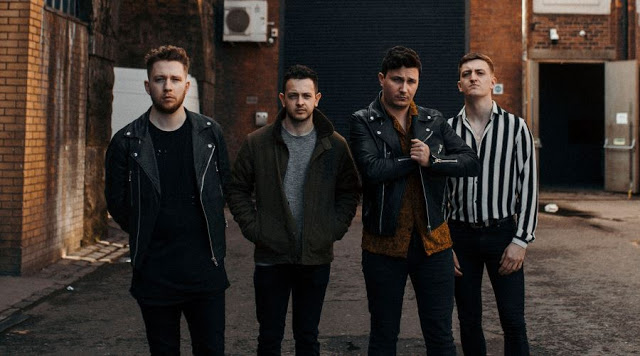 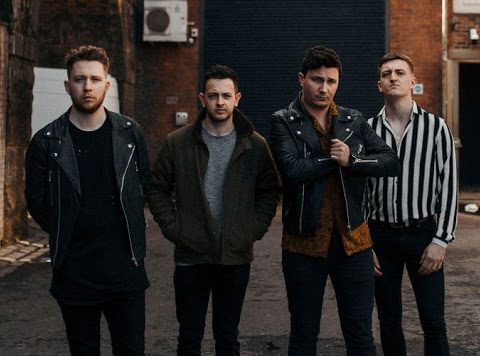 #27 Festival #At The Door Knocking #Exchange #Only Shadows #preview

Just under 24 hours until 27 Festival kicks off and we can’t wait! We’ve got one last preview to get you hyped before the big day tomorrow. Check out Only Shadows who headline the main stage at the Exchange and have just their cracking new single ‘At The Door Knocking’.

We’ve all been making music since we started playing in school, as a collective unit we have been a band for about 4 nearly 5 years now. I think it took us a while to start writing on a consistent basis, but we got there eventually!

Our sound is so varied, and that’s on purpose. We don’t like it when every song sounds the same and even though the core is still the same (guitar driven, nick’s vocal) we will still try our hardest to mix it up. We have heavier tracks, poppier tracks and some low key ones on the album especially.

If we had to describe it overall though – it would be energetic and epic indie rock. There are influences like The Killers, Queens of the Stone Age, Manchester Orchestra and Editors. Somewhere in and around those bands if they had a love child.

You’re playing at 27 Festival this month at the Stag and Hounds. What are you looking forward to the most?

We love playing live, if you don’t you probably shouldn’t be in a band! Bristol has always been good for us we have done some amazing shows there. One particular show at SWX Nick had totally lost his voice before we played and with 10 minutes to go Riley was learning all the words and was going to sing the whole show! Nick somehow pulled it out of the bag and it was a good show in the end.

We would hope they like it!! But if they don’t … that’s cool.

Lastly, what’s in the pipeline for Only Shadows over the coming months?

2019 is shaping up to be a big one. We have our album due out this year, we have just sorted how it is going to be released and have signed a deal for it which is great. It’s going to be quite a big one 15 maybe 16 tracks.

We have our headline tour between now and summer as well as a support tour which is yet to be announced. Then after the album comes out we will hopefully be taking it out on the road and playing the whole thing in full every night – that’s the goal!