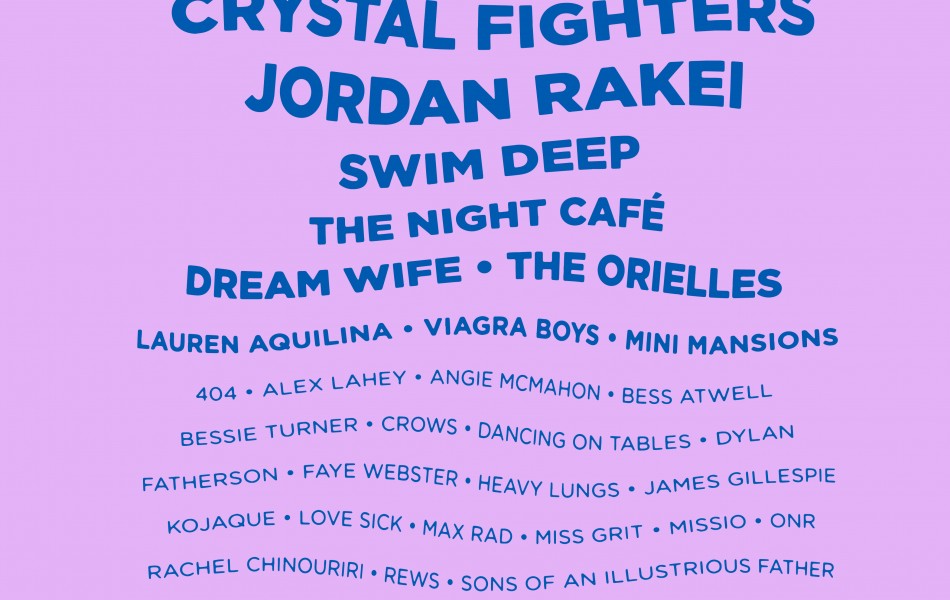 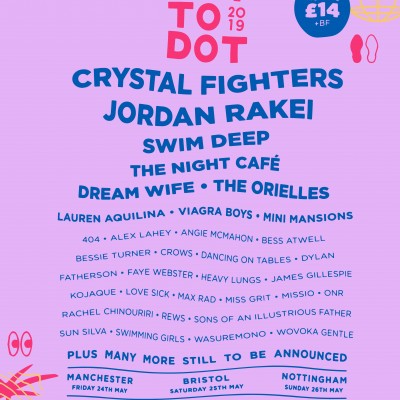 One of the city’s most exciting festivals has just announced their first wave of acts, Dot to Dot happens every year throughout the cities of Bristol, Manchester and Nottingham. A day packed with exhilarating acts, every year I look forward to making my own timetable of artists that I’d like to see along with the quickest route between venues.

This year is no exception, headliners Crystal Fighters, Jordan Rakei and Swim Deep will be performing along with an extensive list of other artists such as Swim Deep, The Night Cafe, Dream Wife, The Orielles, Swimming Girls and Heavy Lungs to name a few.

Keep your eyes peeled for the next wave of acts your next fave band, after all, Metronomy were the headliners in 2006 and have now reached monumental success. Now’s your chance to see the next big thing, tickets are availible from here, starting at £14! Bargain!