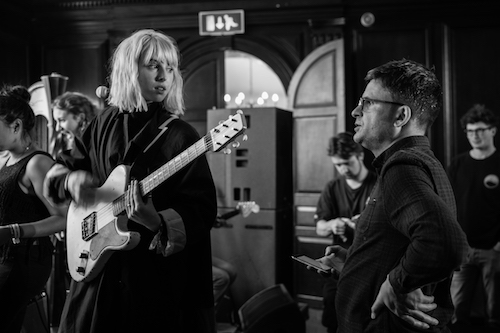 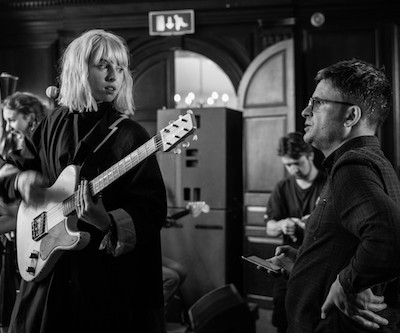 When she’s not busy touring America with Lucy Dacus or tweeting hilarious musings, Fenne Lily is busy stockpiling new renditions of her tunes. She’s recently announced a new live EP which will be released on the 24th May featuring songs from her debut album, all performed live at Festival No.6.

Arranged by the festival’s composer in residence Joe Duddell, it features six songs from On Hold all performed with her touring band alongside the No. 6 Ensemble to produce lush versions of her tunes. Fenne was handpicked from the festival’s line-up to release this special EP.

Live At Festival No.6 breathes a new lease of life into her work, the addition of the epic orchestra elevates her raspy and emotionally charged songs. Speaking on the collaboration, Joe Duddell explains:

“When I first heard Fenne’s haunting songs and delicate, fragile voice I knew I wanted to collaborate with her. Some artists bare their soul but not all feel comfortable handing over their work to be reimagined for classical ensemble. There was a lot of love and emotion in the room,”

Two tracks from Live At Festival No. 6  have already been released into the wild, look out for the full release which is out late next week!