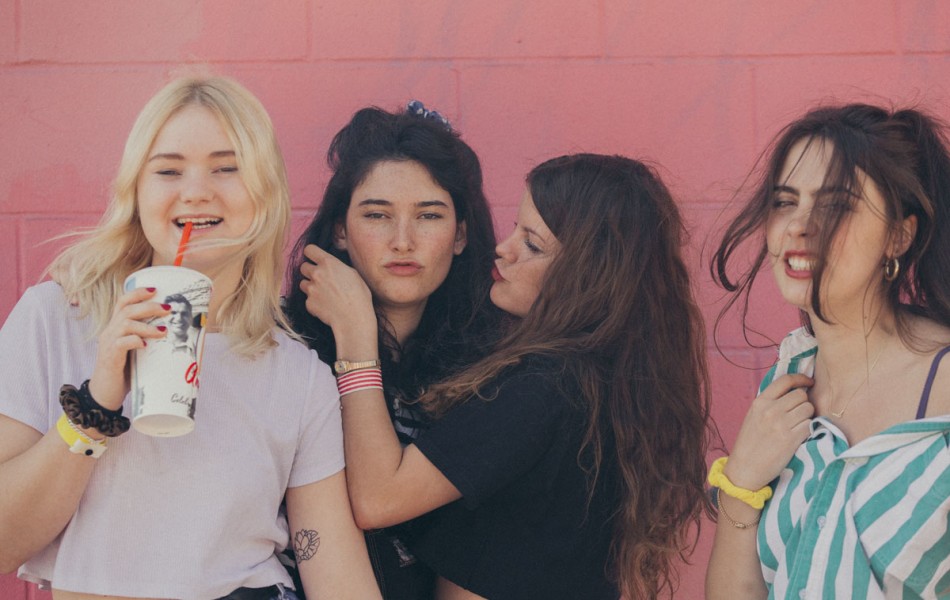 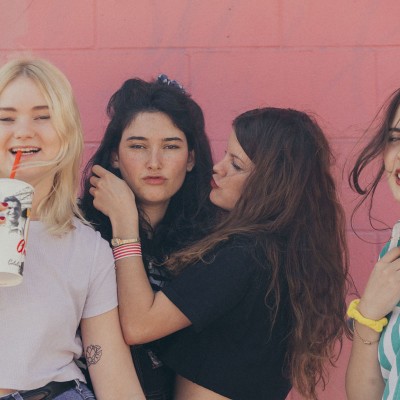 Indie four-piece Hinds have a shared a new video for single ‘Warts’, taking from their acclaimed debut album Leave Me Alone.

Directed by Pedro Martin-Calero and shot in Barcelona’s mosaic puzzle style Walden7 building, the video sees the girls keeping a close eye on their friend who’s approached by an unflattering admirer.

Speaking about the video concept and lyrics, Hinds, said, “have you ever seen a couple that shouldn’t be a couple? Have you ever seen your friend’s girlfriend’s warts before he does? In love like in war it ain’t no rules. And she knows. She knows it well… She is gonna beat him bad, but he only hears parabarabaraba.”

The band have also announced UK tour dates later this year which you can check out below. They’ll be returning to Bristol on 1st December at Trinity Centre.

Catch up with our review of Leave Me Alone here.