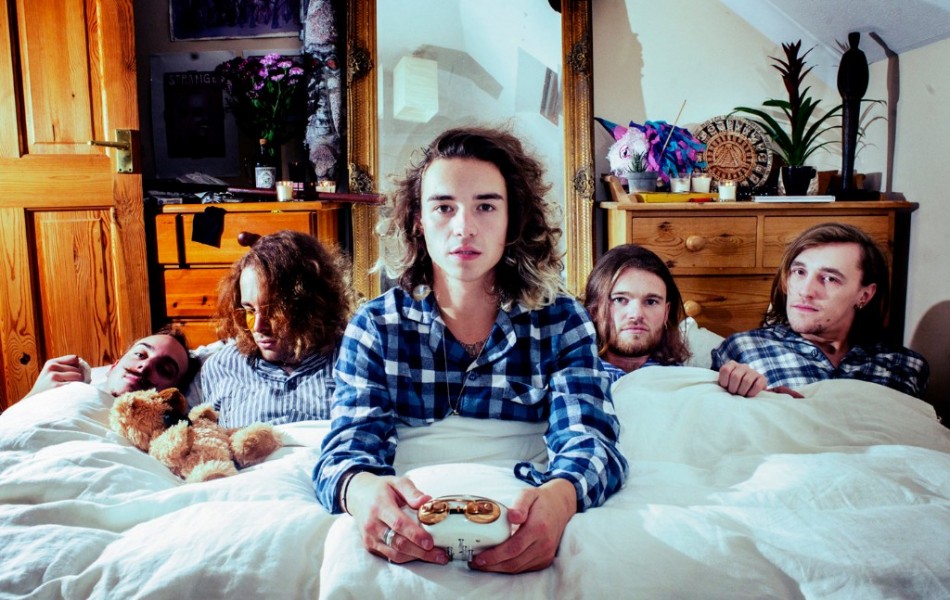 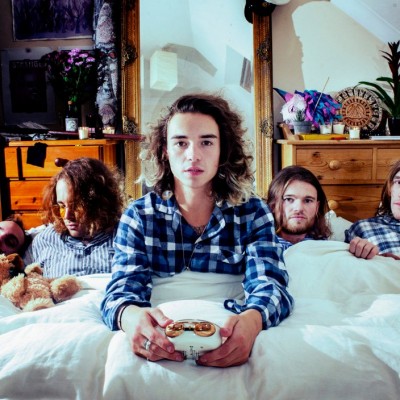 Happy New Year! Welcome to our brand new website and name Tap The Feed! It feels so good to be back, and what better way to kick things off than our ‘Ones to Watch 2017’ where we will share with you 10 artist who we think are going to have a smashing year, and also to introduce you to some incredible artists from Bristol and a far who you may not have listen to, seen live or heard of before.

First up is a band we recently caught on the tail end of 2016, Bristol based five piece Sleeptalking. These guys mean business with their unique and mind-blowing rhythmes, lyrics that sting at you and vocals that soar to the heavens. The group are set to release their debut single ‘All Hope Is Lost’ this month, a track that perfectly sums up the rollercoaster events of last year, and alongside a video that simply looks awesome.

Next up on our list are brother and sister duo Ardyn. Now based in London, the alt-folk duo caught many attention last year with their spellbinding pop melodies both live and on record. Their two EPs Universe and The Valley beautifully showcase their sound and lyricism, driven by Katy Pearson’s lead vocals that are delicate as they are powerful.

The duo are now accompanied by a full live band and with more music on the horizon, there’s no doubt Ardyn will turn many more heads in 2017.

We’re pretty sure we’ve featured these guys in our watchlist last year, but we’re going to add them again for 2017, and for one reason and word only Brutalism. The title of Bristol post punk five piece Idles long-awaited debut album coming out this March.

These guys need no introduction, having done numerous shows in their hometown and across the country, showcasing their sound that’s equally menacing as it is beautiful. Idles are in your ears whether live, on record or radio. Quite simply it’s their time to shine!

This band are on many people’s watch lists this year, and here is no different. Trio Rakel Mjöll, Alice Go and Bella Podpadec create a unique style of pop punk in the form of Dream Wife. Music that’s fiery, empowering and artistic. The London based three piece are known for their vibrant creativity and high intensity shows, gripping people with their rocky riffs, glittering guitars and infectious pop hooks. 2016 was one of triumph with things set to be even bigger over the next 12 months. They headline The Crofters Rights on the 19th January, a show you don’t want to miss!

We’re at the halfway mark, and no.5 on our list is rising UK rapper Loyle Carner. Carner’s growth over the past few months has cemented himself as one of the scene’s most talented artist, delivering dexterous hip hop flows and deeply honest stories as he opens up about the world around him. With debut album Yesterday’s Gone imminent, and a full UK tour on the horizon, Carner’s world is about to get a whole lot bigger. Catch him on the 12th February at Motion Bristol.

That feeling when listening to an artist for the very first time can be special and this particular band here have done just that when we were first introduced to them last year. Oxfordshire based folk duo Wednesday’s Wolves with their haunting melodies and beautifully textured words offer something different. Their sound is hard to pin down to just one genre, as it constantly moves and adapts in several ways, further driven by singer-songwriters Chrissy Renker and Ysabelle Durant’s closely knitted harmonies. With the release of their debut EP III and several shows under their belt, Wednesday’s Wolves could blossom into something remarkable in 2017.

Over to the States for our next artist and someone who left a solid introduction following their tour with Mitski and The Japanese Breakfast last summer. San Francisco singer-songwriter Jay Som’s swooning indie jams and sonic sensibility are profoundly unpredictable as her songs weave through different genres and melodies. This makes for an intriguing listen, and also showcases an artist who’s both brave and inventive as their work continues to grow.

2016’s summer single release ‘Rush’ via Fat Possum Records was a belter, whilst debut full-length Turn Into via Polyvinyl Record Company opened up to newer audiences. With further plans in 2017, we could be in for a treat or two over the next few months.

When it comes to Bristol singer-songwriter Fenne Lily, it’s the simplicity, composure, and honesty that makes her music so striking. Heartfelt words and carefully plucked guitar strings stop time around you as personal tales begin to unfold. Fenne Lily has also been likened to artists such as Laura Marling and Lucy Rose, to whom she supported on stage last month at Bristol Central Library.

We speak for many when we say that Bristol has fallen in love with her music, and there’s no doubt that everyone else across the country and pond will fall in love as well. An exciting year awaits for the singer-songwriter.

Grungy guitars, sharp vocals and a lot of wit, all packaged into a contagious punk-infused sound. We’re talking about 22 year old Liverpool native Zuzu. Last year saw her release her debut single ‘Get Off’ whilst also supporting Courtney Barnett on tour. With more music due later this year, there’s no doubt her riotous punk style will be popping up on everyone’s playlists, radio shows, live events and festivals all over the country.

Oliver Wilde’s long-awaited third album Post-Frenz Container Buzz is out next month via Howling Owl Records and we couldn’t be more excited! Last year’s summer EP Hold Star, An Infinite Abduction was a dream delight, catching a glimpse of his new sound. The forthcoming release will no doubt deliver more goods, as Wilde’s moves away from his traditional bedroom pop sequences and into newer grounds that’s both mysterious and refreshing. Along with his new live band set up, the transition will be just as beautiful and mind blowing as ever.