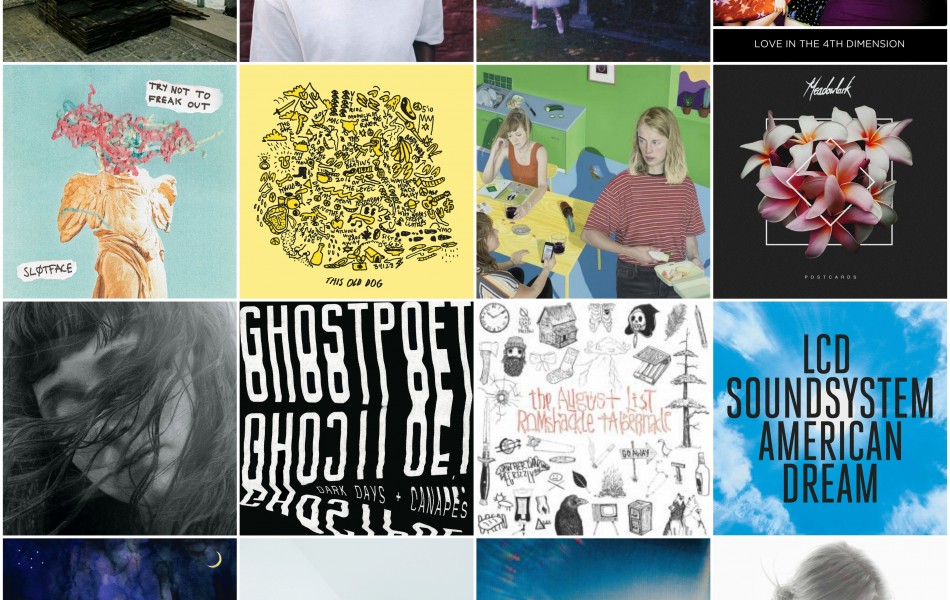 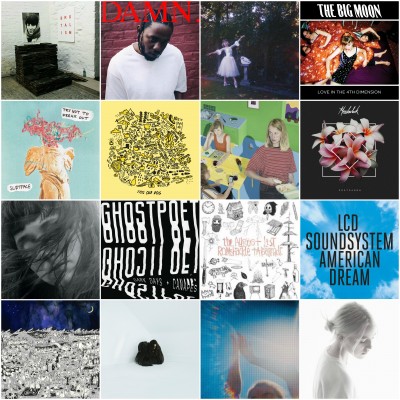 We’ve reached the final round-up feature – our Albums of the Year! As we’ve mentioned many times now, it’s been a year full of great music with some stunning, impactful and just darn brilliant albums to have graced our ears. So in true AOTY fashion, the team have come together and collated 20 of our favourites albums of 2017.

A product of these times of inequality, division and unrest, this already classic album is a searing punk rock indictment of life in Britain. Brutalism is a furious situation report on the state of the nation, pin sharp discourse with discord and political and social commentary to make your ears bleed. (Ed Dyer)

The current hip hop king Kendrick Lamar has outdone himself once more with the long-awaiting fourth album DAMN. From his hard-hitting rhymes and self-reflection to views on today’s social/political movements and encrypted lyrics (listen to the tracks in reverse order); quite simply the greatest rapper of his generation. (Mustafa Mirreh)

Wolf Alice topped their fantastic debut album My Love Is Cool with vibrant follow-up Visions Of A Life. Keeping together their acclaimed traits while exploring new avenues, the album takes fans on a journey of sound-heaven, thrived by the eclectic range of genres on display; from spiralling grunge to edgy punk and dream pop – with singer-guitarist Ellie Rowsell at centre point. Dominant from the four-piece and arguable “Britian’s best band”. (Mustafa Mirreh)

Gamely resuscitating the corpse of indie guitar music, The Big Moon may have throwback tendencies, but their debut is a shot in the arm of ramshackle, chaotic fuzzed up indie pop. It’s glorious riffing on Sleeper and Elastica makes it feel like Brit pop never died. (Ed Dyer)

This debut from the Norwegian four-piece rocks; keeping its honesty all round while piercing the masses with razor riffs, relatable lyrics and vocal outcries that hit you to the core. The group overcome the odds to make music that’s both their own and relevant today. (Mustafa Mirreh)

In his third album, Mac Demarco sings honestly about his absent father and relationship with loving girlfriend, making it his most personal and focussed album yet. His unique, half-asleep sound carries effortlessly throughout This Old Dog with wonky riffs and crooning vocals keeping it light and goofy. (Lucy Pearce)

A change of musical direction, achieved with spectacular results. An incredibly diverse range of sounds on this wonderful album, supported by thoughtful, sometimes challenging videos and a stream of sensational live performances. An amazing year for Marika Hackman. (Geoffrey Head).

The perfect collision of precise beats, sweeping keyboards, earworm hooks, glorious melodies and haunting vocals make this my album of the year. Initially drawn in by the fascinating back story of the beautiful title track, you quickly discover the depth and artistry of Meadowlark that builds throughout the album. And they can do it live as well…(Geoffrey Head).

9. Waxahatchee – Out In The Storm

Do you know the feeling when you’re sat by the fire and this talented old friend just grabs a guitar and cranks her fuzz pedal? Do you feel like you need a playlist to get over your ex and finding you inner self? Waxahatchee has the magic potion with this Out In The Storm, a fierce, brave album that heals all wounds and makes you want to feel alive again. Brilliant. (Laure Noverraz)

This is not for the faint of heart, or for those happy to live in a rose-tinted world of peace and harmony. Instead it is a call for unity and tolerance, Trip hop dressed as protest art. This is music as a statement, with enough subtlety and intelligence to avoid accusations of tub-thumping activism. (Ed Dyer)

A second chunk of rough-hewn Americana from deepest Oxfordshire to follow up their sensational debut Oh Hinterland. A fuller sound, but all the same elements are there – the fabulous rhythms, the jagged harmonies, the rasping harmonica, the memorable hooks. This duo seriously rock. (Geoffrey Head)

There was always going to be scepticism following an album announcement five years after that most well-documented of break-ups, but James Murphy once again delivered the hits; “Tonite” and “Call the Police” are as arresting and memorable as anything the band have recorded to date. (Stan Bull)

For his third album, Josh Tillman has stripped back the romanticism in favour of a cynical, reflective outlook on the modern world, with further refinement of his already witty, pull-quote lyricism. Honest, insightful, bombastic and essential. (Stan Bull)

Chelsea Wolfe’s finest work to date, as we all naively thought debut LP Abyss was the darkest she could ever go. Foolish of us to believe, and she proves it with Hiss Spun. It grabs you by the throat like a mad dog and drags you to the depth of hell like a beautiful cerberus would. A masterpiece we’ve been waited for, without knowing if this day would ever come. (Laure Noverraz)

While their critical reputation may not match that of Tame Impala, Pond have always been the more fun group. Producer Kevin Parker uses his post-Currents knowledge of synths to forge an album of 80’s pop bangers that fits neatly into Pond’s already bonkers back catalogue. (Stan Bull)

Big Thief in my opinion released the most moving album of 2017 with sophomore LP Capacity. A stunning collection of Adrianne Lenker’s poetic stories which lead with such rawness, power and honest; music that’s soul-bearing and with love that’s undeniably human. (Mustafa Mirreh)

The New York duo captured many hearts with their impactful collection of songs which touch on relationships, life and more; all in an authentic and impassioned way. A solid debut from start to finish. (Mustafa Mirreh)

A slight shift in sound but never taking away the magical spark which they achieved on their debut; Toronto indie pop group Alvvays thoroughly shine with their most accomplished songs to date on follow-up Antisocialites. (Mustafa Mirreh)

Following a series of impressive single releases, Bristol based artist Stevie Parker presented her debut album The Cure to much acclaim. Unveiling the truth in a heartbreaking manner, Parker is both personal and creative in her full-length debut, casting a light on her distinctive songwriting that’s intriguing throughout. (Mustafa Mirreh)