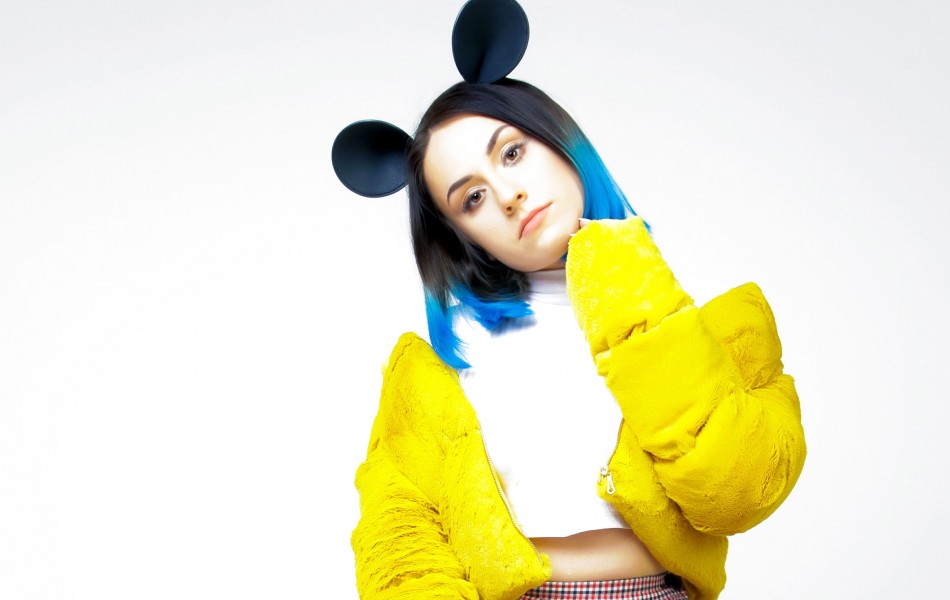 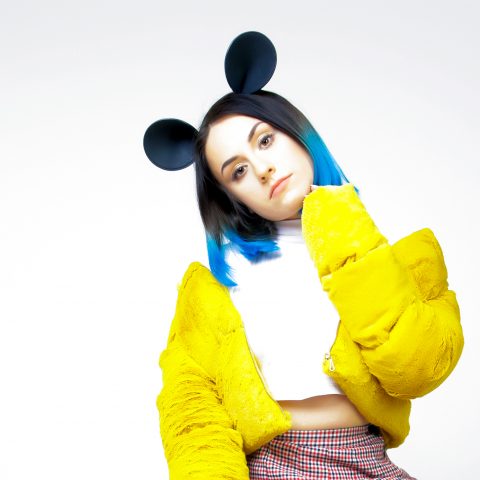 2019 has officially arrived, which also means the discovery of new music! Bristol pop artist Mouse is one on many people’s radar at the moment, following her explosive introduction last year with debut single ‘3 Weeks’ and big plans for 2019 – including the release of new single ‘Escape’ this Friday.

Ahead of all the excitement, we caught up with the rising star to discuss musical development, her time supporting Dua Lipa and why 2019 is the year for her music.

Mouse is a project that’s been developing overtime behind the scenes. Could you tell us a bit about the build up and why it’s the right time for people to get to know your music?

Mouse: Holding back on everything felt really right to me for a number of reasons. I always knew being a solo artist was what I wanted, but initially found the idea of launching a career really daunting. My influences are so eclectic that I felt it was important for me to understand exactly who I was before I showed it to the world.

Furthermore, I have struggled with poor mental health for most of my life and I simply didn’t feel capable of doing anything that put me at the forefront. I wanted to allow myself to grow and develop ‘behind the scenes’ to ensure that I was representing myself the way I wanted to, and the way I’d want to for years to come. I know I will never stop growing, but now I feel ready to share my growth.

You’re infectious pop sound is an instant hit and certainly brings out a lot of personality. What sort of themes and influences inspire your work?

M: I’m so glad you feel that way, thank you! I write about any and every situation in my life; even if it’s just one line, I’ll write it down knowing I may stumble across it later and feel it still resonates with me.

You also combine your production skills, genre tastes and sharp storytelling into your music. How have these helped in shaping your current sound?

M: I started writing songs at the age of eight, so it’s always been how I’ve expressed myself. FYI, I’ve kept the notebook I used back then in pristine condition, just in case my career bombs and I need some quick cash a la Paul Cattermole from S Club 7 with his infamous Brit Award…

As for genre tastes, the singers who inspired me to experiment with my voice were all in the metal/rock scene (Daniel Tompkins from TesseracT is my singing teacher). I don’t think people appreciate how challenging toplines in heavy music are to sing! Although most of my vocal influences are male, Romily Alice of Japanese Voyeurs (RIP), Frances Quilan of Hop Along and Taylor Momsen of The Pretty Reckless were hugely important to my understanding of my voice and its capabilities. I guess you’ll maybe see that side of me in the future!

I’m really grateful to have grown up listening to the music I did and was fortunate enough to play a lot of instruments too as a child. I was regularly playing classical and jazz music in various school bands which broadened my horizons and really helped me understand music production and how to ‘build’ a track from the ground up.

You’ve played a number of shows in the build up to now, including supporting Dua Lipa. What was it like to open for her?

M: It was great! It was the week ‘Be The One’ was released and although the track had a huge buzz, she was still relatively unknown in the UK. We played Start The Bus (now Hy-Brasil) and there were more people at the beginning of our show than hers! Genuinely speaking, as I ate my post-soundcheck dinner a few metres away from her, I knew she was going to be a big deal as soon as I heard her check levels with ‘Thinkin’ Bout You’.

Something I’ve heard her say a number of times since is ‘you need to work really hard for a little bit of a luck’. I think she’s absolutely spot on and that motto applies to any walk of life. It’s clearly worked for her!

2018 was certainly the catalyst for your music with debut single ‘3 Weeks’ receiving praise across the board. What’s been your thoughts on the feedback so far?

M: Hand on heart, I didn’t think anyone would care. Not saying that for attention or even sympathy, I truly was doing it for myself and the feeling of achievement that releasing a single would bring. I’ve been genuinely floored by the lovely things people have said about my song and the weird character I’ve created for myself. It’s so reassuring to know that people are listening, even though I don’t have a “team” and I’m taking my first steps into a career.

Let’s talk about your upcoming single ‘Escape’ which is set to kick off the New Year in style! Could you tells a bit about the new release?

M: Yes! This song was so fun to create. I’ve actually been performing the song, although in a different form, for a while now; it was in my setlist when supporting Dua Lipa. I produced this updated version with my extremely talented friend Joel France.

All the vocals were recorded in his bedroom too, no expensive studios here! I think people generally assume pop is either non-existent or your top of the charts. I want to bridge the gap (aiming to top the charts, obviously) and show that making great sounding pop music isn’t as unattainable as it seems.

The song itself is pretty in-your-face. I wanted to kick off 2019 with something really strong and unapologetic. It was written about the desire to make someone you’ve just met feel as good as they look…if you know what I mean! It terms of the production, it’s a lot more ‘pop’ this time. I hope people love it as much as I do!

It’s been an exciting period for Bristol music over the last 12 months with several bands making their mark in the music industry. Do you see this trend continuing over the course of 2019?

M: I truly believe that Bristol will always be at the forefront of creative ambition. We’re so fortunate to have such a rich and diverse palette right on our doorstep of various art forms. It’s such a nurturing place to be as a creative and everyone’s so friendly and respectful of each other’s art.

I really don’t want to miss anyone out by naming bands I love (because there are genuinely so many!) but Swimming Girls, Two Day Coma and Emily Isherwood (I hear her backing vocalist is brilliant…) should be on everyone’s radar. Similarly, artists like Mercy’s Cartel and Kate Stapley are going to be making big moves this year as well.

Lastly, with the New Year in full swing, are there any further developments in the coming months we should keep an eye out for?

M: I’ve got some collaborations coming out with some producers who I really admire, so you can expect to hear a different side to me with those. Of course, there will be a lot more music from me and perhaps even a show or two sooner than you think. Definitely keep up with me if you’re ready for the journey!