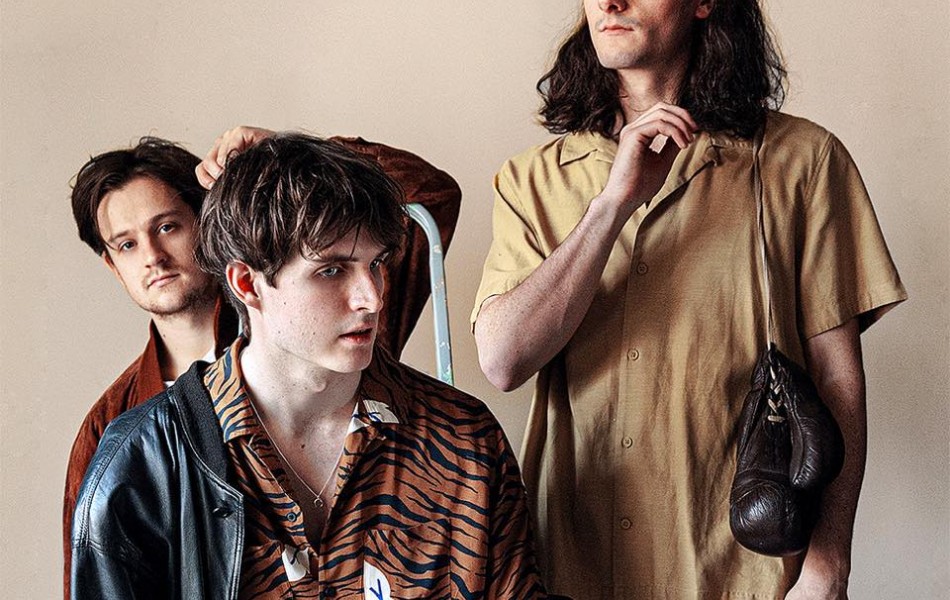 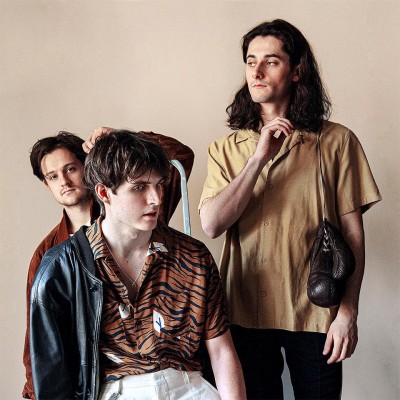 Need something to boost spirits and inject some summer vibes into the bleak atmosphere of spring 2020? Tap The Feed have just the thing. Indie trio, Cassia are back with sun-soaked, new single Do Right. We virtually caught up with lead singer and guitarist, Rob Ellis, to chat about new music and the band’s recent move to Berlin.

‘Do Right’ came out last Friday. It’s an upbeat ditty, guaranteed to have fans feet tapping. Hows the response been?

Rob Ellis: Well it’s probably the best release we’ve put out so far. The fans seem to really love it!

The video is vibrant, stylistic and all round a bit weird, which we love! How did the concept come about?

R: After long nights of brainstorming and drinking beers with the Director, Artur Althen from Bardamu Film, we finally came up with the idea. We thought it would be funny if it looked like we hadn’t done anything since Replica‘s release in 2019; showing the band chilling and living in luxury. We also wanted it to represent a sort of ignorance towards the outside world to reflect the songs meaning. Then someone came up with the idea of us drinking juice that makes us all creative and productive again. We really wanted it to look a bit weird but cool.

Your name is a creative choice too. Cassia is the spice made from the bark of a tree in East Asia. How does the name relate to you all as a band?

Amazing! Sticking to the topic of nature, ‘Do Right’ seems to carry an environmental message, what is the intent of the message and story behind the song?

R: It was written after I had a conversation with a friend in South Africa about politics and environmental issues. It was enlightening for me at the time because I wasn’t aware of the details of these happenings. The song carries a simple message; to find the want to know more and to find the want to act within your means- to do right.

A message we should all be taking note from, especially in today’s climate. You’ve recently spent some time in the wonderful Cape Town, shaping your sound. Can you tell us a little more about that experience?

R: It was just me who went and experienced the place. Visiting the Cape gave me a whole new perspective and definitely helped shape the sound of ‘Do Right’.

Cassia have been a solid presence in the UK Indie scene since 2016. Since then you’ve been smashing out tours and recently won Best Live Act at the AIM Awards. What’s been your favourite moment to date?

R: I can’t speak for the guys, but if I had to pinpoint one moment it would be playing the Radio 1 stage at Reading Festival. That was definitely the most memorable moment!

Following this recent UK success, we’ve heard that you have recently moved to Berlin. What’s the reason for the move?

R: We were offered an affordable place for us all to live, and our management is located here so the move just made logical sense.

We’ve heard you’re working on new material in your very own studio “Casa de Cassia” which is very exciting! How is that developing your music, are there any drawbacks or is it all advantages?

R: It’s all amazing to be honest as we have 24-hour access to record there, so there’s really no stopping us once we start recording.

So, there’s confirmed new material on the horizon, is there anything else for fans to look forward to?

R: I think it’ll be hard to organise a tour for this year just because of these strange times.

Well, we are keeping a sunny attitude and using your new single as the soundtrack. Thanks so much for chatting to us and all the best of luck in Berlin and with your new single!

Catch up with all things Cassia by following their socials and make sure you check out quirky, new single ‘Do Right’, out now.