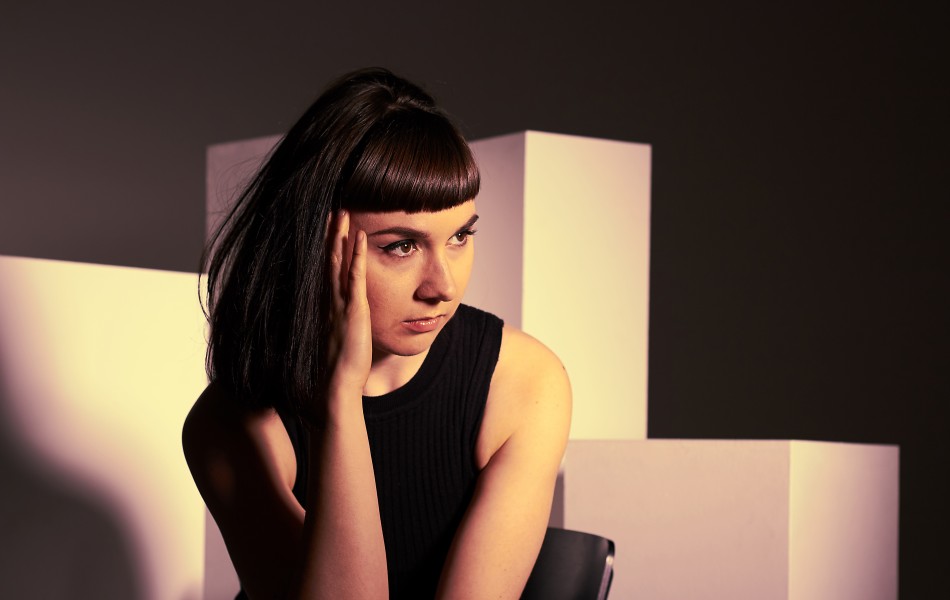 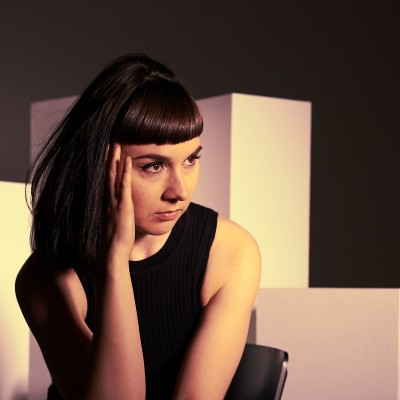 We caught alt-pop creator Natalie McCool for an in depth chat after her show at The Crofters Rights on Tuesday (21st March).

Riding on the success of her second album The Great Unknown, released in November last year, she has just wrapped up her tour of indie pop performances, effortlessly immersing audiences in her catchy tunes of heartbreak. With her single ‘Cardiac Arrest’ playlisted on BBC Radio 1 and reviews from Q Magazine, Clash and The Sunday Times, we discuss the distinct dark themes in her music, her unique attitude to love and even some unusual song writing techniques.

So you’ve been on tour for the last few months. Having come from Liverpool, how do you find your music translates to each city, even as far as Japan?

Each date has been really cool and quite vibey, the crowd have been like ‘wheeeeeey!’ Japan was very strange but very…amazing, the crowds are subservient and very polite. If you tell them to get up and clap, they do! We went down quite well over there. I guess because a female lead playing guitar, they don’t really see that much of it, to be honest.

With regards to the UK I think there are aspects of the live set that appeal to certain places, for example, there were people talking to me with a few comments like “I really like some of the guitar lines” but in other cities it can be the songwriting. So it says a lot about the scene in different places. I mean Bristol is so fucking cool, it reminds me of Berlin.

How did your producer Dave Berger come on board?

He saw me playing live at a festival and he was doing sound, and he came up to me afterwards and it went from there, it was quite natural and gradual, we just fell in to…”Oh shit we’re doing an album, how did we get here?!” He is a really cool guy, he drums in a band called Outfit who are like German pop rock, like none of them are German but they sound like they are from Berlin! That kind of like really fucking modern cool pop rock. This is going to sound really weird but the album was recorded by me and Dave who produced it. We had one base player who came in and did some really amazing bass lines but we didn’t have anyone else. So the band is almost like a live session band.

Coming from an indie background, how did you transition into an electronic and poppy sound?

I always wonder about this myself, like is it too different from what I’ve done before? Like the first album is very indie and very rocky and quite gloomy, and a bit of folk as well, but this album is very bright, poppy and electronic. But everyone I’ve spoken to say “Look Nat, as long as it’s your voice and your songwriting it just sounds like it’s you.”

I’ve read you have an interest in ugliness, particularly with reference to PJ Harvey’s reflection on both light and dark times. I think sometimes there can be a glamorisation of these extremes, and I wonder whether you think there is room for art to portray the mundane.

I find that really interesting because I’ve always been a dramatic writer, I always dramatise things so much! I appreciate all kind of types of writing and as a songwriter, especially writing for other people, you find all these different ways of writing. ‘Skinny Love’ by Bon Iver, that is about the mundanity of a breakdown of a relationship, its actually quite underwhelming and I think that’s really fascinating. Some of my new songs, like ‘Take Me As Your Leader’, are a lot more subtle than what I normally do, but I‘ve really enjoyed doing that.

That seems to relate to your attitude towards love. You seem to balance the sugary pop with quite clinical and harsh lyrics like in ‘Cardiac Arrest’. Is that you wrangling with how you see love, or how others see love?

Yeah I always like the scientific aspect of love…

Like with the lyrics “champagne capillaries” which I love…

Yeah, I like seeing things in minute focus, as it makes you see things that you may want to keep under wraps, but it’s actually really good getting it all out.  I wrote a song called ‘When you Love Somebody’ on the album – scientists always say they know what love is and it pisses me off because I don’t think you do! You can say it’s this chemical reacting with this chemical but how does anyone know, how the fuck does anyone know what love is!?

Other songs like ‘Just Let Me Go’ show a haunting side to love. How do you see the jump from one to the other?

I think the rise and fall of relationships fascinate me in that way. You can be so high at one point and then you just fucking hitting the bottom, hitting the rocks. Yeah I’ve been through that. Everyone’s been through that, but it’s really interesting to explore all of it. Even in the middle where you’re just plodding along quite nicely, I think that’s interesting to explore as well, but yeah I tend to write about every chapter of a relationship.

What do you think drew you to that dark sound?

I think it’s from my influences. I listen to a lot of Jeff Buckley, PJ Harvey, Cocteau Twins and they all have quite dark aspects to what they do. With PJ Harvey it’s in her songwriting, she’s incredibly deep and Jeff Buckley his voice is… it can soar but also hit you like ‘aaah’.

You also have a thing for 90’s pop! And with lyrics like “I don’t wanna hear your pretend” that definitely sounds like a 90’s bitch slap!

But you have matched that spirit with a different sound. How have you taken it to be your own?

I grew up listening to it, TLC and Eternal, I suppose you associate this stuff with your childhood and then it comes out. That song is ‘Pins’ and there is a little “dum-dum-da” and I think it sounds like Kellis and I’m like ‘arrgg’ [in a good way]. André 3000 is another favourite as well and I think some of the guitar sounds are inspired by what he would do. But I think if it’s done, it’s unconsciously done.

Looking forward, you’ve explored love in this album. What would you like to write about next?

I’ve been thinking about this and I’ve been trying to get some ideas together. Cause the last album I actually wrote a couple of poems at first and I set myself a few exercises, like write something on an A4 piece of paper, like whatever you’ve dreamt about, whatever you’re thinking about and then you do that when you wake up and when you go to sleep and from that I’ve found interesting things in the text and wrote a few poems just using a few things that are picked out. I wrote this poem about insects and how they try and get under your skin, and then I thought “God, that’s just like my fucking ex!” and that inspired the song ‘Feel Good’ because there is a lot of insect imagery in that song and its quite disturbing.

The next album I might do the same and see what comes out of it. The stuff I’ve been writing is more mature, less drama, and yeah maybe more mundane.

I love that free writing idea and it reminds me of Salvador Dali’s method of trying to recreate the dreamlike state just before you go to sleep. He would balance a spoon in his hand, so just as he nodded off he would be woken by the spoon falling to the floor and immediately go to paint. I like the idea of catching lucid dreams which I guess is similar to what you are trying to access.

Wow, yeah some of the stuff “I’m like what the fuck?!” one time I looked and it was basically all about periods and I was just like “What the fuck?!” just some creepy stuff. It’s good to use though. It’s like, really interesting, I did a songwriting workshop last night with underprivileged kids from Liverpool and some of them were so good. I set them a songwriting challenge and I was like “write a chorus for me but not about fucking chicken nuggets or going to McDonalds or something shit. Try and make it creative, and see if you can hop from one thing to another to another.” And some of it was really good, I must say I was impressed. It just shows you the power of brainstorming and ideas, don’t just write the first thing that comes in to your head, explore it a little first.

So with this brainstorming method, how do you find taking that to the band? Because I imagine it can be difficult going from such an intimate experience to sharing your thoughts to the band in ‘broad daylight’. How do you maintain that freedom?

I do suffer from shyness, when I go in to the studio I’m like “Is this a bit too deep, are people going to get this or are they just going to think I’m weird”. But the band are really cool with it. I think when you’re doing session work you focus less intensely on lyrics and things like that and you just go for the music, and that’s the fun we have. When you’re in the studio you hear the song in all its layers, and it can be quite daunting to go in to the studio with something quite personal and have to hear it over and over again, with different people coming in and out and you can feel quite shy but… it doesn’t matter does it? You just have to do it, because it’s the truth! (It’s the truth man!)

The Great Unknown is out now via Fortress Sounds.