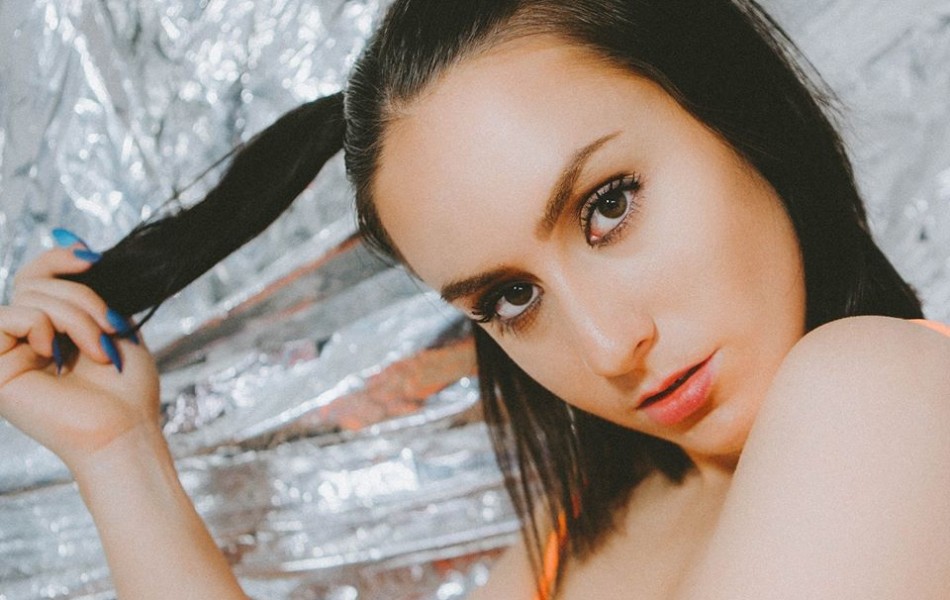 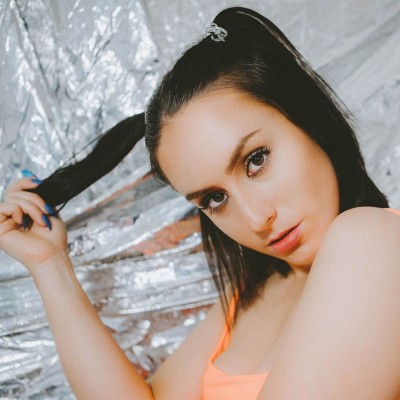 Rising Bristol act and Tap The Feed favourite Mouse has always given the impression that nothing will get in her way, and as the world finds itself in one of its bleakest moments in recent memory, she still seems as much of a pop powerhouse as ever. Given the current situation with lockdown affecting all gigs for the foreseeable future, the singer has joined many other acts in performing to fans via online streams. Most recently, she has participated in a widely viewed gig curated by fellow Bristol act Paper Dragon. Mouse sat down with us once again to discuss this and how she is adapting to the world of online gigs, staying productive during these complicated times and managing to still keep on track with writing and recording plans for the future.

Firstly, how is isolation going for you personally?

It’s been okay thank you. I’ve had a lot of life changes come as a consequence of lockdown, but I realise that’s not uncommon at all. I’ve got so much more time to write music which is such a welcome change. It’s been refreshing to be able to focus on that and to be able to put all of my energy into writing and looking after myself. There are good days and there are bad days, but that’s the same with everyone I guess.

You recently participated in a live stream curated by Bristol act Paper Dragon after your gig together was cancelled, how did this virtual rearrangement come into fruition?

The decision to do it was more in Paper Dragon’s hands than mine because for a while it was a little bit touch and go as to whether the show would happen. It took until a couple of weeks before the original date for them to contact me and say, “we’re still going ahead with this, do you want to do a stream?” which I was fine with. I didn’t really know of any of the technicalities of how to do that, so member Ruth worked things out. From there, I started to plan what a show could actually look like, and because my live show is very focused upon the ‘vibe’, not having people to bounce off was so awkward.

How did you go about adapting the live show for an online audience, essentially performing in front of a camera and not being able to gauge the audience reaction, compared to doing an ordinary live show?

To me, trying to be confident when you have nobody in front of you is actually a completely different kettle of fish to trying to be confident when there are loads of people in front of you. In a way, it was kind of easy because I could just pretend, and to me, that’s quite normal. My childhood was full of me singing into a hairbrush in my room, so I felt like I was going back into my inner child and saying that I should just pretend I’m in a music video!

You also got your dancers involved in the stream, what was it like preparing with them, whilst separate?

We’ve not practised together since January now. They did an incredible job of trying to remember everything, and I’m quite fortunate that they’re really talented. I think I gave them a week and then had to get them to film themselves in their gardens and send it over to me. They’re both really in sync in general – I didn’t even ask them to film in their gardens and they did anyway.

The show was watched by a worldwide audience, with some tuning in all the way from New Zealand, what particular comments and feedback have you had that you’re pleased with?

People have been saying how engaging it was, which is important to me. When I do a normal live show, I don’t want anyone looking anywhere else – I want all their attention to be on me. Because it wasn’t live, I didn’t need to pretend that it was going to be live and could lean into the fact that it was pre-recorded and edit it in a way to make sure people would stay engaged.

Did the live stream bring any new fans to the table?

Yeah, I got more new followers on social media after that, than I have done at a live show ever before. I think that’s because I’m used to playing venue of under 150 capacity, whereas the last time I checked, the stream had been watched 1,800 times, so over ten times as many people would have seen me.

Do you think more bands and artists are going to see this as a new way of doing things when we return to the ‘new normal’?

I don’t think it’ll ever replace live shows because you don’t get the same interaction. As a performer, you don’t get that same adrenaline rush so it isn’t quite as addictive as performing in real life is. I do think it’ll become an important part of the promotion of releases though and it’ll become just an additional part of what people already do. These are all skills we’re being forced to pick up or improve on, and I do see myself doing things like this anyway once all of this is over – in addition to what I would do usually. A good idea would be to do it for those who can’t afford tickets or those with accessibility issues, as being online makes it widely available to anyone no matter what their physical abilities are.

That’s a great point! You’ve been pretty active on social media during lockdown, including an Instagram takeover for us at Tap The Feed – are there any other things in the pipeline that you’re looking forward to?

On Tuesday, I’m doing a short Instagram live set with Café Kino where I used to work, and there are a couple of other groups who came through the place also doing it, so that’s pretty cool. Aside from that, I’m mostly writing. I wanted to record an EP this year which will still happen, but I’m tempted to go over that and release more music than I ever thought I would because I have nothing else to do, but we’ll see. I’m working with TEEN at the moment, who is an insane producer, and we’re coming out with a lot of really exciting things that I can’t wait for people to hear.

That’s so exciting! How are you pragmatically finding collaborating with people whilst in lockdown?

I actually love working by myself because it means I can work completely to my own timeframe which slows things down because I’m focusing on the minute details. If I look at a song as a producer, I’ll notice one thing, and then if I look at it as a writer, I’ll notice different things. Working with others speeds up the process and it’s so good to have other ideas, but I do love doing everything myself so it becomes all about that balance. I feel quite fortunate that I don’t have to rely on other bandmates at this time it would be so difficult.

What music has kept you entertained and inspired during these times?

Rina Sawayama released her album a couple of weeks ago, and that’s fascinating to me because I grew up loving metal and really heavy music. I really love the way she’s combined that with pop, and while it isn’t the same as what I’m doing, I really admire it. Aside from that, I’m listening to a lot of jazz and atmospheric music at the moment, because I find that when I’m writing and listening to pop, other people’s melodies and words become my own and I don’t want that. It kills my imagination a little bit.

What’s the first thing you want to get back to when the Bristol music scene re-opens?

When everything’s back on track, I can still record and write from home and still have the creative process as an ongoing thing. What I miss is photoshoots and filming videos. I’ve never filmed a music video before and I’d really love to do that. Aside from that, I’d just love to play some shows, whenever that’ll be. Having someone come up to me after a show and say they really enjoyed it really means something, and I think I want that to happen again.

We will be right there with them when normality resumes! Thanks so much for talking to us Mouse!

To keep up with all announcements and new music from Mouse follow her socials.