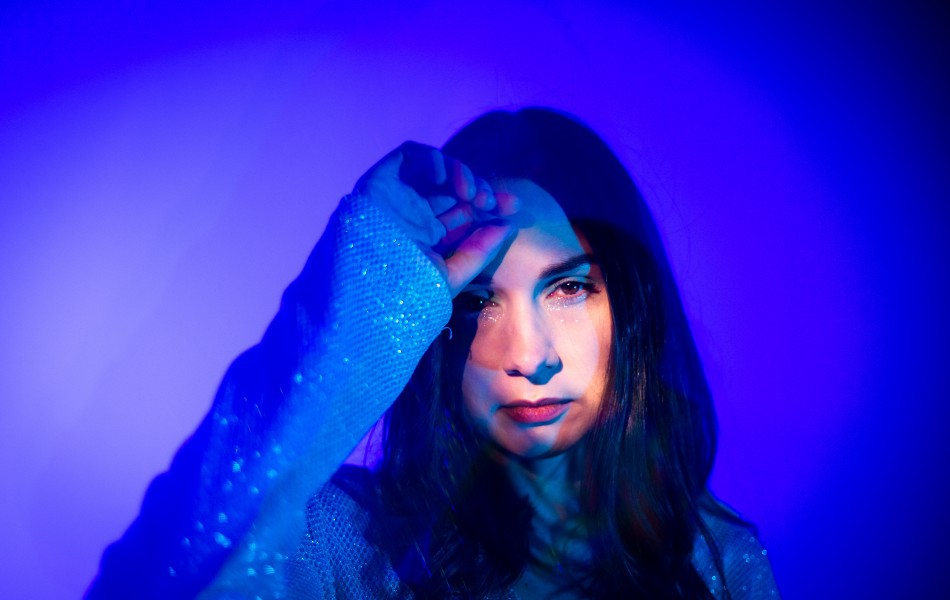 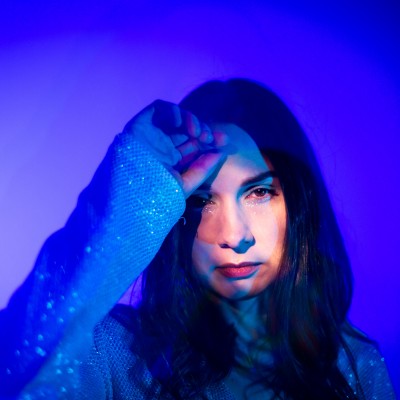 Natalie McCool is the new singer/songwriter on the pop block with a synthy spring in her step. Currently debuting her new hit single ‘Closure’, we grabbed a quick chat to find out more on how this sensation is storming the digital waves.

Hey Natalie, thanks for chatting with us! Times are pretty crazy at the moment for artists and the music industry, how are you fairing?

Natalie McCool: I’m doing well, from a personal angle it’s very strange not going out anywhere or seeing people in real life. However, I’ve had lots of fun online; writing songs, collaborating with other writers/artists and board gaming! More professionally though, not playing shows or rehearsing is a bit of a killer as that’s one of the things I most enjoy about being an artist. It does mean more time to put into writing, which I have been doing more of- It’s a balance isn’t it.

It is and making the most of the creative time and space that we now all have more of. Moving on to exciting news! You have a new single, ‘Closure‘ which came out last week, tell us a little bit about it?

NC: ‘Closure’ is basically a breakup song with a good dose of humour to it. It’s about the rainbow of feeling you go through during a breakup. It explores the extremes and everything in-between because experiencing all the feelings is necessary to achieve closure on it. The track itself is jubilant and triumphant, like the feeling of finally getting rid of that person from your thoughts. However, it’s also about self-belief, because all the way there you are constantly doubting your willpower and whether you are strong enough to finally be free.

There is a juxtaposing element of humour to the track, was this intentional?

NC: I love playing with humour and wordplay when I’m writing, it’s one of those things that makes me tick. Whenever I hear it in a song, I’m instantly engaged.  Some of my favourite writers are masters at using it e.g. Amy Winehouse and Alex Turner. I think it’s the mark of a great songwriter, to be able to weave wit into a song and do it well.

The track is a great, light-hearted message for all the heartbroken out there! You worked with the multi-talented, Kenzo Zurzolo on this single- how was that process?

NC: Kenzo is a very talented producer and synths player and is one half of the amazing duo Love Supreme. I worked with him on a songwriting trip to Paris as he’s based there. I didn’t know him at all before working with him, so us two just got in the room and started throwing ideas back and forth. He had this driving & anthemic drum part which I really liked straight away, this sparked the idea of the lyrics. It emulated the triumph of getting over someone- like a huge middle finger to them. From start to finish the track for me never stops sending this message, musically.

Sounds like it was a musical match! Do you still talk?

NC: We made a beautiful connection actually because we wrote together on another trip. Each time I go to Paris we always try and meet up for a drink and a catch-up and he also came to my last show there too. That’s one of the best things about music, it brings like-minded people together and that connection really lasts.

If you could collaborate with any artist, dead or alive, who would it be?

NC: Jeff Buckley. I came close though – I performed with Gary Lucas who co-wrote ‘Grace’ and ‘Mojo Pin’ with Jeff and wrote all of the lead guitar parts to those songs. Gary was performing in Liverpool and wanted a local artist to join him on stage and sing both songs. It was a dream performing them with someone so involved in Jeff’s life and career.  Afterwards, he told me that he’d never heard anyone sing them like that aside from Jeff – which for me is the most touching feedback I’ve gotten in my entire career. He also told me about Jeff as a person and what he was like to work with, how they came up with the songs etc- I will never forget that experience and how much it means to me.

Wow, that is a memorable career moment! On that topic, your cover of Billy Fury’s ‘Wondrous Place’ was recently picked up by Sky to promote HBO’s new drama ‘The Third Day’ starring Jude Law. How do you feel about your music being used on TV?

NC: It’s amazing to hear your voice on TV! I’ve had my music used before but hearing my voice soundtrack Jude Law’s facial expressions is something else entirely! I think it’s also amazing to be part of that process – it’s really interesting learning about music supervision and what the industry looks for in a track.

Is this a direction you’d want to continue with?

NC: It’s not a completely different world to what I do but different enough to be fascinating.  It’s definitely something I’m more and more interested in working towards as a songwriter.  With ‘The Third Day’, the show honestly looks so good and it’s something that I would normally watch, so it’s an amazing bonus to be part of it.

What TV shows are you binging currently?

NC: I love ‘American Horror Story’. A lot of people don’t like horror, but it has so much humour to it that it’s not even horror. It doesn’t take itself seriously at all which other horror series and films do, which is why it comes off so good. There’s a TV series called ‘The Magicians’ too which is absolutely amazing! It’s like ‘Harry Potter’ but set in America with college students.  So, lots of sex and drugs, with magic thrown in- highly recommended.

You’ve really mastered all digital waves recently and even have your own podcast, McCool & The Gang. What inspired you to go down that direction and what is it about?

NC: ‘McCool & The Gang’ is “a big chat with people I work with and really admire”. I just wanted to sit down with other creative people I have worked with or whose work I admire and chat about life and what they’re doing, how they work, what’s important to them etc. As an Artist, I’m fascinated by how and why people produce the creative things they do, and I love talking about it, it gives me the warmest fuzziest feeling. I wanted to give that insight to other people, and it’s gotten such a great reception so far. I’m on the 5th episode now and it’s been a great journey so far. They’re released on the 20th of each month.

We will make sure we listen in for the next one on the 20th April! With everything you have on your agenda you also have a forthcoming album to be released. Can you describe the sound in 3 words?

Sounds great, we will be sure to keep an eye out for its release. Good luck with it all and thanks for chatting with us!

Follow Natalie McCool on socials, for more info on her new album release and upcoming shows re-scheduled later on in the year.