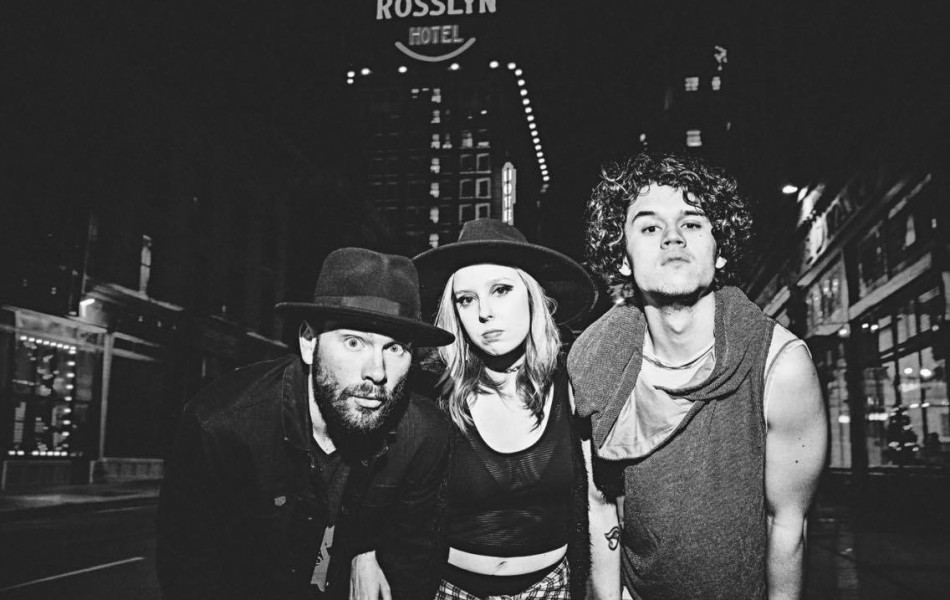 The Vim Dicta on ‘psychogroove’, touring and more 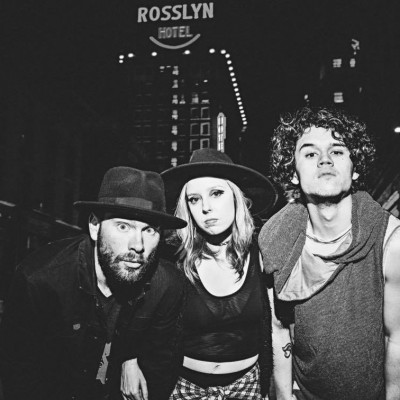 The Vim Dicta on ‘psychogroove’, touring and more

Original members Cori Elliott (vocals/bass) and Matt Tunney (guitar/vocals) formed The Vim Dicta in late 2011 and were joined by Chris Infusino (drums and percussion) in June 2013. They have been touring the UK since February this year and visas permitting, show no signs of returning home any time soon.

Our Geoffrey, who has been following the band on their tour, caught up with Cori before their Bristol debut at The Old England Pub on 15th July.

You’ve been in the UK longer than any other American band I can remember – did you plan the tour like this, or did it just evolve?

Initially we planned to tour here for just a month but it did evolve into a six month jaunt. We quit our jobs back home to pursue this tour with the intention of completely going with the flow. Fortunately, the response we’ve been getting led to more bookings and our decision to keep going and going.

You have been to a very great number of towns and cities on this tour – what are your thoughts on making your debut in Bristol?

We are excited! We’ve been to Bristol on a day off and really dug the vibe. But mostly, we’ve met a lot of people at our gigs, musicians and others, who have told us repeatedly that we should play Bristol. We hear nothing but great things, especially about the music scene there.

How did you choose the name of the band?

‘Vim’ means life, vitality, energy. ‘Dicta’ means an assertion or a statement. I think of it meaning something like “pure energy” but I sort of want it to be left up to interpretation. We put our names into an online anagram generator and played around with the words that came out. I thought ‘The Vim Dicta’ sounded bold and mysterious which could potentially be a good fit for our sound.

You describe your music as ‘Psychogroove’ – did you set out deliberately to create a sound significantly different from psych rock, and could you give us an insight into your creative and writing process?

It was mostly happenstance. Matt and I had been writing together for a few months back in 2010. We wrote this song called “Teaspoon” which sort of spawned the start of the sound we call ‘Psychogroove’. It has a latin-rooted groove base to it with a sort of heavy, erratic, spontaneity pulsing through. We decided to try and write more songs in the vein of that one. That was the beginning of the path to our sound.

I would say our creative/writing process is very subconscious-based and very collaborative. There have been times where songs come out of a random jam between us and other times where there are a few more steps. Sometimes I’ll bring an idea to the guys of what I have worked on so far on my own and we sort of hash it out, experiment and let it form as our instincts kick in. Lyrically, I hardly ever premeditate what I want to say. It really comes somewhere from my subconscious. I usually let the melody come to me when we’re hashing out an idea and the words form when they want. Sometimes, while listening to rehearsal tapes over and over in my car, the lyrics just come to me.

You’ve now played more gigs in the UK than in the US this year – with the social media buzz you’re creating are you hoping that this will open doors for many more gigs at home?

Yes, of course. We were getting a few cool gigs over the years but we know that several people back home are watching our progress and hopefully will see us as more of a “road-seasoned” band.

Your EP, ‘Von Tango’ came out in 2013 and you’ve debuted loads of new material on this tour – are you pretty much ready to record another EP, or perhaps even an album?

It’s been nice to be able to test out the new stuff here. We’ve definitely seen a great response from it so we are confident about getting some of these songs out there. Before we came over, we recorded a good amount of material you are referring to – our management is in the process of shopping the tracks, and together, we are trying to figure out how and when to release a few as singles. That should happen quite soon and might indicate if we will be releasing another EP or a full album.

Are there any notable differences in the way UK and American audiences react to your music in a live setting?

Yes, but to be fair, even though we’ve played hundreds of gigs back home, we haven’t done a proper tour of the US yet. We focused mainly in LA and several other spots in California, plus a few months in New York City and The New Jersey Shore and a few times in Austin at SXSW.

And yes! I do think there’s quite a notable difference with audiences in UK and US. I think here they have been way more verbally enthusiastic and intense in how they react to us! A lot of them post videos and pictures online days after our gigs. We’ve got a few guys who take really great pictures that will follow us from town to town sometimes driving miles and miles just to come see us! We’ve also had to re-stock on merch since we’ve been here, sales have been so good.

They’re much more loyal to music over here. We had been told for years that we should come play here (and other parts of Europe). I think the consensus was that we would be better received here and that was one of the main reasons we came. I think the UK has this sort of “no bullshit” manner to it and that might go hand-in-hand with the fact that you guys are more open to different kinds of music.

Angie, your head of merchandising and videographer who is touring with you is providing a very high quality social media feed during the tour – is this something you’d recommend to other bands?

Yes. It really helps guide along the momentum a tour can create. I also think people love seeing what the band is up to, how it’s going etc. They want to live vicariously through you in a way.

Your video for ‘Point Blank’ is pretty startling and very physical. Did you create the storyline yourselves and were any musicians harmed during its production?

We had a basis for the story. I worked with the director on different influences and other films to reference for the video. But there was a lot of it that was very spontaneous while shooting. We were working on a tight budget with limited time and sometimes that creates an interesting result.

No one was really harmed. It really was very physical for me, you’re right. I had to cry, run barefoot on the hard desert rocks – we shot those desert scenes early in the morning so I was freezing for most of it and of course, I was naked almost the whole time. But I do think all of that helped with capturing some of the sense of vulnerability and intensity in the song and the video.

While you’ve been in the UK, have you picked up any of our British habits?

Yes. Definitely drinking a lot more Guinness, and saying things like “we’ll source it out.” The occasional “thanks mate.” Though I do love to make fun of you guys for saying “You alright?” so much. We’re alright, mate!