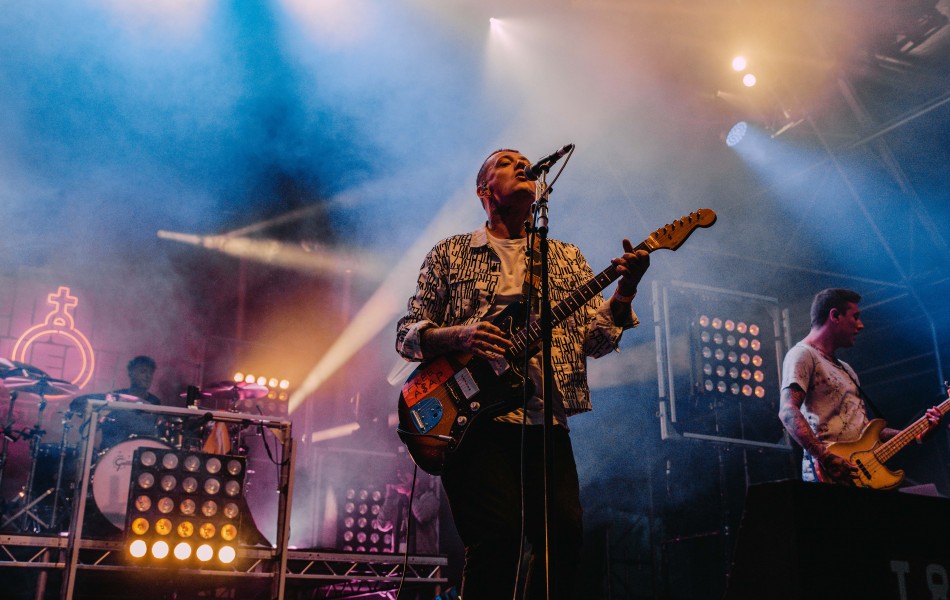 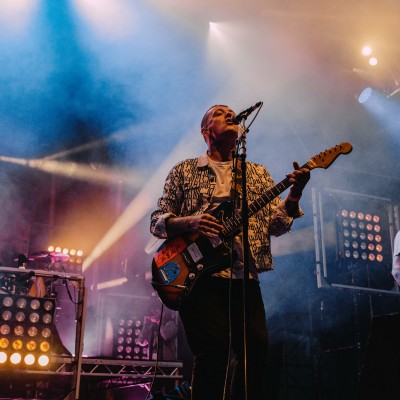 Nestled in a beautiful corner of the Cheltenham countryside, 2000 Trees Festival transforms Upcote Farm into a weekend of ear-splitting punk and hardcore for one weekend a year. The sheep are moved offsite (although they’ll still wake you up at 5am with their cacophonous bleating) and the field gets ready for three days of moshing and heavy, heavy riffs.

Headlining the Thursday night this year is returning 2000 Trees hero Frank Turner, who played the festival almost every year in its early days. The constraints of an hour long set actually suit Turner and his band well; they smash through their best songs without too much dithering around between songs, the only lull coming during a run of newer songs that are more acoustic based. Warming up the main stage immediately before Turner, Flogging Molly demonstrate why they’re still one of the best live acts on the circuit with an hour of raucous Celtic drinking songs. A well-oiled live machine, you don’t need to know their songs inside and out to get into the spirit of things.

Friday highlight As It Is exceed all expectations with a set of taught and emotionally intelligent emo rock. Early on they quip “Hello, we’re a band called My Chemical Romance”, and the similarities are obvious, with the black uniforms, heavy makeup and theatrical performances. Still they own the stage in their own right and make everyone leaves knowing exactly who they are.

One of the best things about 2000 Trees is the escape of The Forest stage, tucked away in the woods to give punters a respite from distorted guitars and pounding drums. Grace Petrie wings it acapella after her guitar gives out on her defiant protest songs, and The Xcerts’ Murray Macleod (and 2000 Trees ever-present) turns up for a customary hour of power ballads that gets everyone singing along.

Given the genres that dominate this festival, you’d think You Me At Six would have been here before, however they’ve spent their career to date punching for the upper echelons of festivals like Reading and Leeds. Having come to terms with their early success and accepted their new place, the Surrey rockers seem more comfortable in their own skin than they have in years. Early hit ‘Underdog’ gets an early outing and the predominantly teenage crowd lap up their hour of pop-punk singalongs. Admittedly newer songs are less widely known, but they’re delivered with conviction by the quintet. With lead singer Josh Francesci celebrating the power of the younger generation (and dropping numerous curse words while describing Messrs Johnson and Trump), there’s a triumphant air to the set from a band who feel more at home owning this smaller stage than overreaching for larger festival slots.

A masterful performance by The Skints provides a welcome change of pace on the Saturday afternoon, the group’s rap-infused reggae rock being one of the few deviations on the lineup from brute force rock bands. It gets everyone swaying in time for Frank Iero (of My Chemical Romance fame) to pulverise the Cave stage with his latest band The Future Violents. Something of a hidden talent while in My Chemical Romance, Iero is a fantastic songwriter and gutsy performer and it’s a rare treat to have him playing in such quaint surroundings.

It’s left to Deaf Havana to close out the festival, coming full circle to a festival they’ve visited over their turbulent history more than once, this time back to headline at a peak in popularity after radio success with new album Rituals. While they pepper songs from 2011’s emo classic Fools and Worthless Liars through the night, when their set really gets going is those newer pop songs, the quarter revelling in their reinvention. The seething mass of crowd surfers may be more drunk on cider than singalongs by this point, but the band give their all and have cemented their staying power.

Although it has distance to travel in terms of the diversity of genre on its lineup, 2000 Trees is a firm favourite among its many regulars precisely because they know what they’re getting, from Silent Discos to open-carry cans right down to the bands that get booked year on year. Another sunny weekend of moshing, sing-alongs and head-banging will have done nothing to harm Trees’ solid rep as one of the best small festivals going.